I can feel the sense of panic coming over the masses as Christmas comes inexorably closer. The calendar pages drift to the floor as the deadline nears. Only five shopping days left. 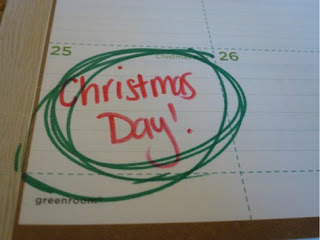 Source
Most shoppers in the stores have become impervious to the spirit of Christmas; the carols tinkling over the intercom and the Salvation Army bells ringing at the store entrances fall on deaf ears. Shoppers in the store are on a mission. Their eyes are fixed on a distant point and they seem like automatons as they push their carts through the crowded aisles in a quest to find gifts for those hardest to shop for. Perhaps they have visions of the perfect gift, or maybe the TV ad for the item is running through their minds in an endless loop. Regardless, they seem blind to all but their purpose. They bump into your cart. They hit your heel with their cart. They stop, momentarily abandoning their carts in the busy aisles. 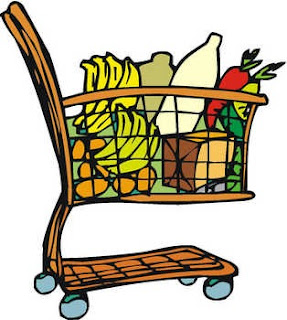 Source
I am so tempted. But I refrain. It wouldn't be in the spirit of the holiday. It wouldn't be kind. But, I can imagine it, can't I? Oh, it would be so much fun! Sweet revenge! The idea comes from a small book called, Life's Little Annoyances: True Tales of People Who Just Can't Take It Anymore by Ian Urbina. One essay in the book describes a fellow's retaliation on shoppers who are guilty of cart mismanagement. While they have abandoned their carts in the middle of the aisle, he slips a little something into them. Something embarrassing, or something expensive, or something that is so inappropriate, it is laughable....at least to the perpetrator!

This season, for example, one might plant:
Certainly I would never play such a prank on a harried hapless shopper - but the thought is ... tempting and tantalizing!
at December 20, 2011