(This month I will be participating in the A to Z Blogger Challenge... and we are getting close to the end! Where did April go?! Each day my post will begin with successive letters of the alphabet.  My A to Z Blog Challenge topics are inspired by our recent 90-day trip on our motorhome. Click here to see links to other responses to this challenge.)


W is for White Sands

Just before returning home we stayed in southwest New Mexico and visited the White Sands Missile Range. They have an impressive display of US armament that have been tested on the range from the 50's until more modern times. 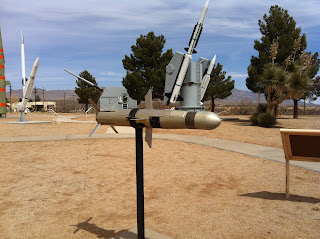 They had missiles that track their targets. 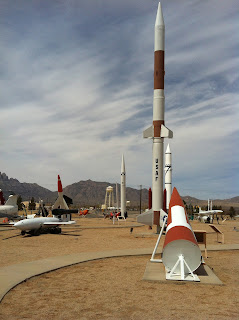 Missiles deployed from land and air. 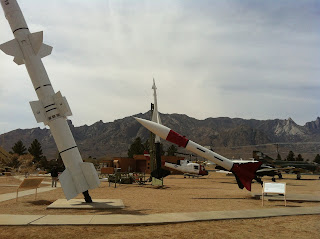 And even Scud missiles used in the Gulf War. 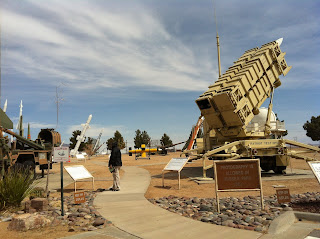 I hate that our nation has to develop and deploy devices to defend our freedom. But the White Sands area was so sparsely populated in the 50's when they established the testing range that at least its development didn't displace too many families.

I found it interesting to read how some missiles contributed to the development of others, and how that technology evolved. Part of that research and development involved two missile detecting dogs. They were used to locate parts from exploded missiles.

Components of the missiles were sprayed with squalene, a shark-liver oil that dogs can detect from quite a distance. Humans can not smell it. Dingo, a Weimaraner, and Count, a German Shorthair began seeking missile parts in 1961.

Evidently the dogs did a fabulous job at finding even the smallest parts of missiles.
at April 26, 2013

Email ThisBlogThis!Share to TwitterShare to FacebookShare to Pinterest
Labels: A to Z, Dogs, missiles, white sands