Whereas Zion National Park was best seen from inside the canyon,
most of Bryce Canyon, Utah is best viewed from above. 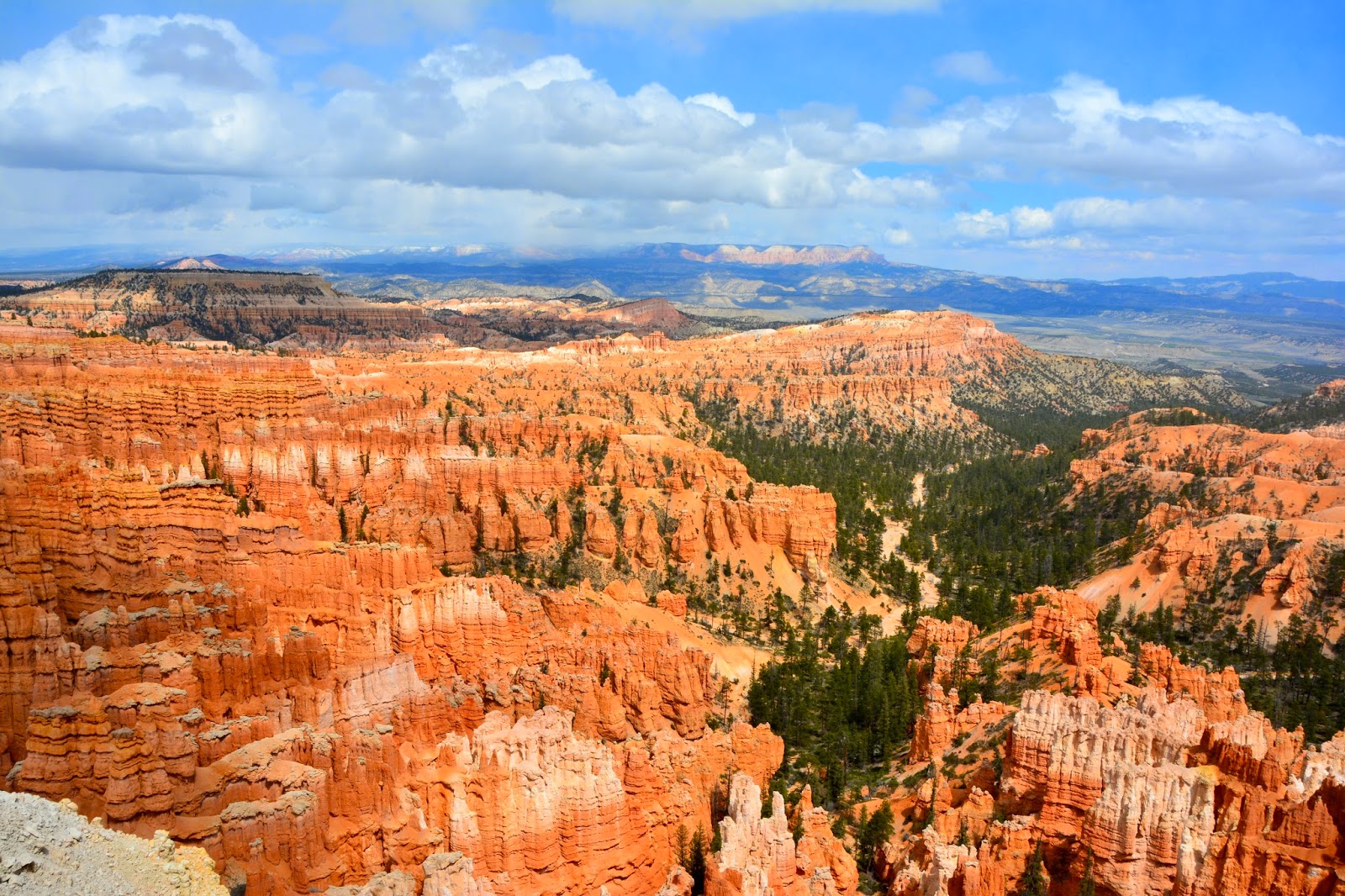 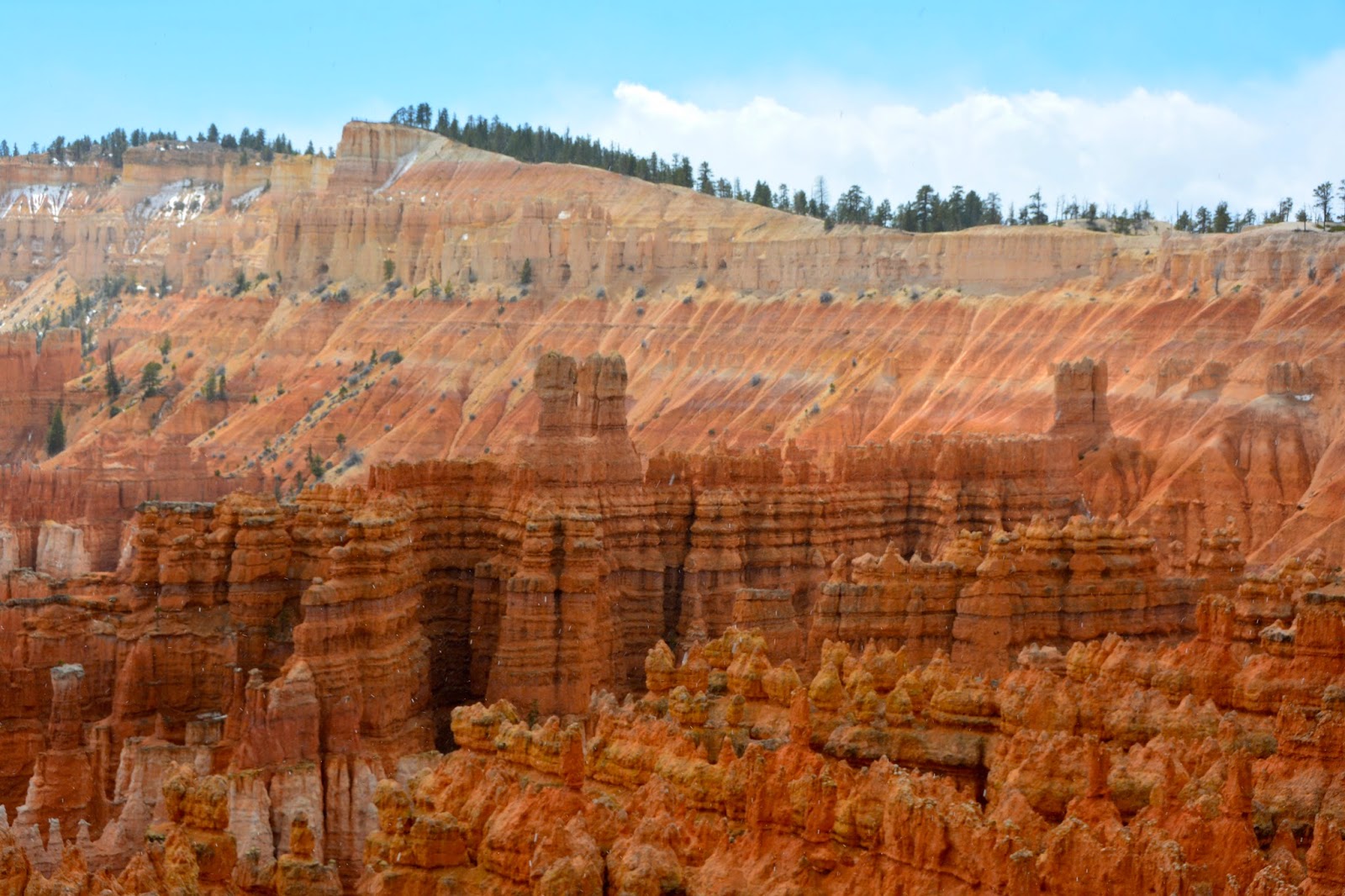 My first view of Bryce took my breath away.
One might think it was due to the brisk wind blowing in my face,
with a bit of snow pelting me,
but no,
it was the expanse and beauty of the place. 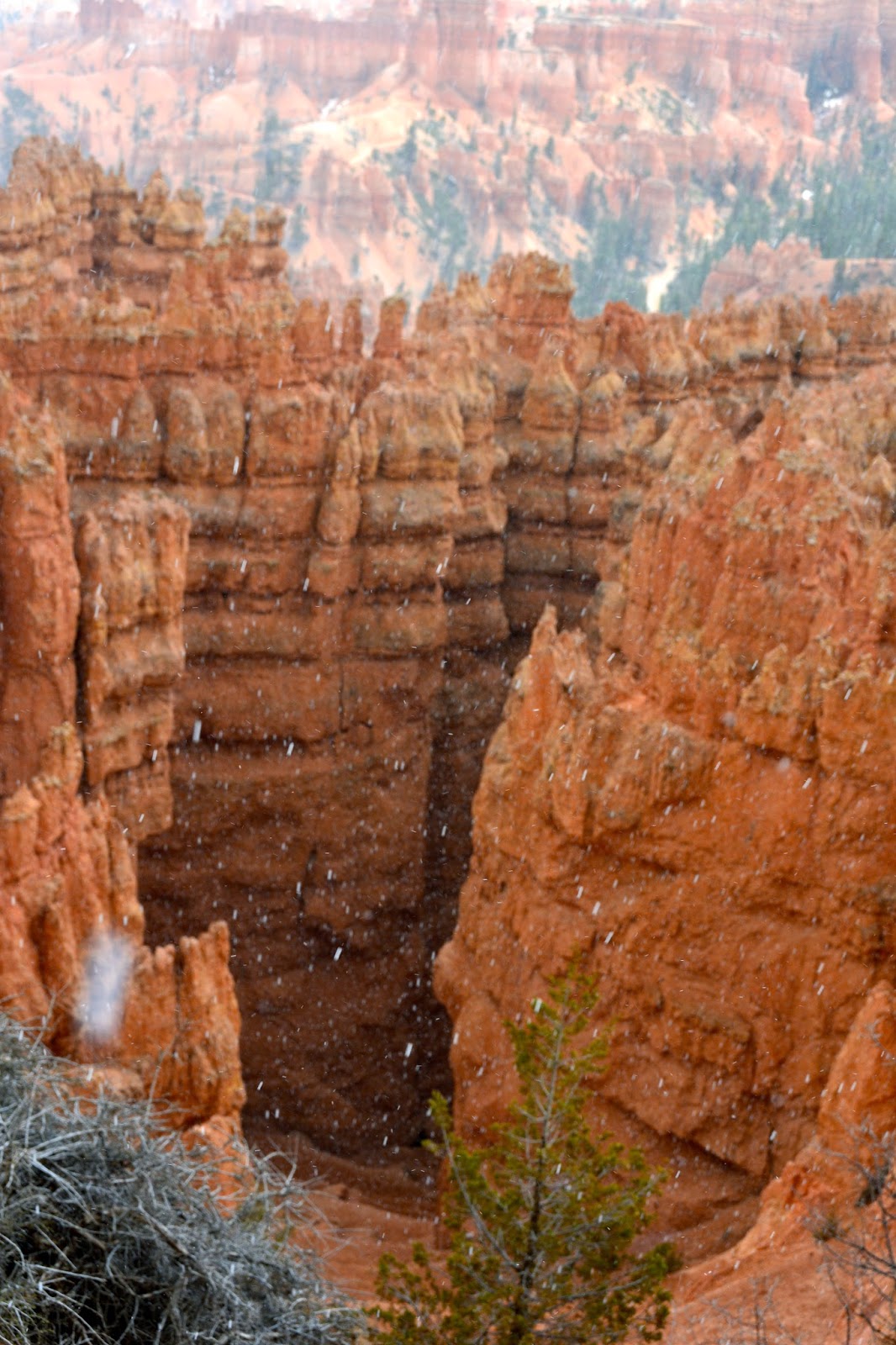 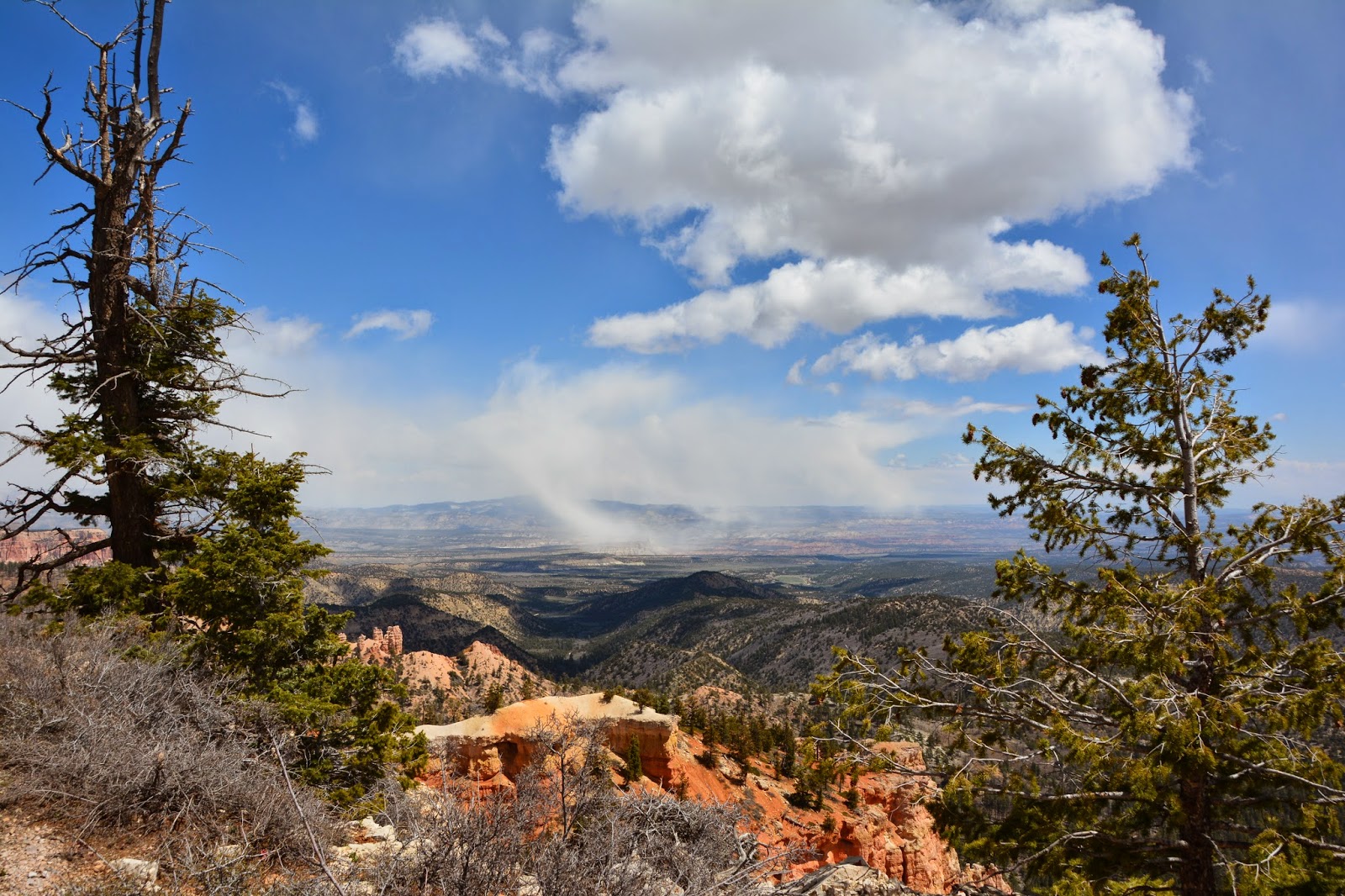 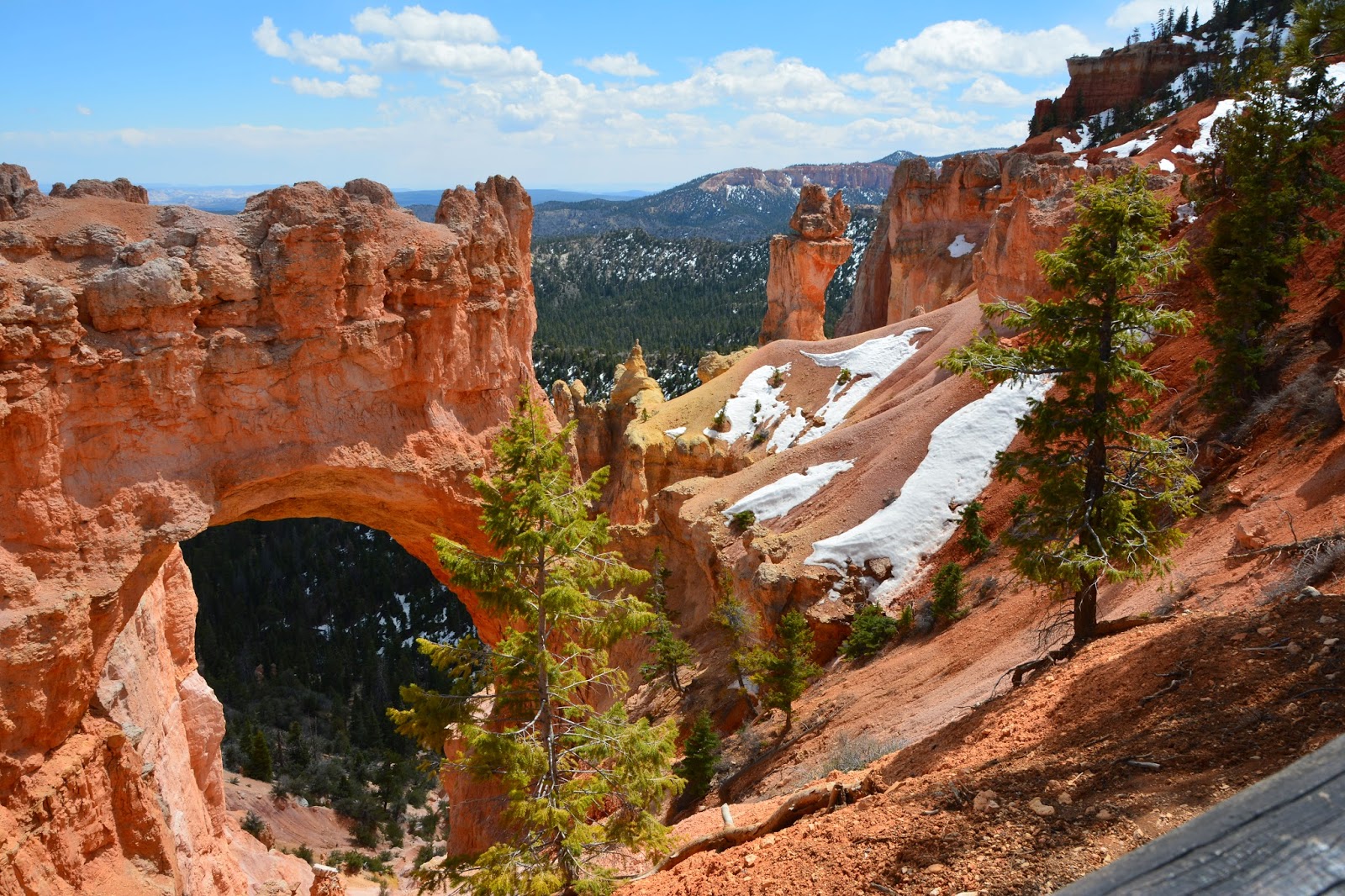 As we drove from viewpoint to viewpoint,
we experienced snow squalls and sunshine. 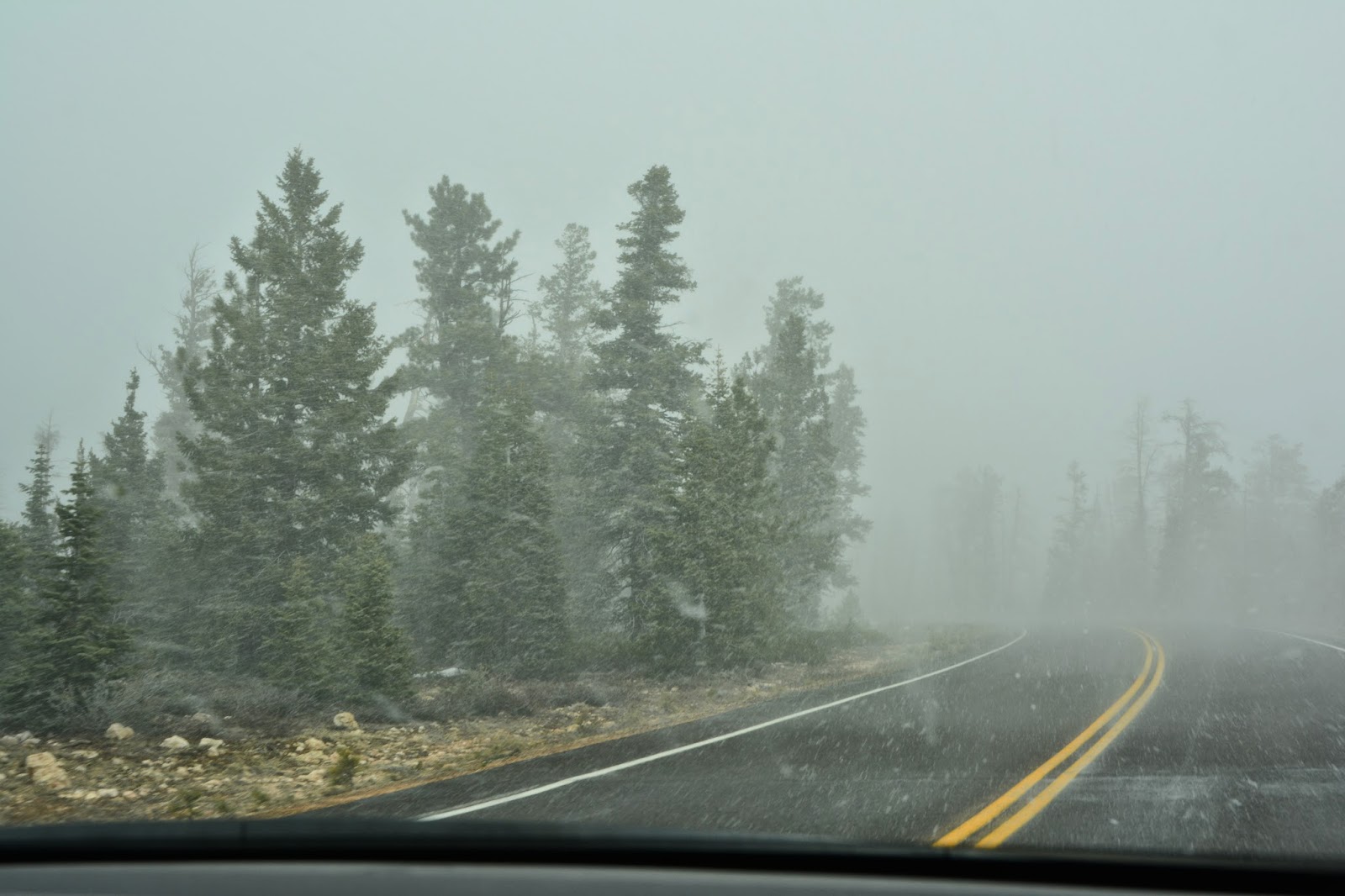 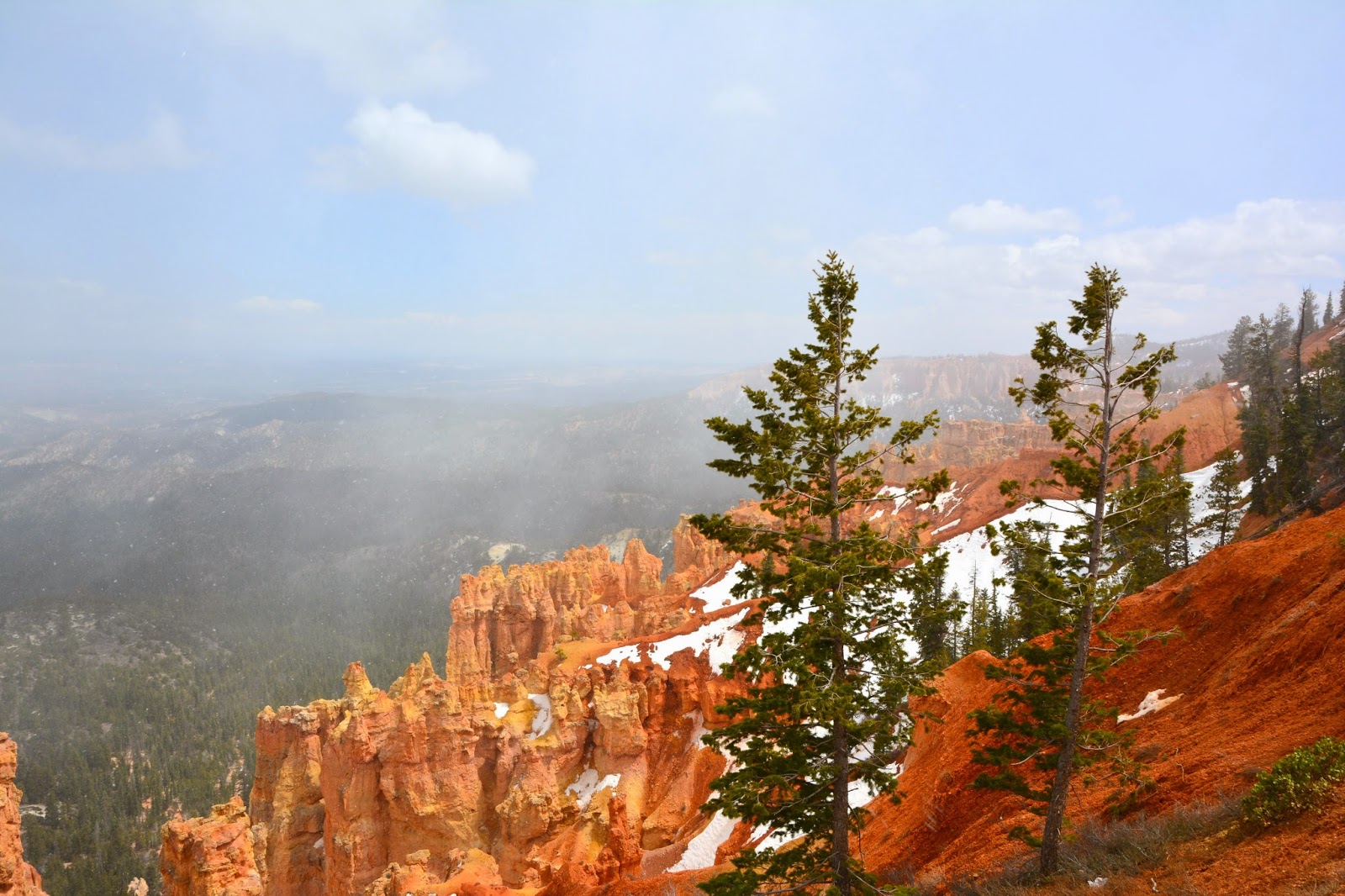 But the racing clouds alternating with brilliant blue skies brought their own sort of beauty to the grandeur of the knobby spires, called 'hoodoos'. 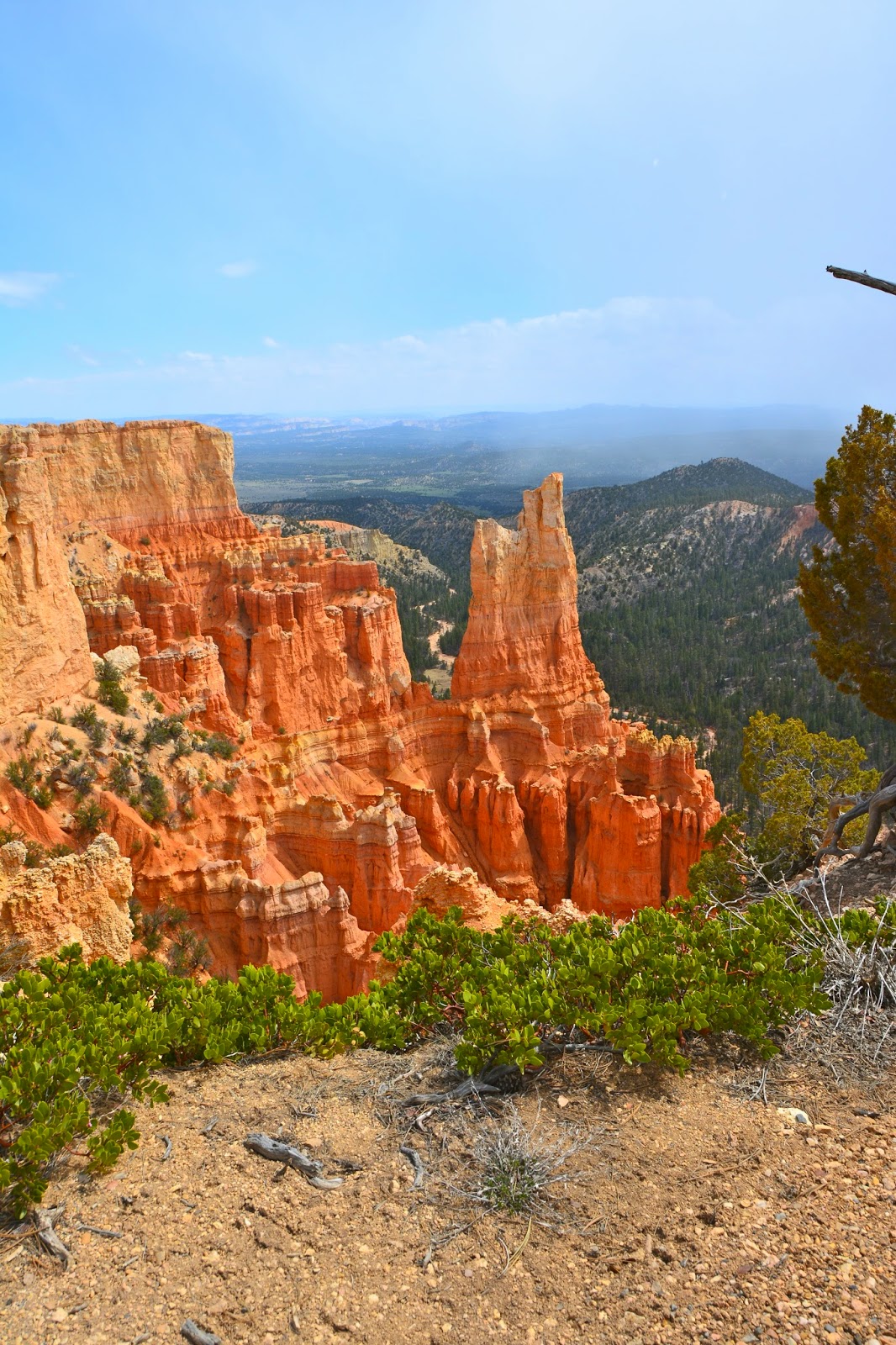 Although Bryce and Zion are only about 70 miles apart, they are millions of years apart as far as their geology is concerned. Zion is comprised of older rock formations (Mesozoic period) created 65 to 225 million years ago, while Bryce's rock was formed from 65 million years ago to more recent times, during the Cenozoic period. (I will be adding a brief post about the geology of this area later.) 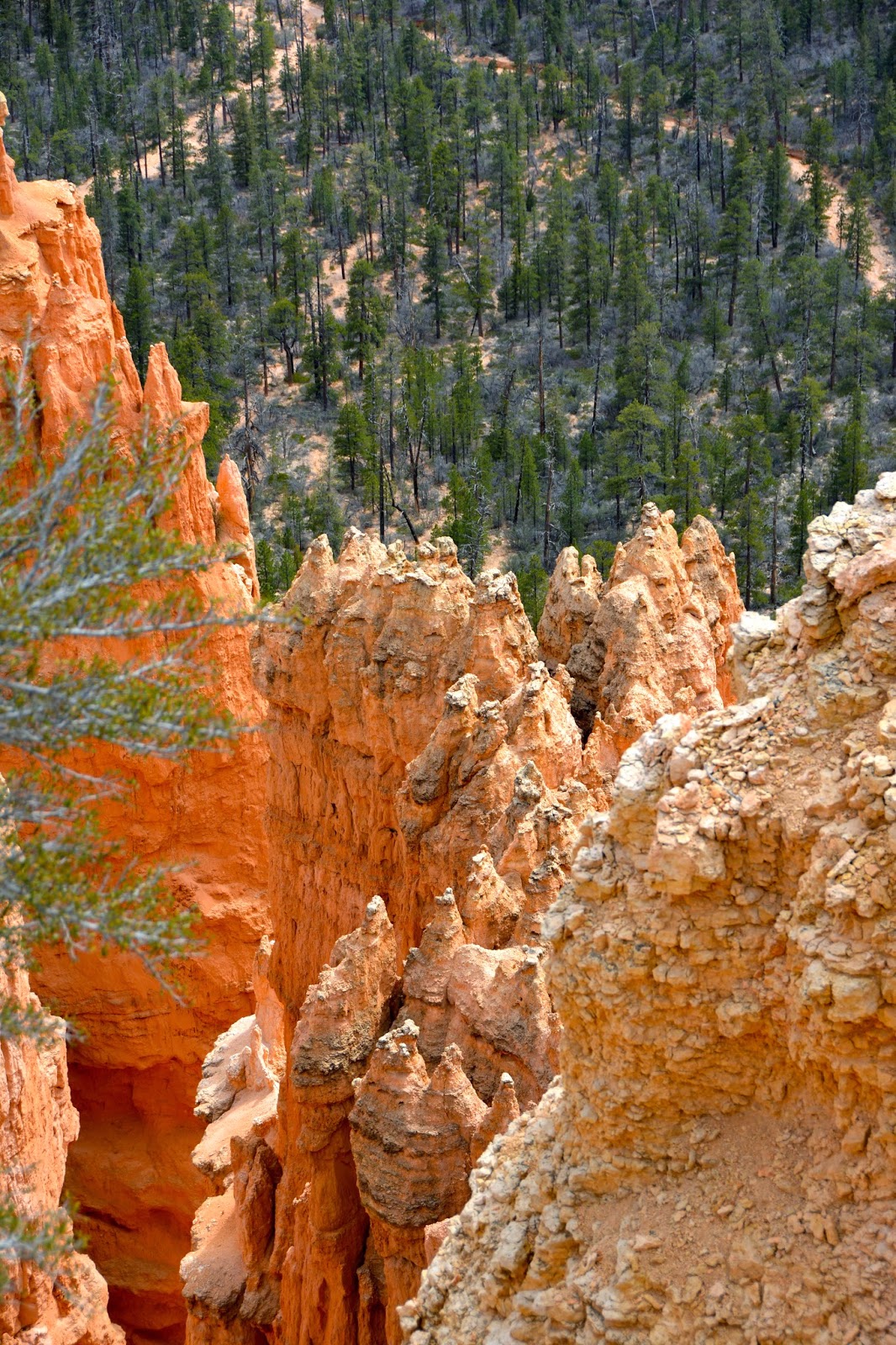 Ebenezer Bryce homesteaded here in 1870, and thus the name originated. Local folks referred to the area as Bryce's Canyon.