We drove to London....
via Lake Havasu City, AZ!

Lake Havasu City is where the famous London Bridge
was reconstructed beginning in 1968.

The bridge was purchased by Robert McCulloch (McCulloch Chainsaws and McCulloch Oil Corporation) at auction for $2.46 million. London decided to sell the bridge, originally built across the Thames River in 1831, as it was not able to support the increased demands of modern traffic.

But why, you might ask, would McCulloch want an old London bridge? He wanted the PR. He wanted to create a tourist attraction to draw people to Lake Havasu City... his city! McCulloch originally purchased some land around Lake Havasu to test boat motors. Later he decided to create a retirement community. Some sources say McCulloch was given the land in exchange for promises to develop it. Other sources indicate he paid a King's ransom for the land. Regardless, people weren't coming. He needed something to draw people to this off-the-beaten track area of Arizona. 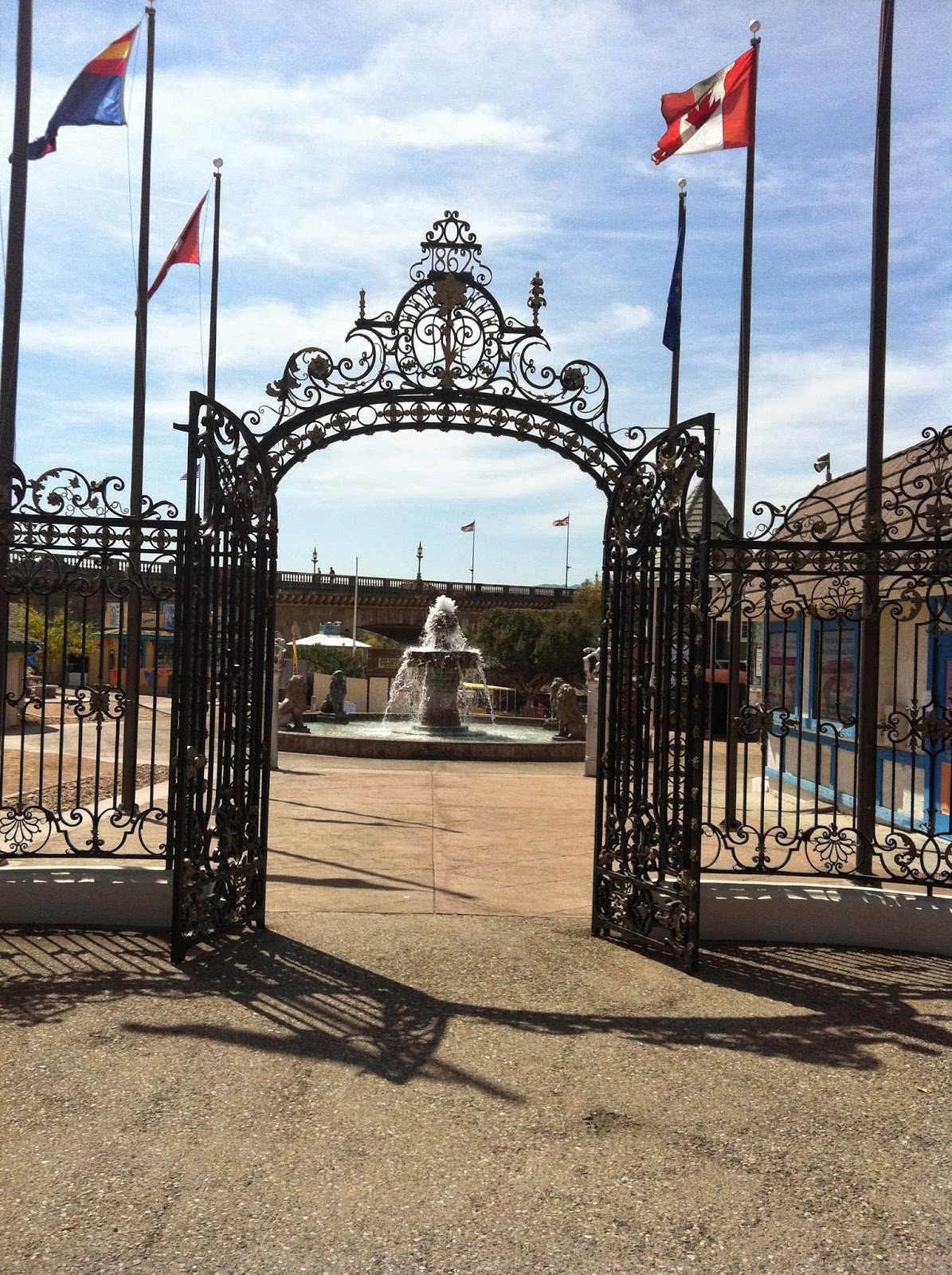 The bridge was disassembled and each granite block of the outer casing was numbered and shipped to the US. A concrete structure was built across to an island and the blocks of the original bridge were reassembled as a skin around the concrete bridge. The construction took three years, and as that was happening, a recreated English village was built on the mainland as an additional draw for tourists. 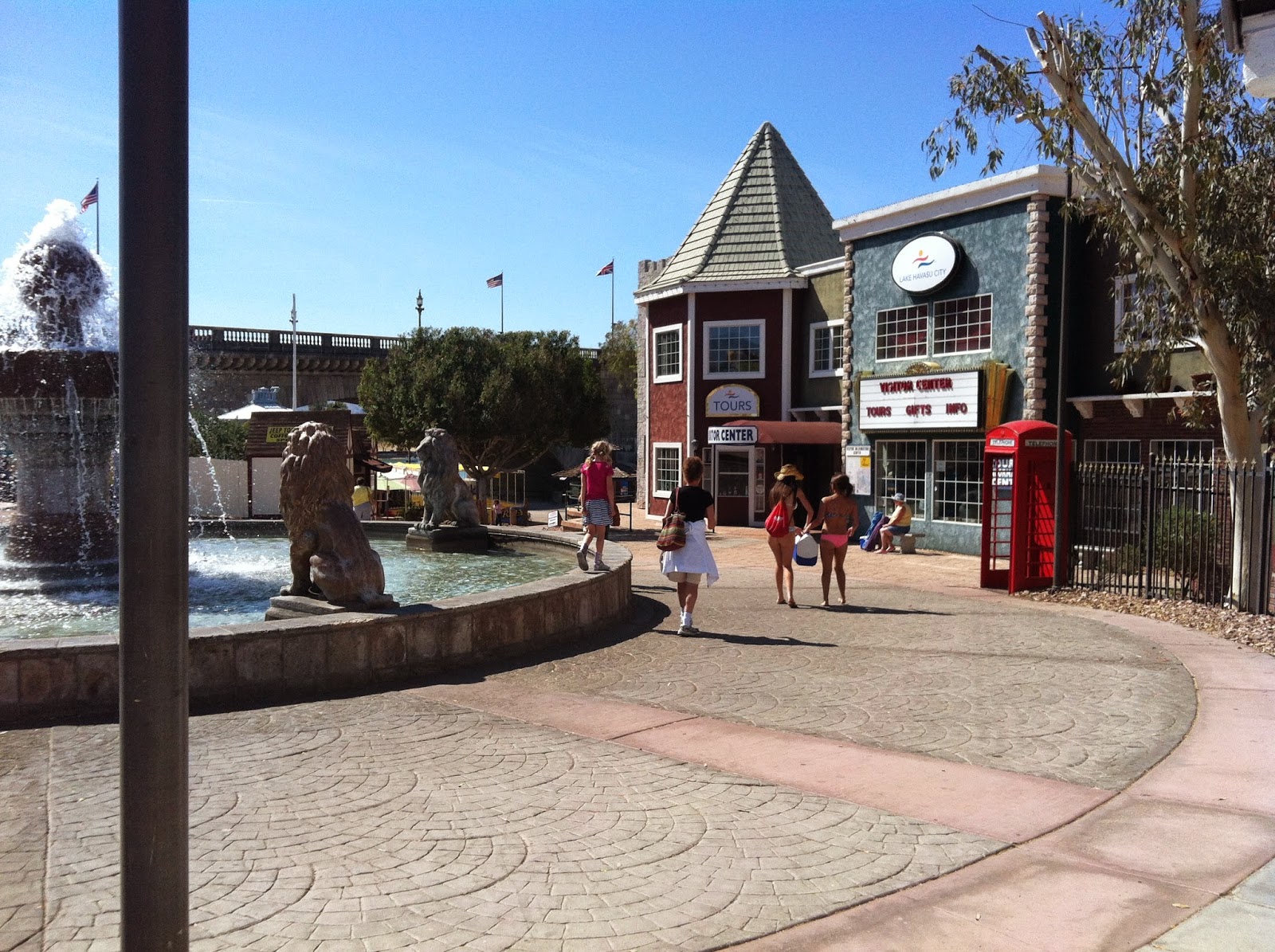 Much of the village had fallen into disrepair and has been demolished, but some buildings still stand housing shops and restaurants in the shadow of the bridge. 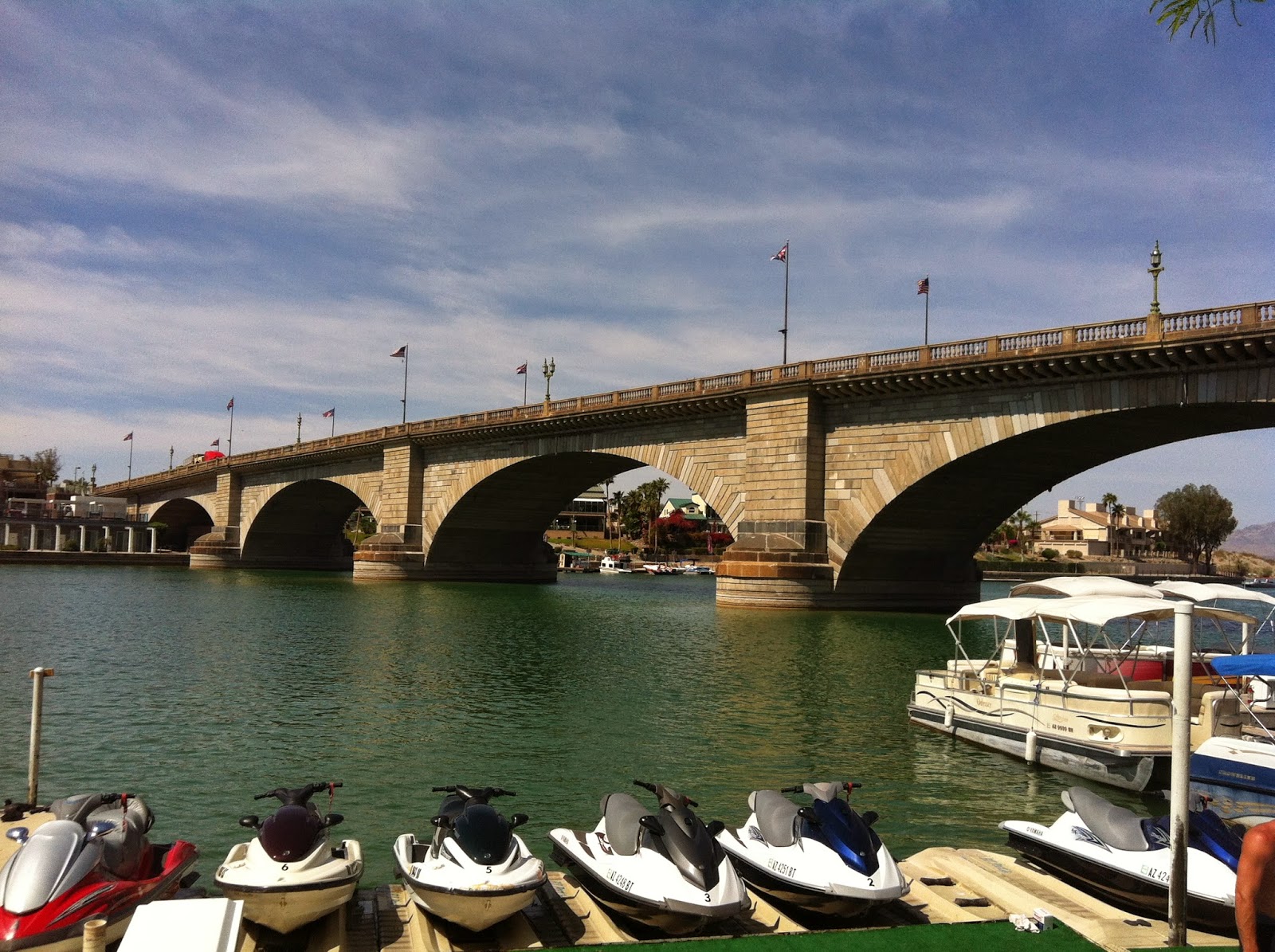 Because of the bridge, people did come to Lake Havasu City and construction of homes and businesses continues. I think McCulloch, who passed away in 1977, would be thrilled to see the buzz of activity in 'his' town!