Blinded by the Light

I have seen some amazing things while we have been traveling, but this ranks among the top. As we drove along I-15 through the Mojave Desert near the border of California and Nevada, we were literally blinded by light coming from a tall tower just to the west of the highway. 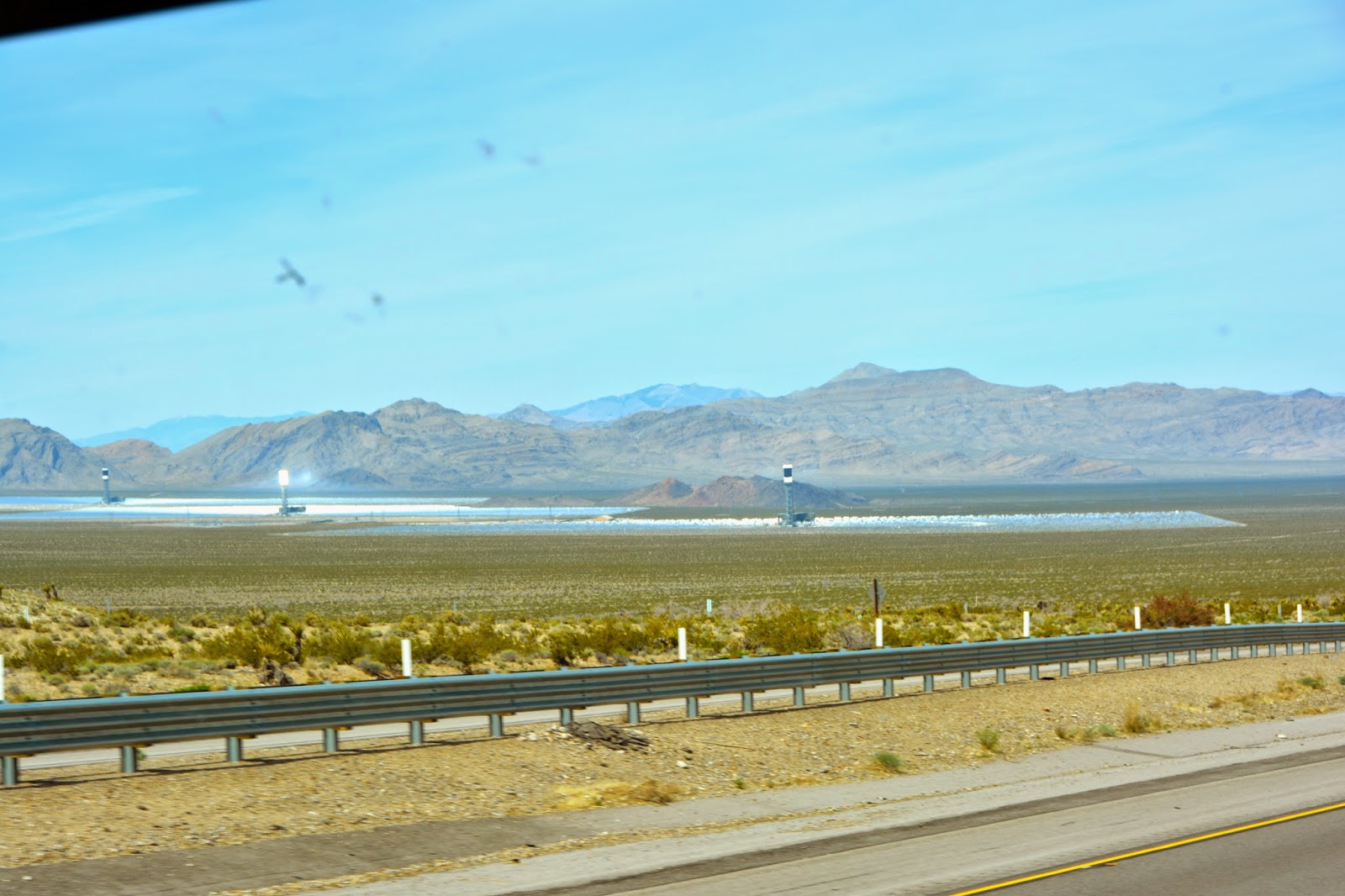 This is one of three towers that make up a new power generation plant, the Ivanpah Solar Power Facility, a BrightSource project. Light is reflected to the top of each tower by heliostats on the ground around the towers.  A heliostat is a special mirror that turns with the sun to keep the light focused on the target. The receivers at the top glow with heat that is produced by the reflected sunlight and is used to create steam, which drives turbines, which in turn, generates electricity. According to the Wikipedia article I consulted, the plant is expected to generate 3,641,946 MW without producing any carbon dioxide or other pollutants. 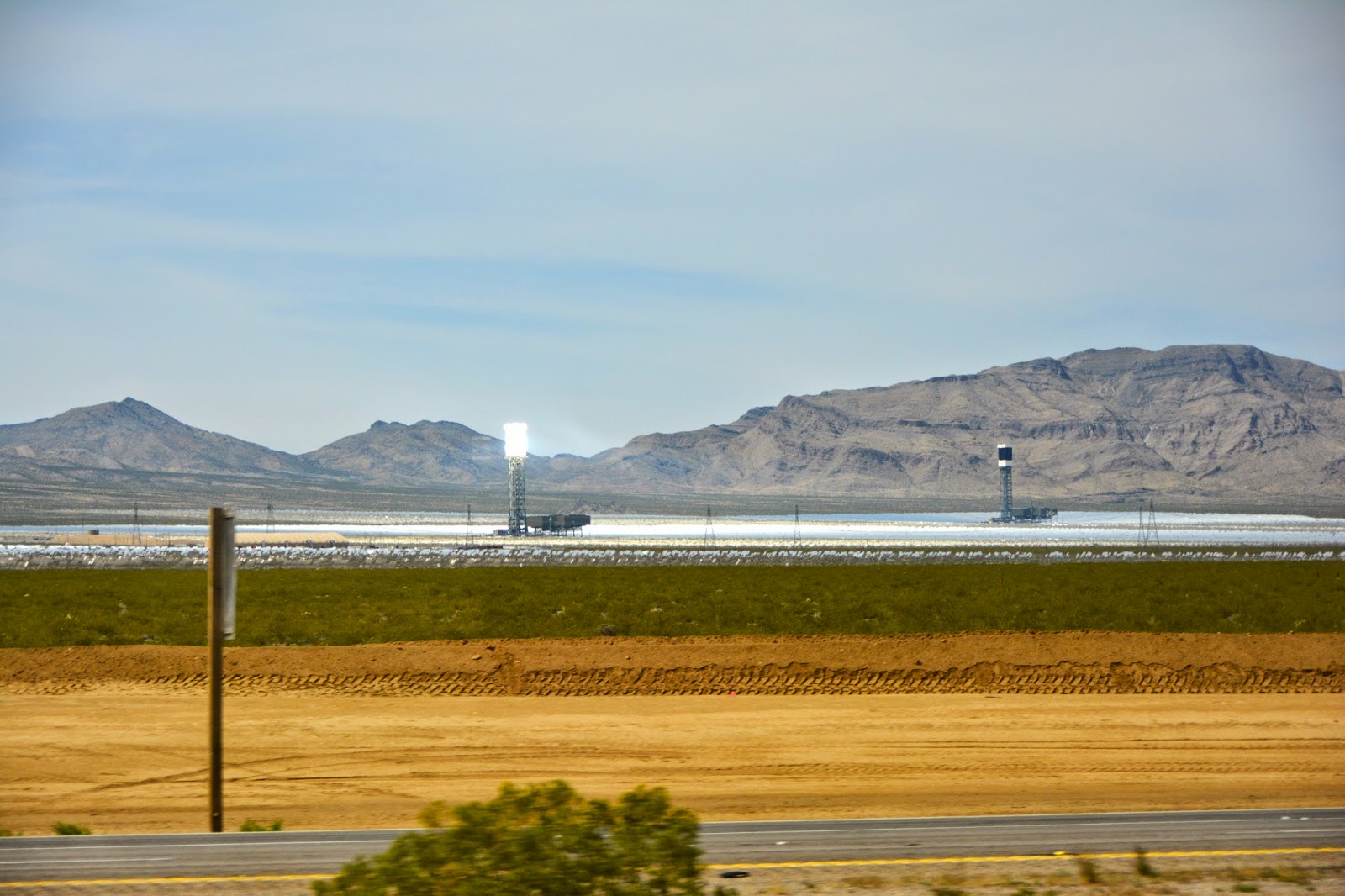 The Ivanpah Solar Power Facility recently performed a test run of all three towers, and expects to have them all fully operational by the end of the year. As we drove by only one tower was glowing.

Evidently there were concerns from environmentalists about the impact the facility would have on flora and fauna of the area, specifically the desert tortoise. Fences were constructed to keep tortoises out, and those that were found in the area were relocated. The heliostats were carefully placed to follow the contours of the land and avoid certain areas of vegetation. Following the test runs it turns out that some birds flying in the immediate area were burned by the intense radiation from the heliostats. I wonder if this was an unintended consequence, and whether projects are in the works to try to find something to discourage flight in this area.

The huge desert expanse dwarfs the power plant; I never would have guessed that the facility covers 4,000 acres, nor that the towers are over 450 feet tall. The field of white rectangles, the heliostat mirrors, is comprised of 100,000 mirrors that each have an area of 78 sq ft. Wow! 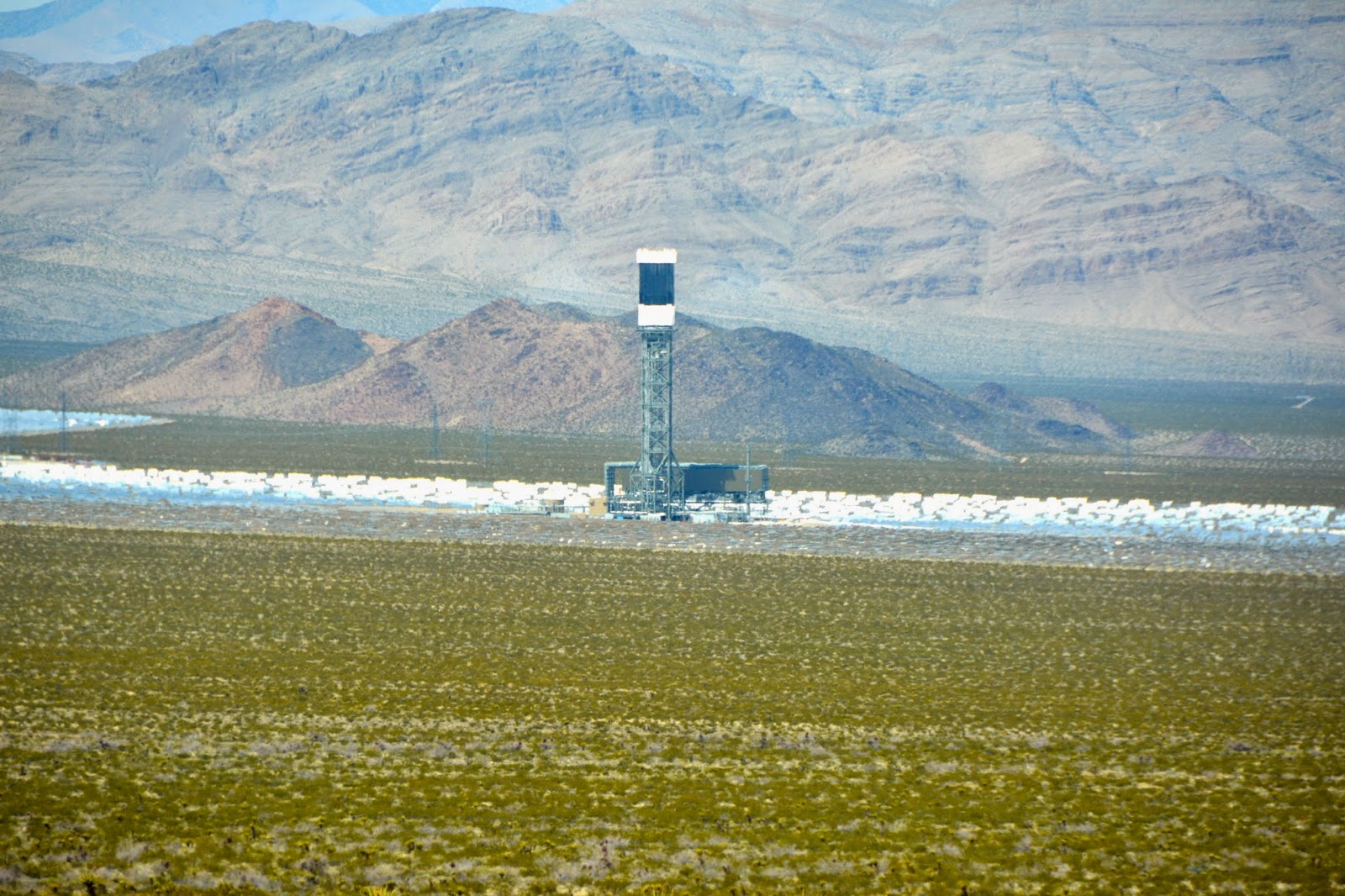 I am in awe of seeing new ways of generating electricity while minimizing environmental impact.