Oh, I am so glad that we no longer use Roman numerals. It takes far too much brain work to figure out that MCMXIV is 1914. That is the year that my Great Great Grandfather, Spencer Kellogg, published his book, From Boyhood to Manhood: Father. A postscript indicated that he had 100 copies of the book printed in Buffalo, NY. I recently came across books No. 10 and No. 38 while helping to clean out my sister's house. 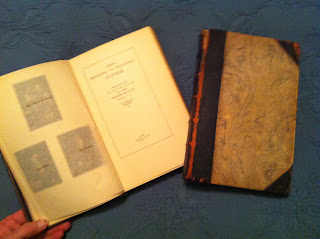 Spencer wrote, in the preface of his book, that he was considering writing a book about "Capital vs. Labor from the viewpoint of a capitalist according to the definition of Socialists"when his youngest son, Donald, suggested that his children would receive "much pleasure" if he would write a book about his boyhood days. I think Donald had a good idea. I would much rather read of a boy's life than the first proposed topic!
In the book Spencer covers all bases. He writes about schools, friends, holidays, Sunday school, fire engines, stealing apples from old Mr. Clisby... and carving his initials in the ball atop the steeple of the new Second Presbyterian Church in Amsterdam, NY! 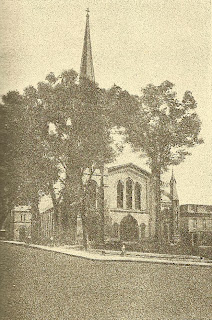 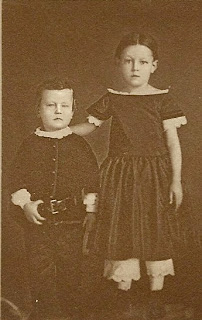