No News is Good News


The El Paso County Sheriff suggested, yesterday morning, that folks wash their cars, park them in an open area and leave the windows open! Apparently it worked as the Black Forest area did receive a brief rain in the afternoon.

Last evening's press conference concerning the Black Forest Fire brought smiles to the faces around me. I could feel the spirits lift among the folks staying at our home. The winds were not as strong yesterday and the rain helped dampen things. The fire didn't escape any of the boundaries, so my former neighborhood remains untouched by the flames. Fire found areas of timber within the boundaries that hadn't been burned during the first few days. The number of homes destroyed by the fire has increased to 473 - yikes! I believe that some of the increase may be attributed to verification of addresses of homes that burned previously, not from new damage.... at least that's what I am hoping! There won't be an update until noon.

We have settled into a routine with three families living under one roof. It's actually quite enjoyable to have extra folks to help prepare food and clean up - just like "Sister Wives"! Well, maybe not quite like that!

In addition to basic house chores and horse chores we find ways to entertain ourselves. One day we all tried a new treat to us... kumquats! Have you ever eaten a kumquat? Here is a sequence of pictures of Angie with her first kumquat: 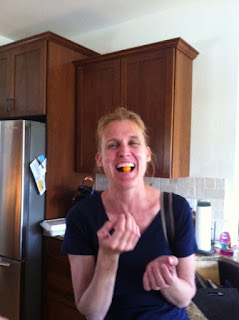 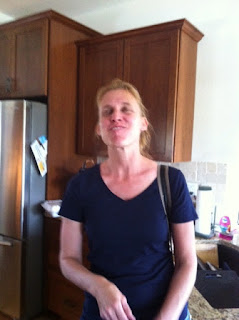 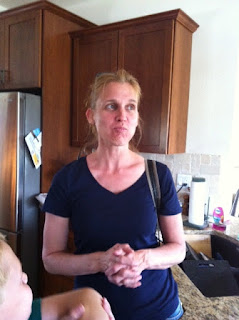 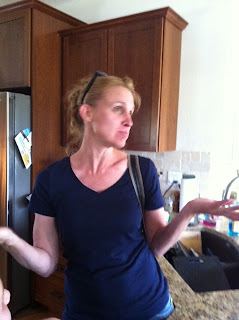 On another positive note, the mandatory evacuation for the area north of our former neighborhood has been removed. That means that my blog friend at Moondance Ranch can relax... at least for the moment.

This has been a wild, crazy week!