The salmon are running! We saw lots of folks out on the rivers to try to catch their limit of fish each day.
Salmon are anadromous, meaning they spawn in fresh water but live most of their lives in the ocean. It is amazing how far upriver they can be found. While visiting Idaho a few years ago, we went to a fish hatchery that releases salmon in Idaho rivers. Once the Salmon spawn, the fish die. The hatchlings live in the fresh water for a period of time, and then make their way to the sea where they live for a number of years before returning to the place they hatched out…. even all the way up the Snake River in Idaho!
On the Columbia River east of Portland there were a lot of fishermen who were using large nets to catch the fish. Evidently there is some controversy about the process as the fish are caught by their gills and it isn't humane.

Buoys mark the net running along the shore of the Columbia River.
There were literally hundreds of these nets along the river. 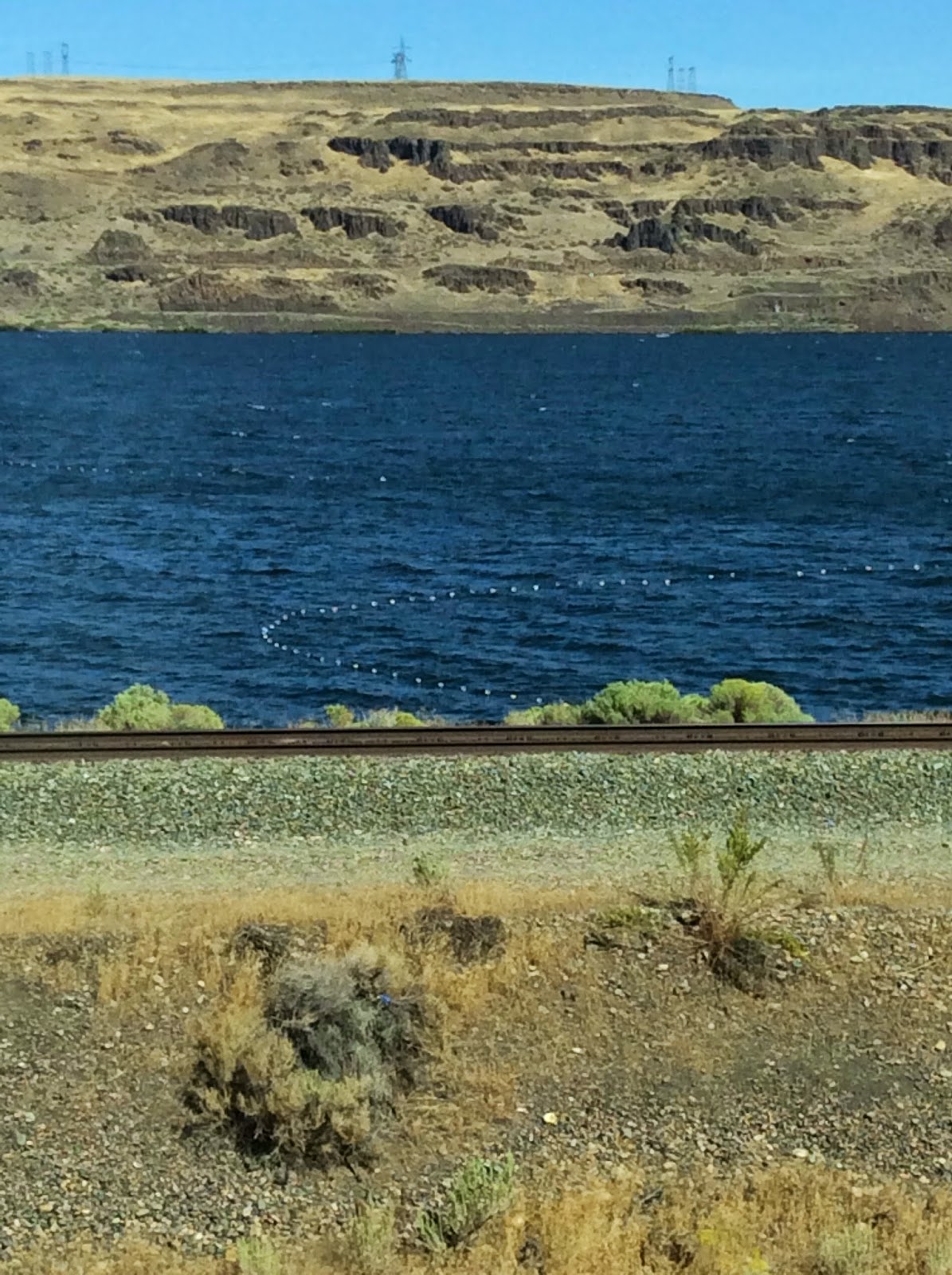 Fishermen pull in a net. 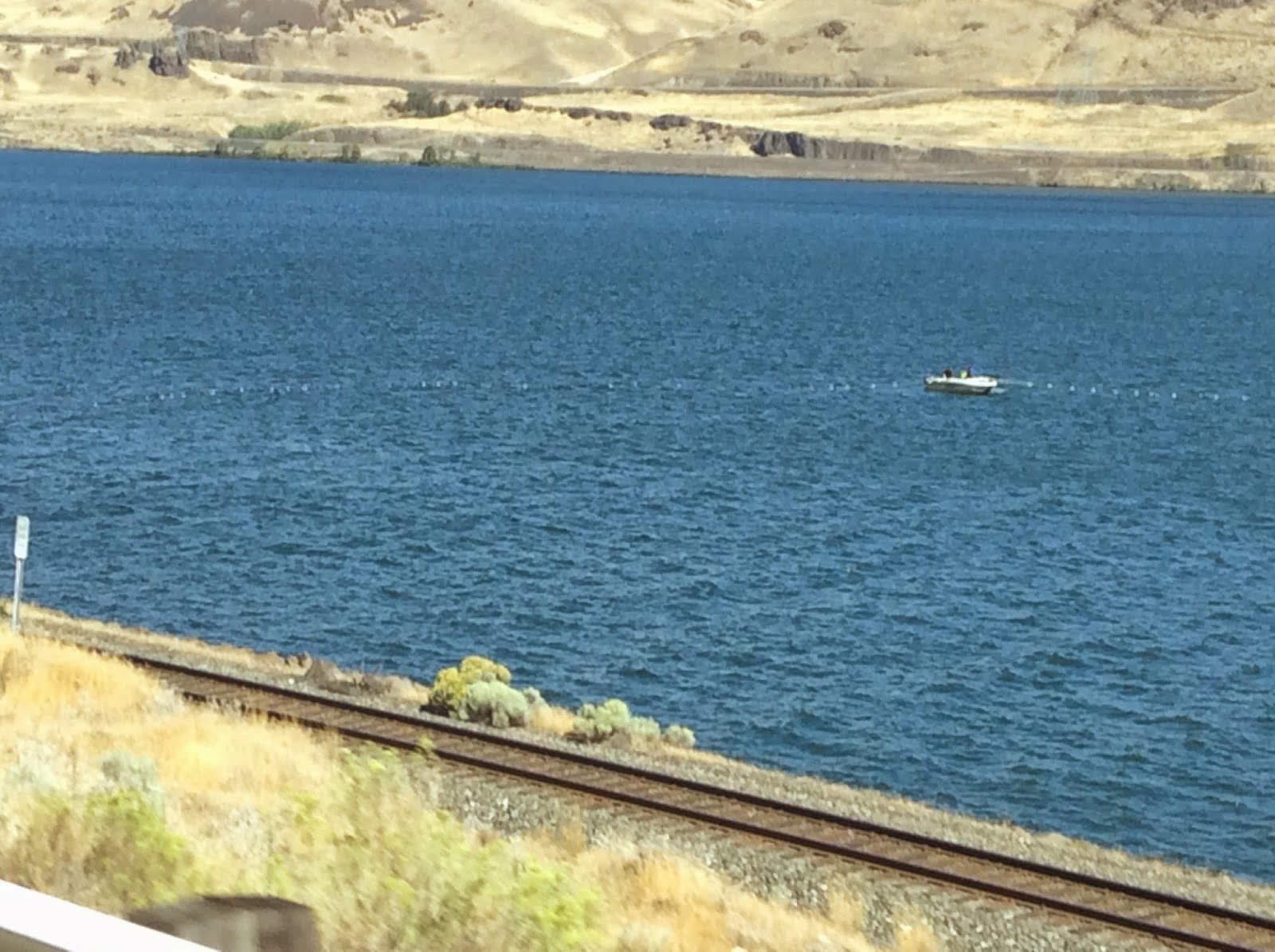 Both of these pictures were taken above the Bonneville Dam. Fish use a 'ladder' to get beyond the dam and move upriver to their spawning grounds. Here is a post I did previously about the dam.

Along the coast we saw many sport fishermen (and women) trying their luck. The mouth of the Rogue River was filled with boats.

As we went up the river we noticed many dories (pointed at both ends) with guides taking guests to the best fishing spots. These dories are often called drift boats because they put in up river and drift with the current. 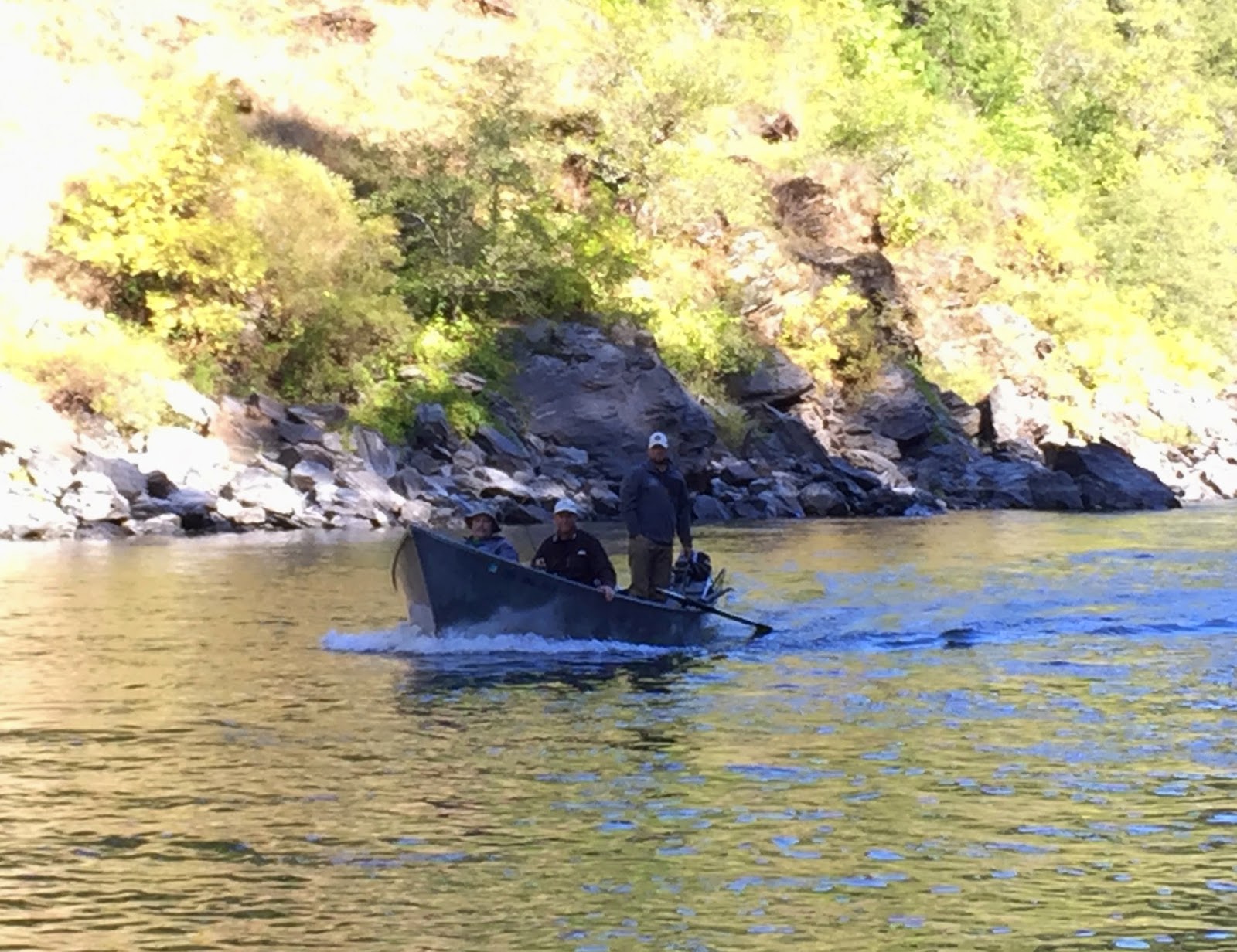 Well, OK, so this guide has a motor to help him along… but they are still called drift boats!

The guys are showing us their catch of "jacks". These are young Coho Salmon that have matured too early. Although not as a large as mature Salmon, these guys are happy because there is no limit on the number of 'jacks' one may catch. 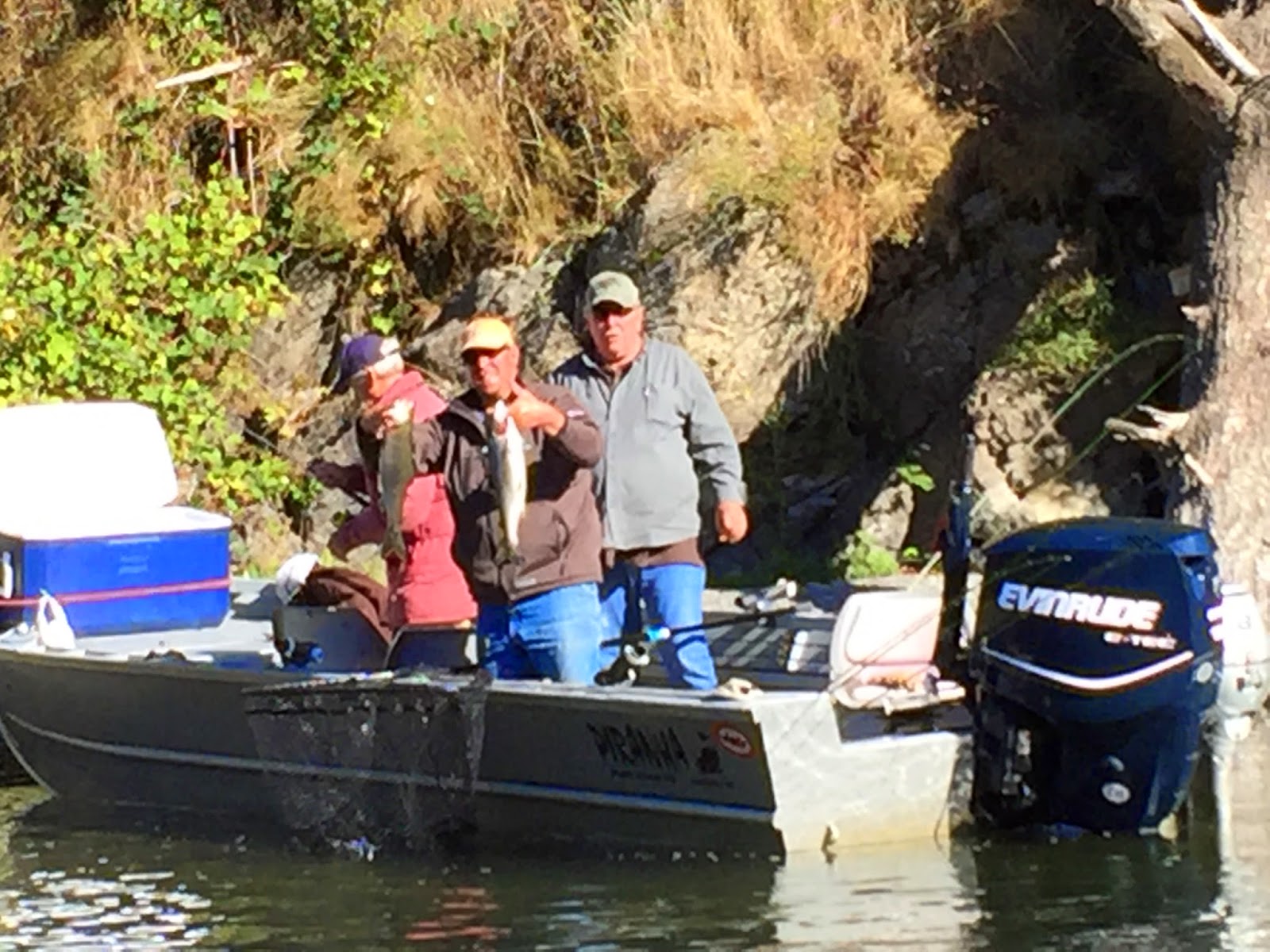 But, here is an even happier girl showing us her Salmon. It's a whopper! 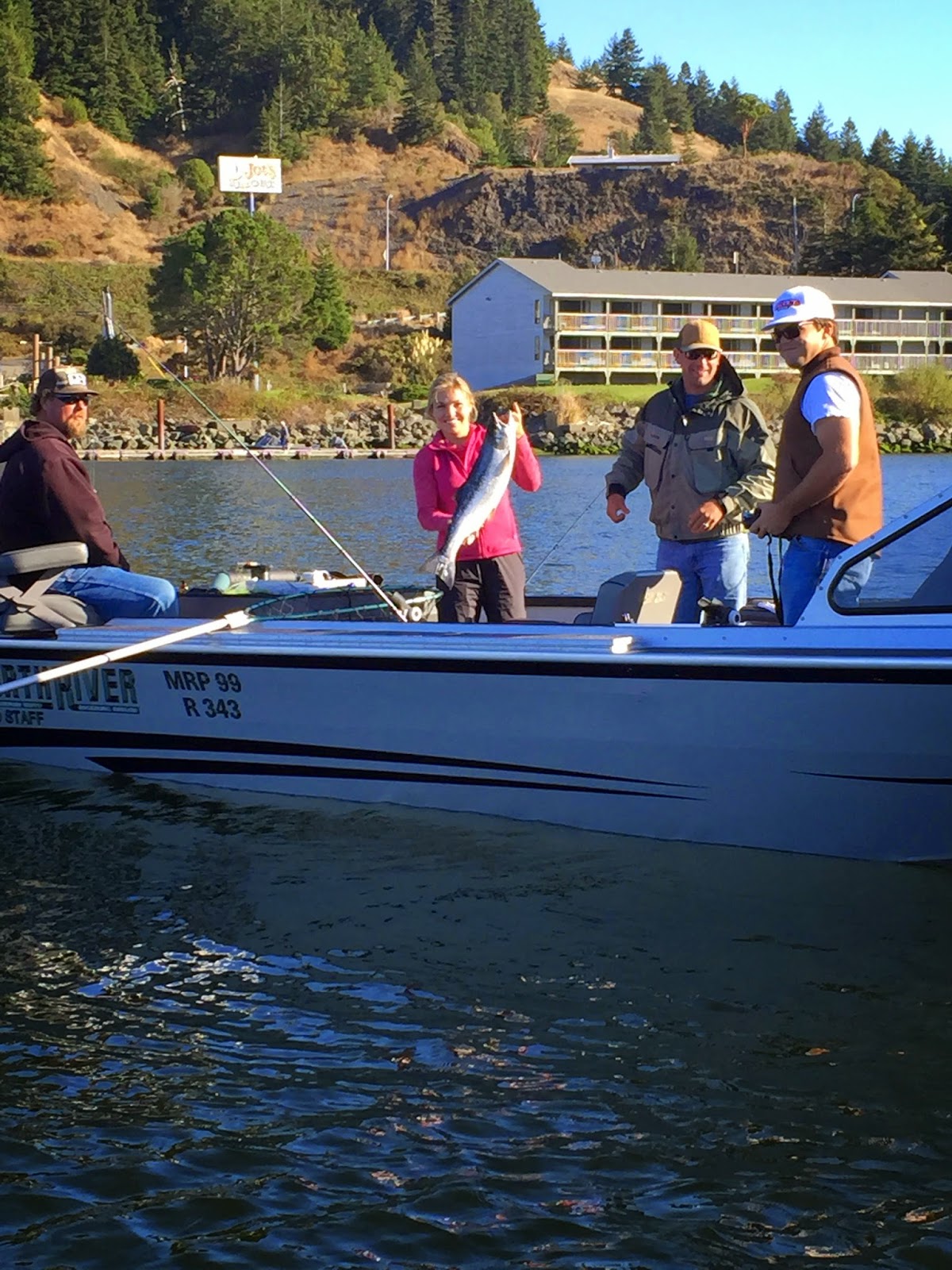 Along the way we saw other fishers…

A Cormorant dries his wings after diving for fish. 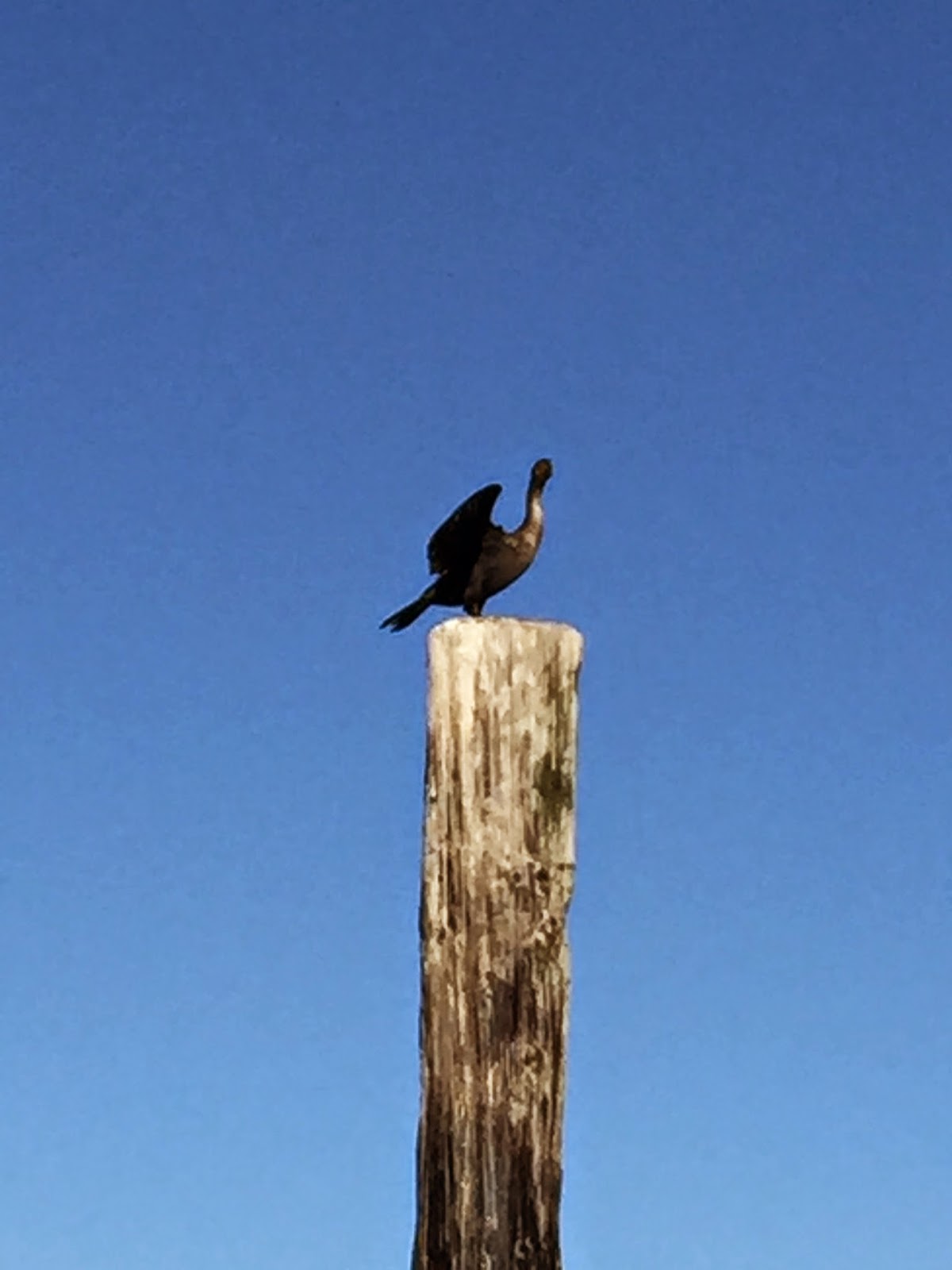 This Osprey must have been out fishing when we went by the nest. 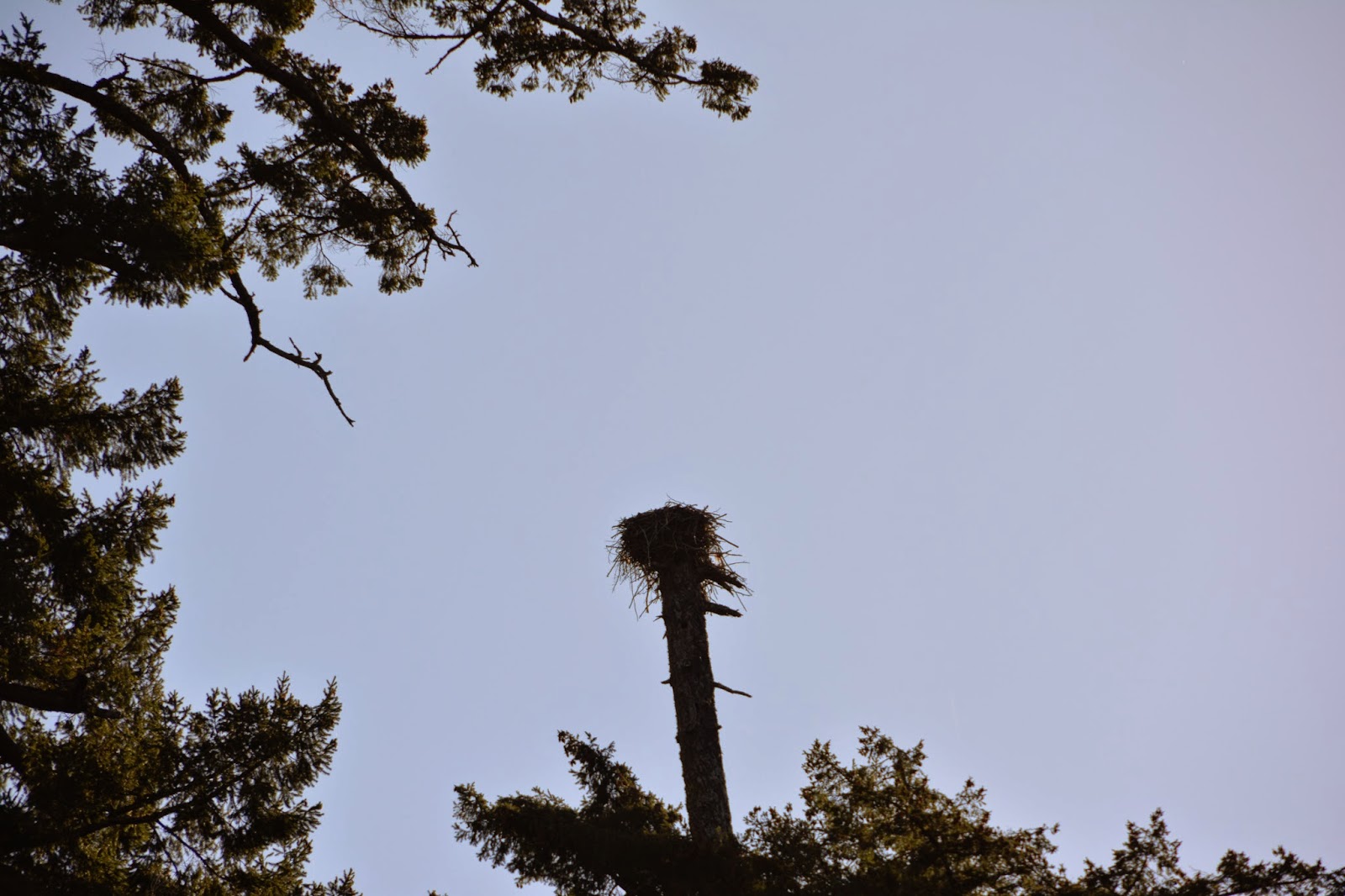 A Great Blue Heron flies alongside our jet boat. 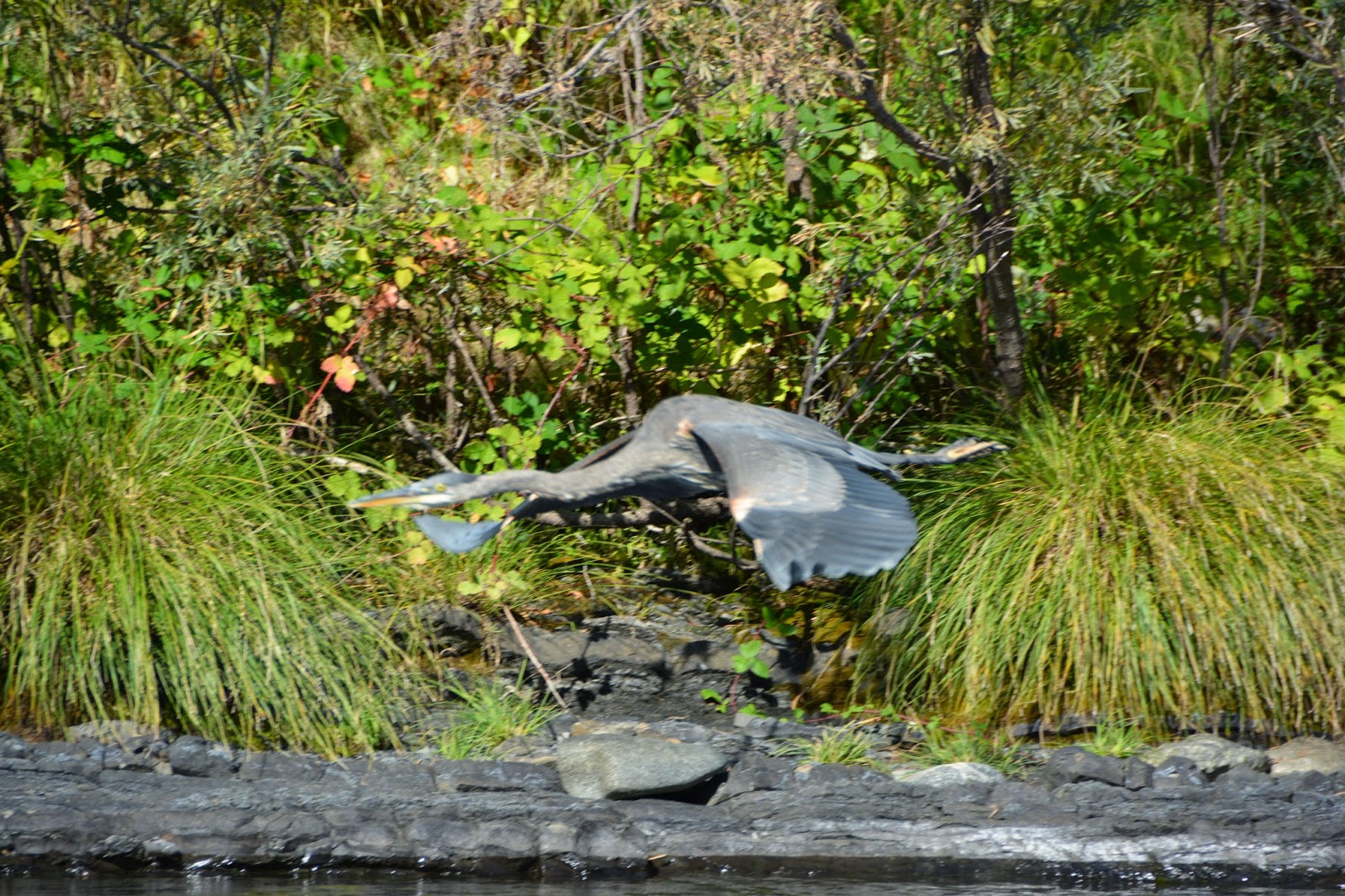 A Bald Eagle gives us a wary glance. 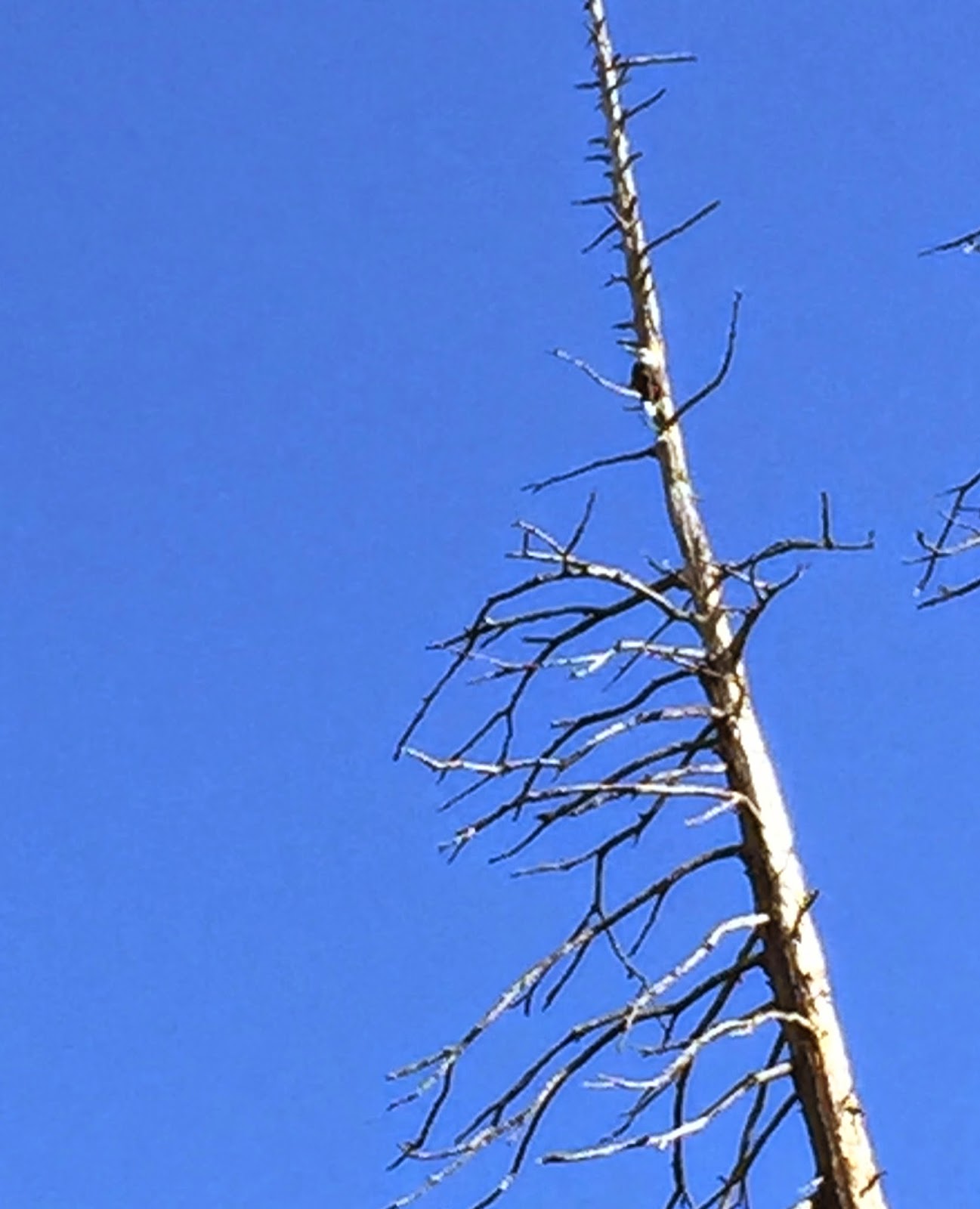