We Dreamers have seen a number of lighthouses on our trip down the left coast. I admire the efforts of several different organizations to preserve these wonderful icons from our past. The stories of historic places seem to tug at me, and I wonder about the lighthouse keepers and their families, and the lonely lives they often lived.

We had the opportunity to visit 5 of the 11 lighthouses in Oregon, and we stopped by a few in California. 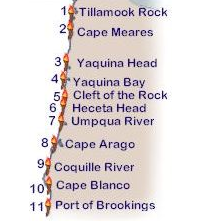 This is the Heceta Head lighthouse. This one does allow visitors up to the top, with a tour guide. The lighthouse was renovated in the 90's. They had a lot of work to do to restore the lighthouse to its original form. When lighthouses were automated this one had its windows bricked up to keep vandals out. Over the years additional stucco had been added in an effort to preserve the building. In actuality, the additional covering allowed more moisture to seep into the 'bones' of the building, and the closed-up windows didn't let the moisture escape. 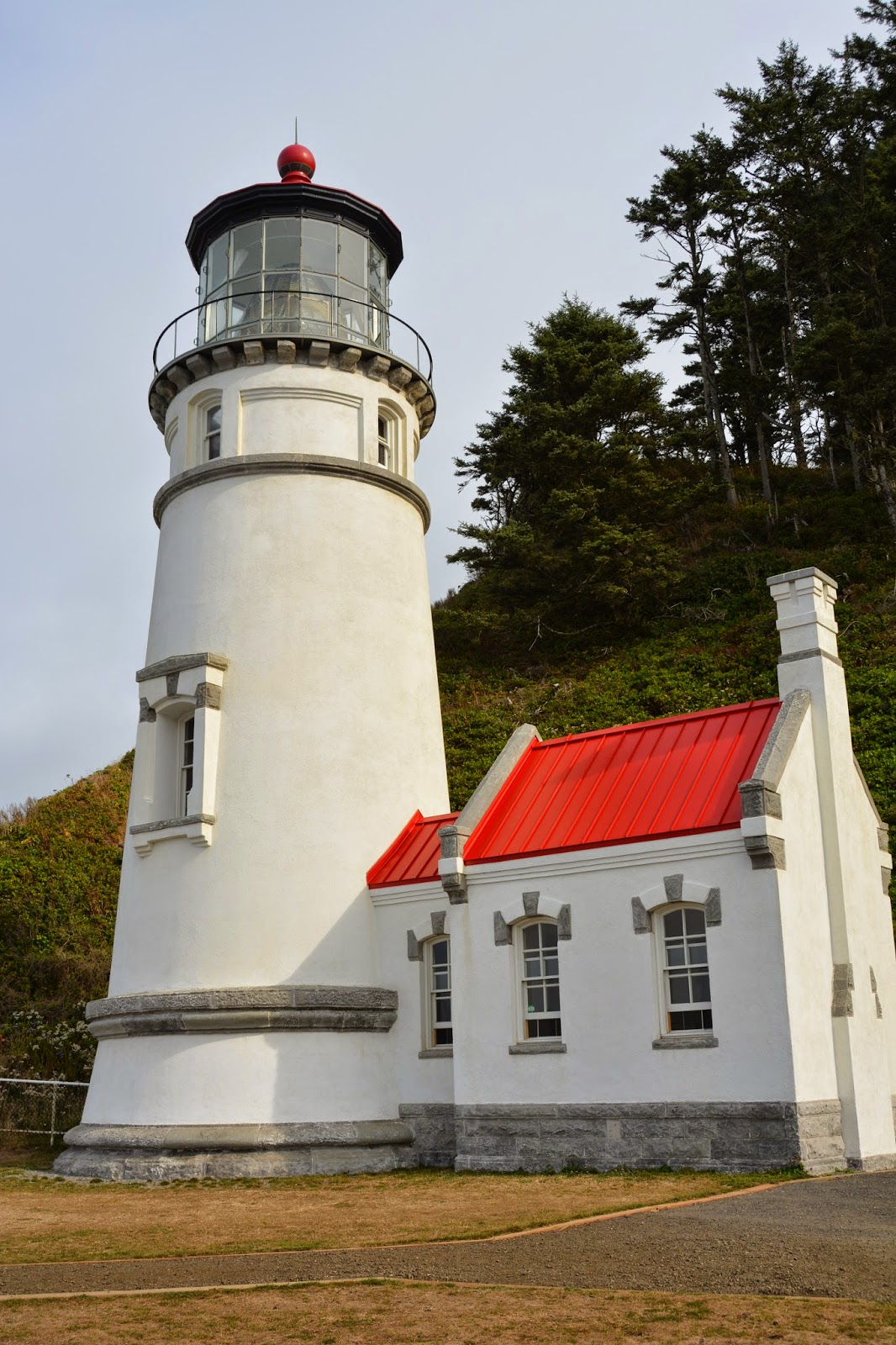 I found it interesting that the Heceta Head Lighthouse and the Umpqua River light were built using the same plans, to save money. The only difference is that the lens for one came from France, the other from England.

Lighthouses use Fresnel lenses. Fresnel, a French physicist in the 1820's, found a way to capture, intensify, optimize and focus light with his lens system. The system surrounds the light source with concentric rings of glass that refocus light. Thus, dispersed light can be bent so all of the light goes in one direction.

The lenses were described by their size as 'order of magnitude'. Lighthouses that needed to be seen the farthest away used first-order lenses, which were about 12 feet in height. Those in lakes or bays might have a sixth order lens. Today only a handful of lighthouses still have first order lenses in place (most having been placed in museums). In Oregon, the Cape Meares light and the Heceta Head lighthouse both have their original Fresnel lenses. One ring of a lens was broken while the Heceta Head lighthouse was being restored in the 90's. The replacement piece was in the neighborhood of $25,000… just for one piece of glass, albeit a very special shape of glass! 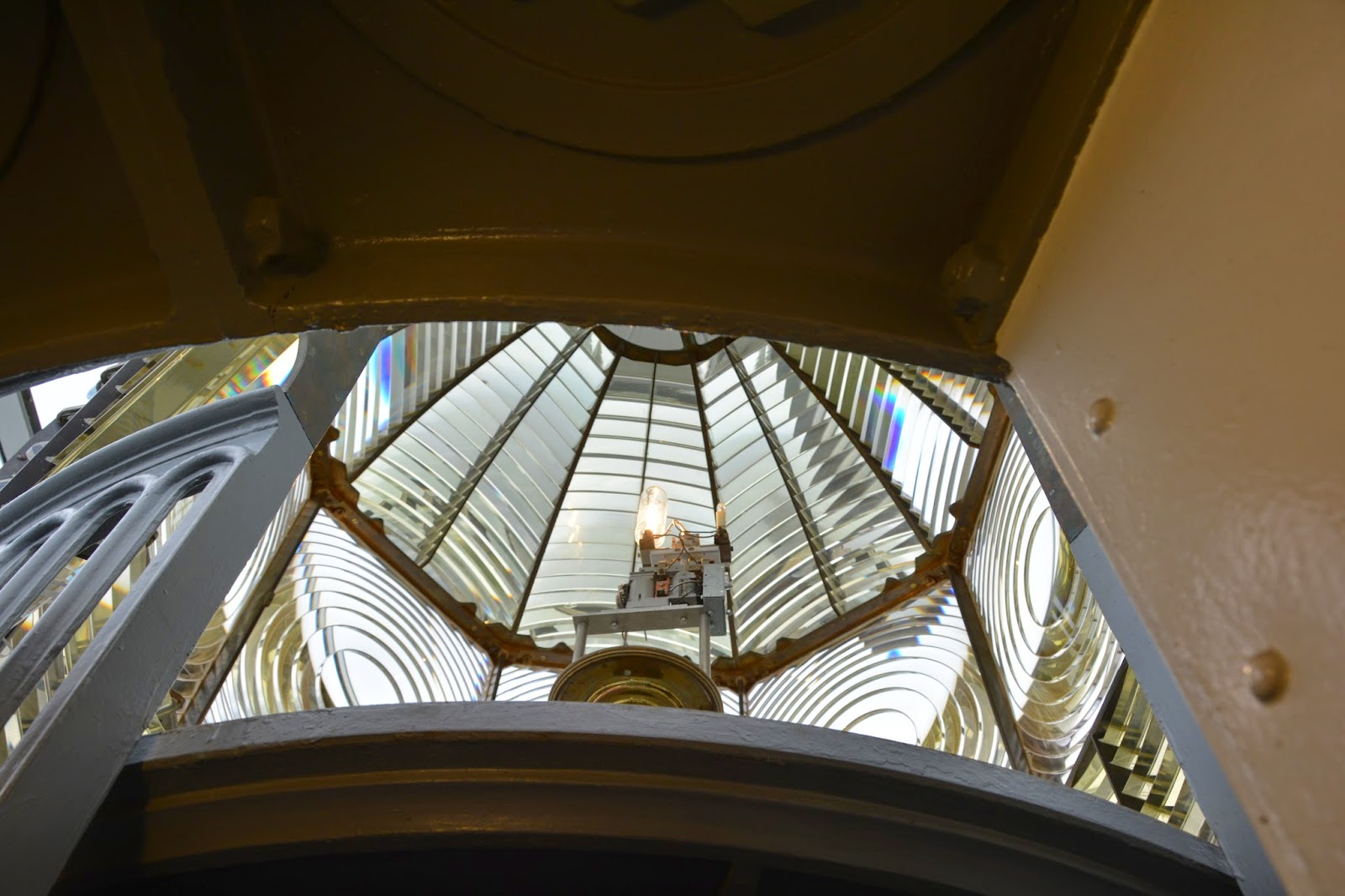 This shot was taken looking up into the lens of the lighthouse. The 1,000 watt light bulb can be seen for miles. There is a second bulb in the fixture that will automatically flip into place if the first bulb burns out.

Each lighthouse also has a 'signature' pattern of how often, and for how long, the light shows. Different colors were also used to help sailors identify their location. The light is turned by a huge clock mechanism. The clockworks for the Heceta Head lighthouse are shown below. Originally they were operated by weights on long chains and were pulled up each day, like a huge grandfather clock. 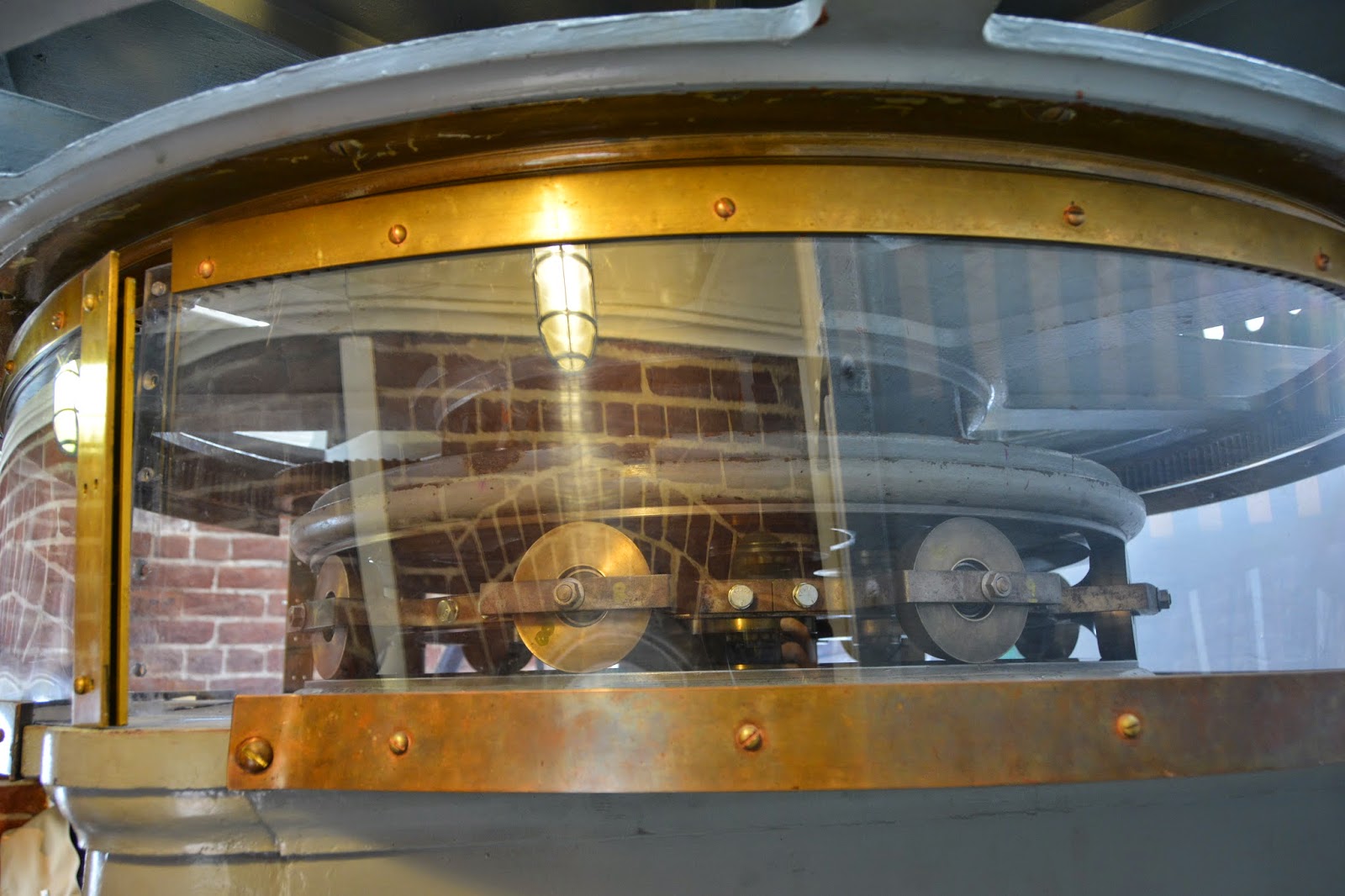 The Heceta Head light had a keeper and two assistants. They had nice houses a short walk away from the lighthouse. They even had a school for the children,  since they were so remote and at that time, the only access to the lighthouse was along the beach, often at low tide only.
at October 04, 2014