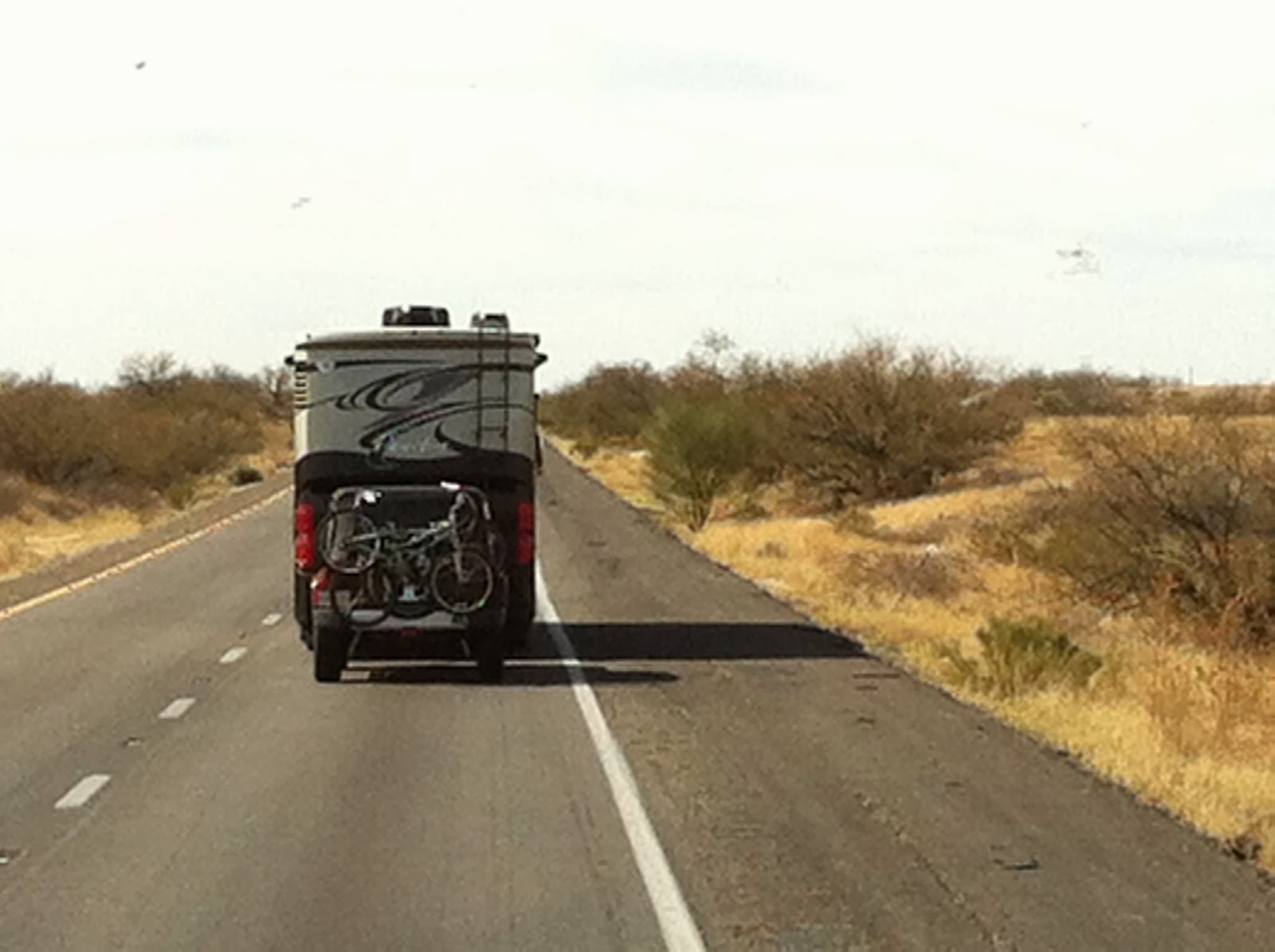 Having been occupied with driving and navigating... well, having not paid attention to the driver or passenger... with each ‘contact’ we Dreamers began speculating about the owners of the motorhome, putting pieces of evidence together: the model of motorhome, the colors of the RV and the car, the brand of the car being towed, and the license plate showing where the coach came from.

Considering all of the millions of motorhomes on the road, what are the probabilities of running into someone you know along an Interstate highway?!

Imagine our fun in discovering that friends we met last year were heading the same way we were, and that within a week we would both be at the same campground! We were parked next to the Hehr's at the service center last year, and then ended up at the same resort in Arizona.