April 25-28, 2011 saw one of the largest, and deadliest tornado outbreaks ever recorded. In all, 358 tornadoes were confirmed by the National Weather Service in 21 states. 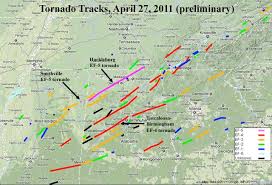 I was in awe of the damage that is still visible, almost three years after the date, as we drove along the Natchez Trace, an historic road that runs from Natchez, Mississippi to Nashville, TN. 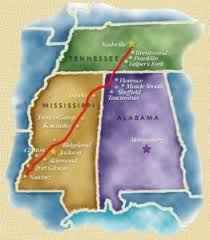 The National Park Service has left the damaged trees along the 20 mile path of destruction as they provide food and shelter for countless animals. 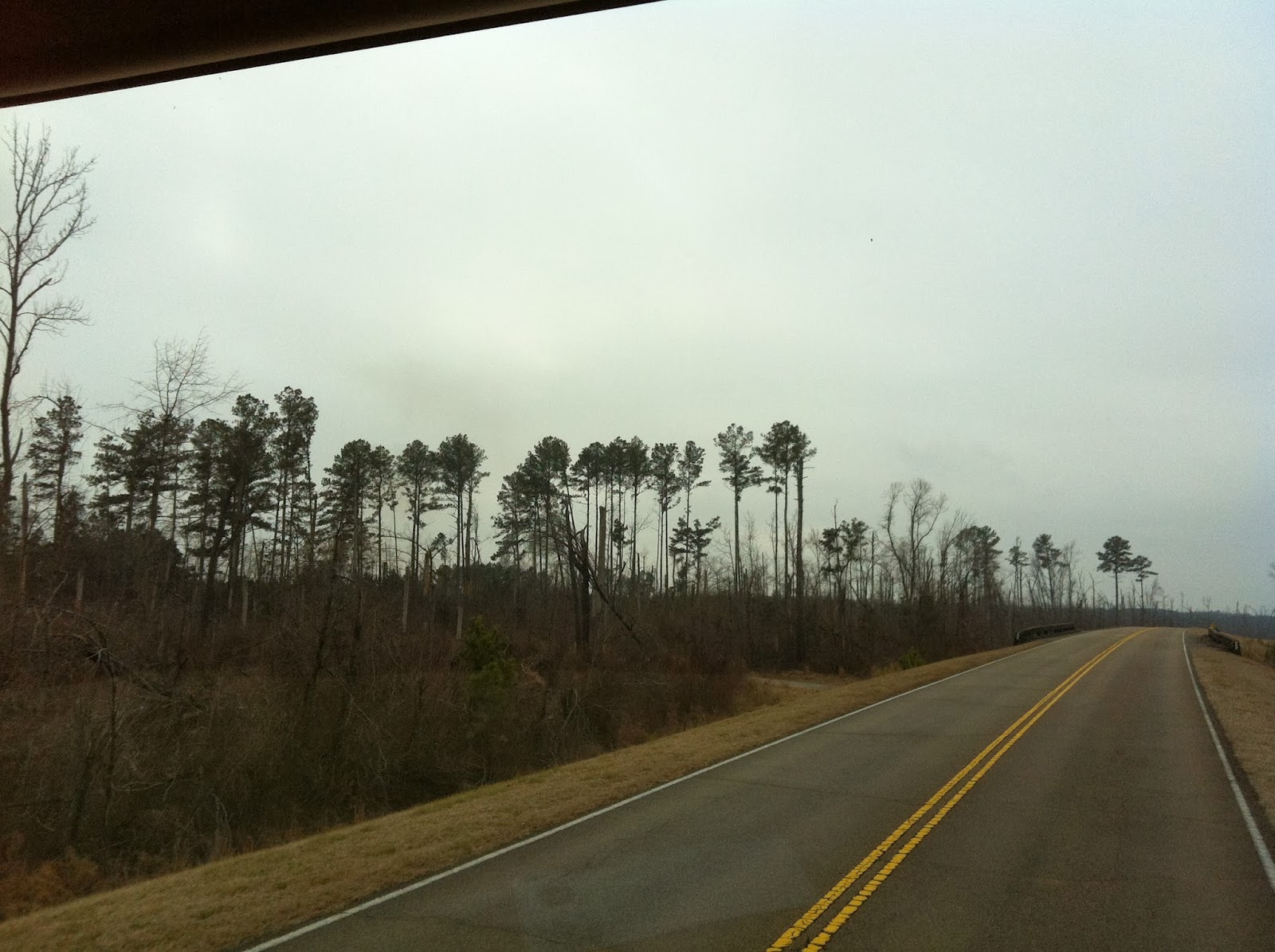 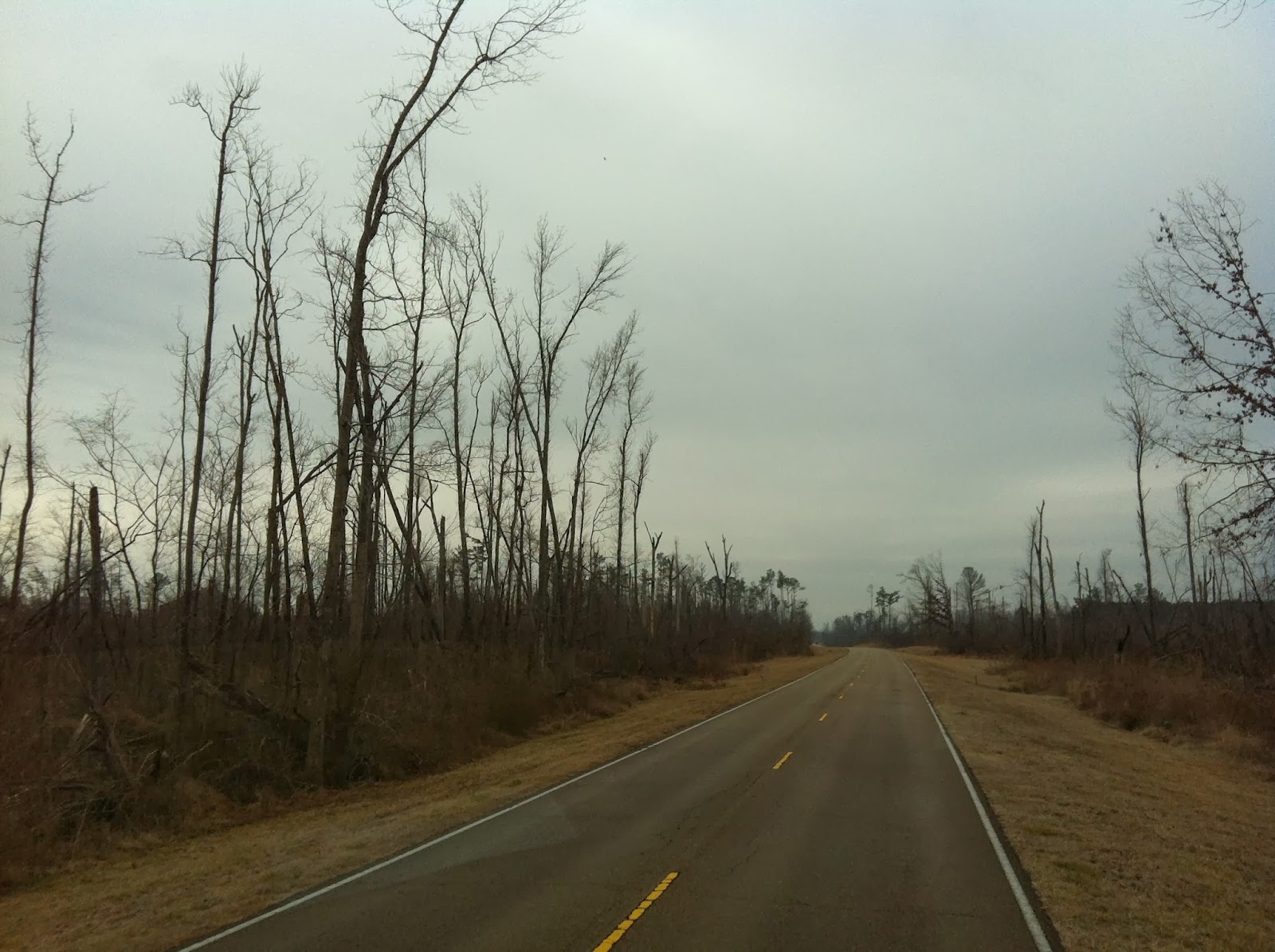 The history of the Natchez Trace goes back 10,000 years ago, when ancient peoples followed the traces (hence the name) of migrating bison and other animals, creating a path that was also used for foot travel between villages. The trace avoided many hills and valleys making it less taxing to travel. Later the route was used by farmers, traders and boat men. Driving along the trace takes one back to simpler times with no bill boards and a maximum speed limit of 50 mph. There are a number of pullouts with informational signs for points of interest and access to the original path where it deviates from the road, as well as a museum and craft center. But I wouldn't know much more than that because someone, whose name I won't mention, wouldn't stop along the way! To be honest and fair to him, the pullouts were a bit small for our coach and car and we really did want to get where we were going!