'First' Does Not Take the Blue Ribbon

Sometimes it isn't so great to be first. This is one of those times. We are the first motorhome having a problem with in-floor heating. The heating works in the zone at the back of the coach, but not in the front. The technicians assigned to work on our coach tried all they could. They called the electrical guys. They tried what they could. The electrical guys called the flooring guys. The flooring guys called the factory installation guys... then we had the supervisors on board. There was a lot of  head scratching, and "hmmm-ing", and shifting of weight  from one foot to another. 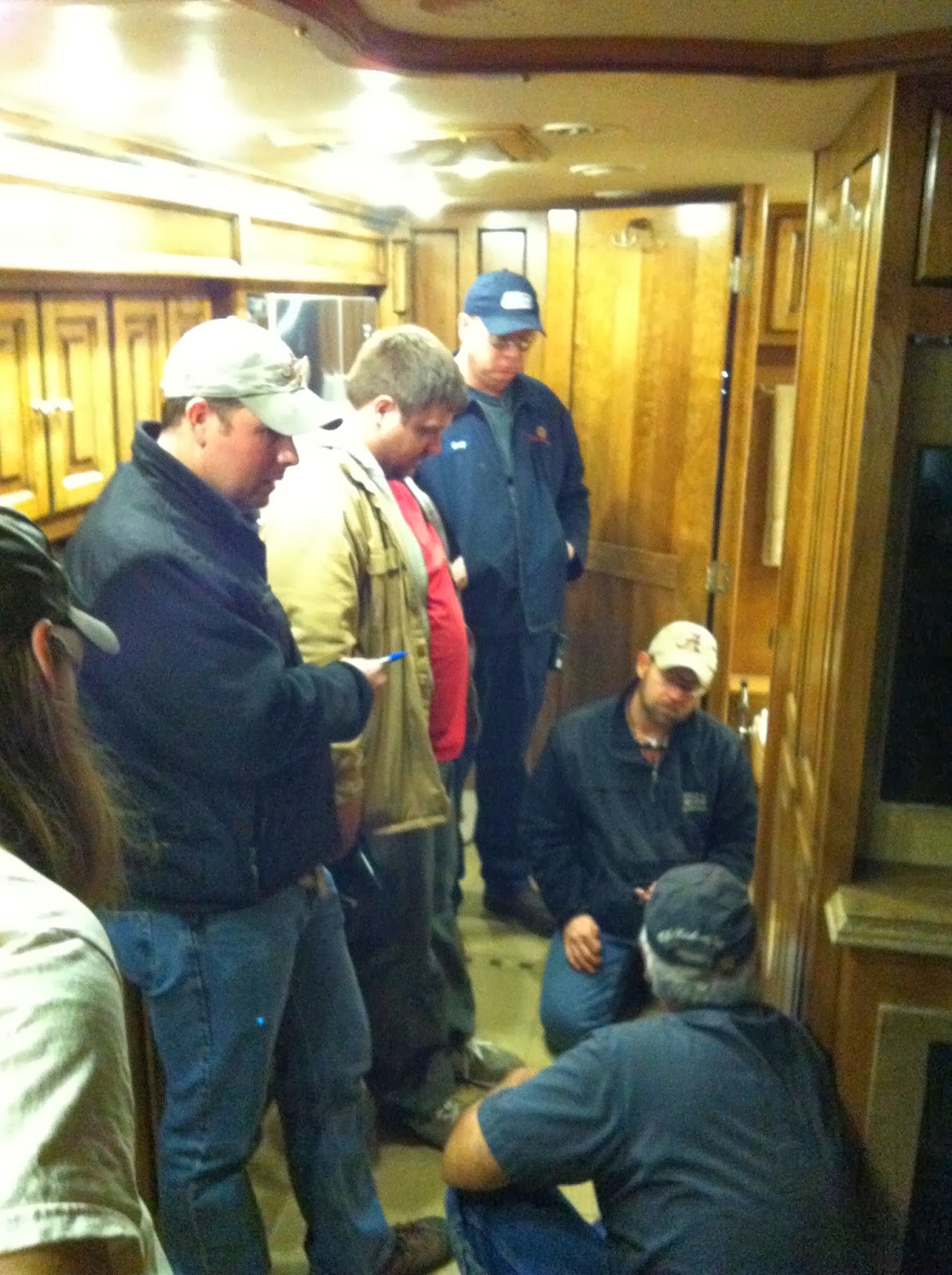 It was determined that the sensor in the floor had failed. The sensor is placed under the tiles, in the adhesive. So then the question became, "How can we put a new sensor in the tile floor?"

First, they used a fancy schmancy 'gun' that could see the wires, and they drew their location on the floor. The new sensor needed to come from under the wall on the right, into the area with the wires without cutting any of the wire. 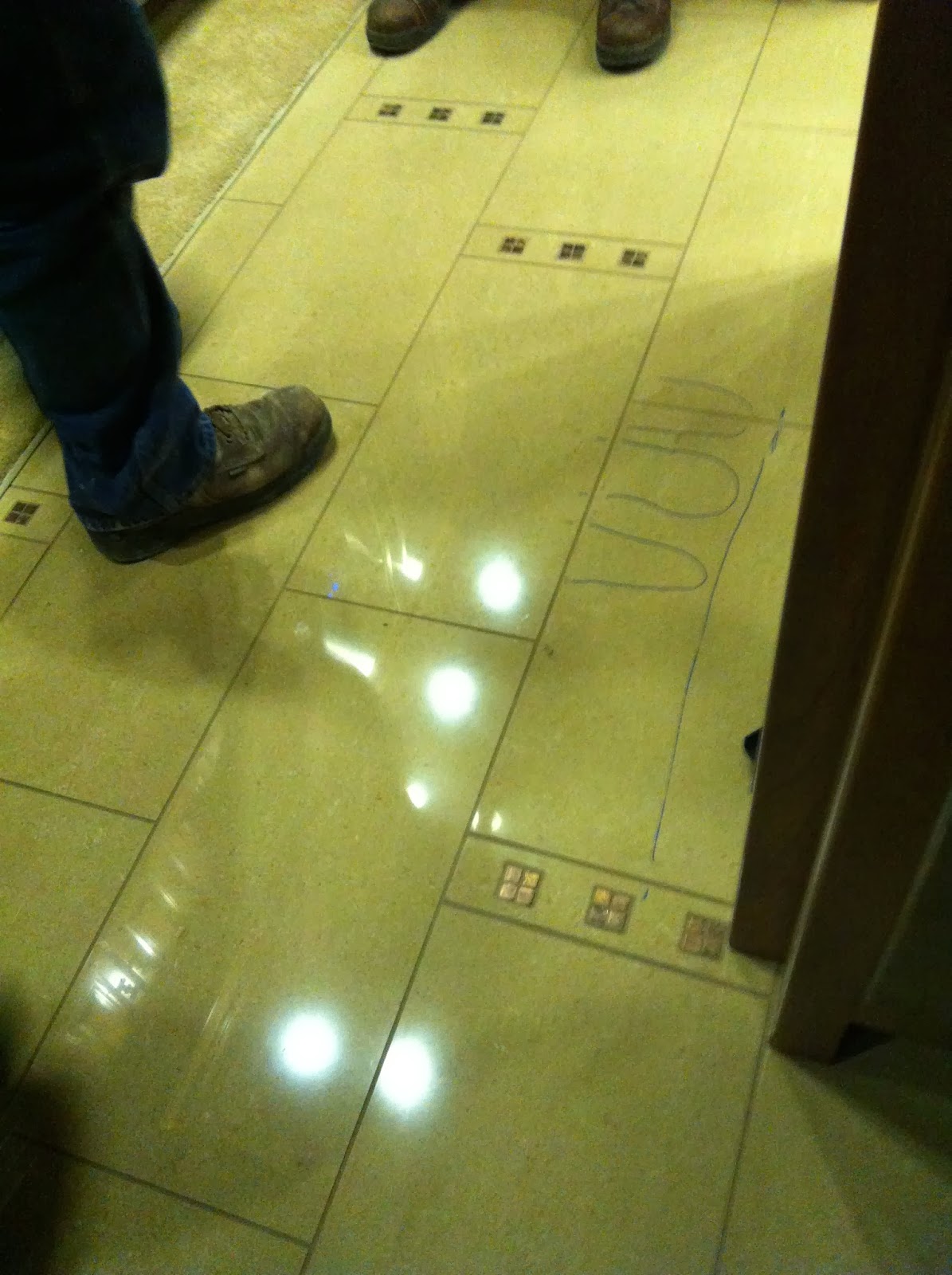 The "Tile Guy" had the brainstorm that maybe the sensor could be put in the grout line between tiles. This would eliminate the headaches of removing and reinstalling a tile (not to mention the extra hours involved in labor and in waiting for the tile adhesive to set and then the grout to set.) 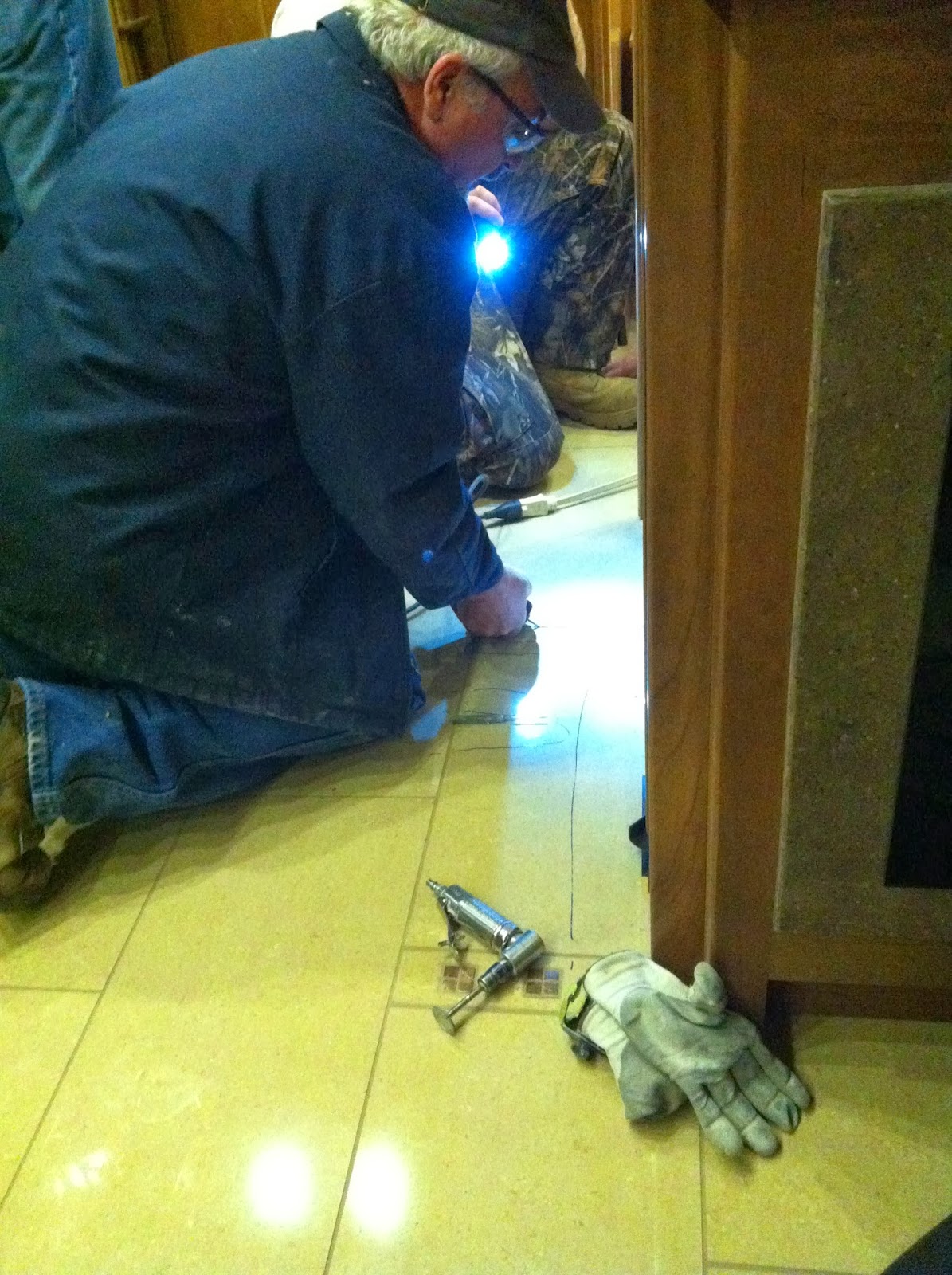 In short order he used a dremel tool to remove the grout. The sensor was placed in the crack between the tiles and new grout was applied. We were in business!

How exciting to walk through the coach that evening and have a warm floor! It is Heavenly!

We have since learned that the problem with our coach was discussed at the next production meeting and engineers are working at coming up with a better way to place sensors so that they can easily be replaced. On top of that, we realized (hindsight is always 20/20!) that the heat vent for the regular heat is about 4 feet away from where the sensor was placed. The heat effectively warms up the tile, so the sensor does not adequately register the real temperature of the floor. This too has been discussed at subsequent meetings and an engineer has come by to see it for himself. At some point I will get a diverter for the heat register to replace the cracker box I put in front of it!