The crowds at the Palace of Versailles were too much for me and Mr. Dreamy. We didn't pause in the last three or four rooms on the public tour, we just marched on..., more like we did a slalom course around crowds of onlookers. We made our way out to the back, only to find that the gardens were not part of the tour. We only had about 30 minutes and knew we wouldn't be able to see much of the gardens, so it wasn't worth plunking down another 7€ each. However, as we walked back to the exit I noticed this sign: 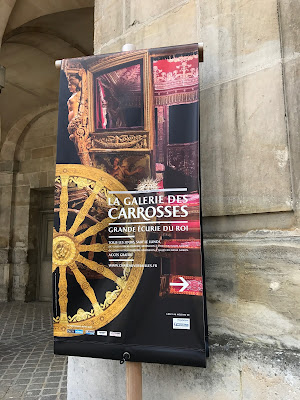 Rough translation:
The Gallery of the Carriages
Grand Stables of the Kings

Our tour guide had mentioned that we would see some grand buildings as we got off of the bus, but we were not to be confused... those were not the palace, only the stables! So, I knew which way to go. 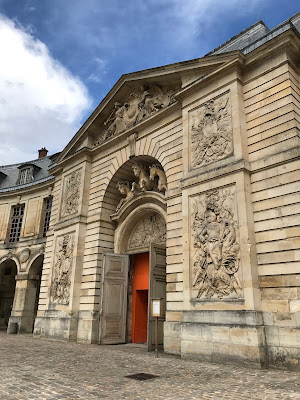 The carriages are displayed in one of the wings of the original stables. You can see the hay racks on the left in this picture. The stables were almost as opulent as the palace! 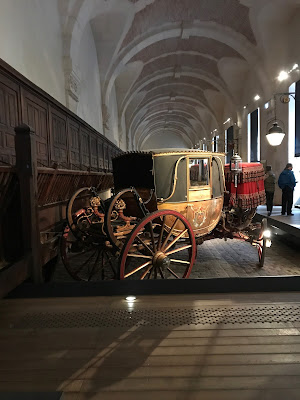 This was one of many carriages that were used for the wedding of Napoléon to Marie-Louise in 1810. The carriage was later used in 1853 for an event for Napoleon III. 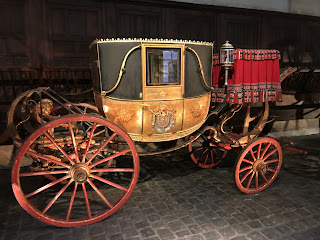 There were many children's carriages on display. This one would have been pulled by a dog or a goat. 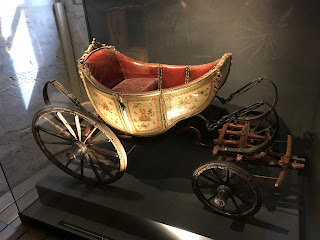 Sleds were used in the winter. Horses would have studded shoes, and harnesses with silver bells  to alert others that a sled was approaching. 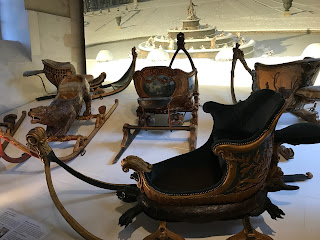 This was the carriage used for the coronation of Charles X in 1825. 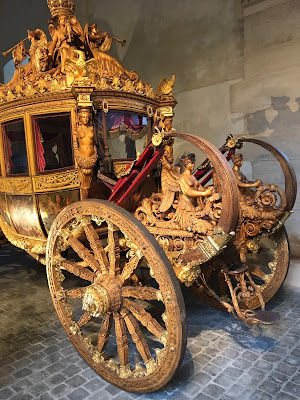 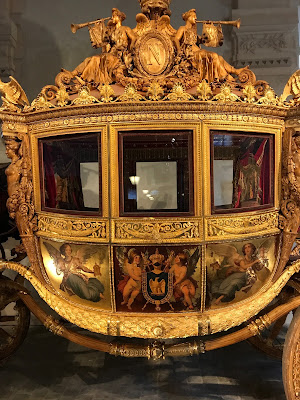 Another view of the coronation carriage drawn by 8 horses. 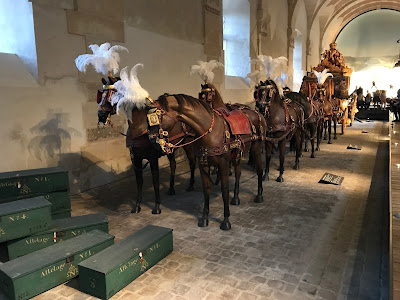 This is the funeral hearse for Louis XVIII 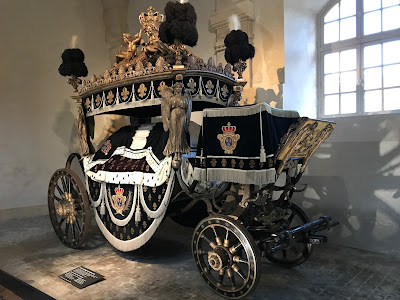 There were several display cases with harness and saddles from times gone by. 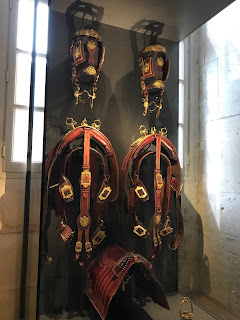 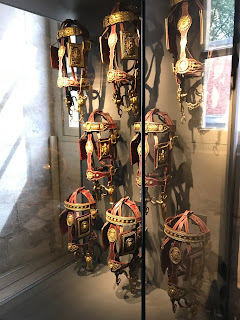 Even more exciting than finding the Galerie, was seeing some women working horses in the front of the stables. It turns out that the National Equestrian Academy and Versailles creates artistic equestrian programs with music. These women, with their coach on the right side, were preparing for some sort of show.  I loved watching them.