While we were visiting Rochester, NY we drove over the Erie Canal a few times. That brought a flood of memories back. I studied New York history when I was in 4th grade and I distinctly remember my fascination with the canal, and stories about how mules and horses used to pull barges from the Niagara River near Buffalo to the Hudson River near Albany. There was also a system of other canals that also allowed access to Lake Ontario and some of the other larger lakes in New York.

A few interesting facts (from "The Story of the New York State Canals"):
We drove out to one of the locks while we were exploring the area. It was a beautiful day to step back into history. I could almost see back in time. I could imagine the old barges filled with cargo going east or west. 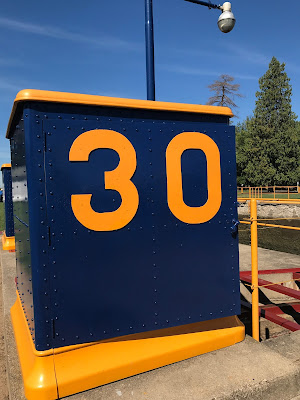 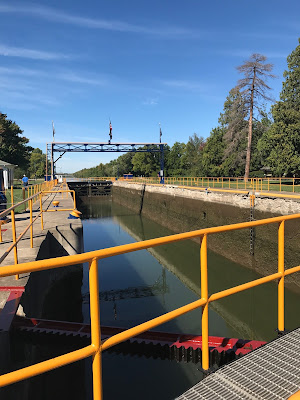 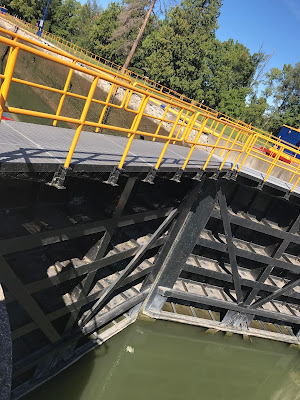 Mr. Dreamy is walking with the lock tender. He (or someone) certainly does a nice job in maintaining the lock. Everything was freshly painted and the grounds were immaculate. 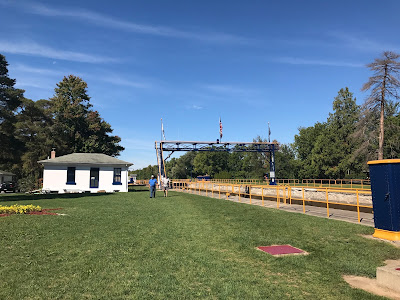 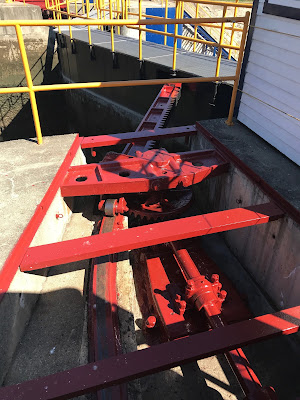