Just the mention of the word, and I envision

flowers,
and bright green leaves on trees,
and birds in song,
don't you?

That is true, part of the time, in Colorado. The other part, the snow, is also part of spring in the Rockies, and on the front range where I live.

This was the Wunderground prediction for snow as we traveled raced home. We either got home before the snow flew, or planned to spend another week in a campground. We were ready to get home! 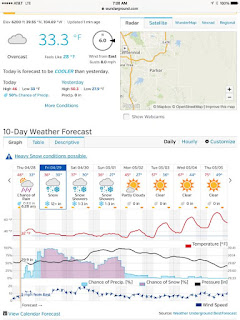 It was snowing as I typed the first part of this blog. It had been snowing for over 24 hours, and continued for two more days. Since it is so warm, a lot of the accumulation melted, but there were areas where the snow was over my boots. I laughed when a friend posted this on FaceBook: 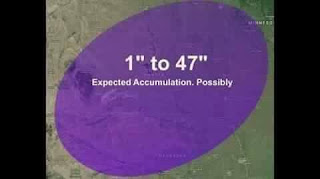 Spring snow is the norm here. It brings great moisture. But 3 days of gray skies are unusual. It just about did us all in.  Even the horses were grumpy. Then, as the sun was setting last night, it finally peeked around the clouds.

Malachi actually trotted (he is very old and usually saunters from point A to point B) and cantered out of the paddock to go see his buddies. 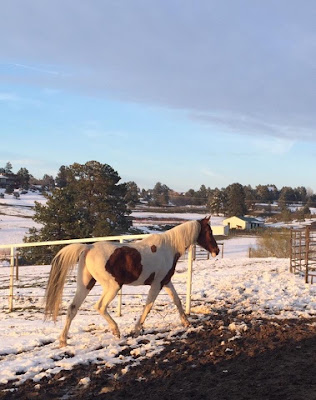 In the morning, the sun made the snow sparkle. It is beautiful, and will be gone in no time! It will be just a memory! 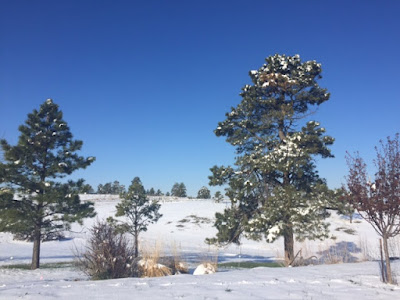 The good thing is that it comes, and is gone quite quickly. I am ready!