I have read every Clive Cussler novel featuring the character of Dirk Pitt. Back in the day, Clive couldn't write his novels fast enough for me... I was always waiting for the next adventure to be published. Clive's novels always feature a unique, vintage car that is usually driven in some sort of wild chase, or that has a key role in each story. One of my favorites was "Treasure", where the characters elude their pursuers by racing down a ski slope in a 1930 Cord L29.

Recently we Dreamers joined the Mini5280 Club on a trip to Clive Cussler's museum. Clive used to live in Colorado, and his extensive collection of restored cars is housed here. 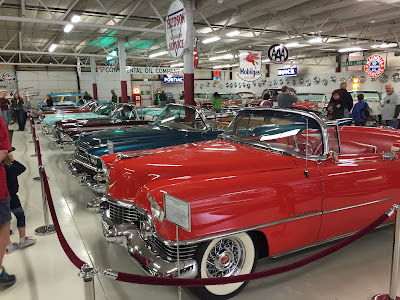 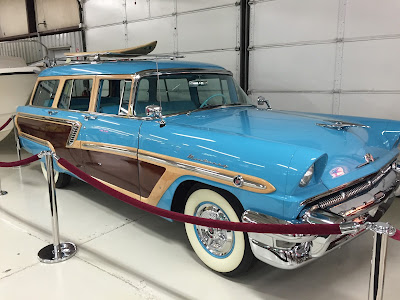 This 1956 "Woodie" belonged to a gold miner who used it to drive it to his gold mine in Montana.
It has been restored to its original colors. 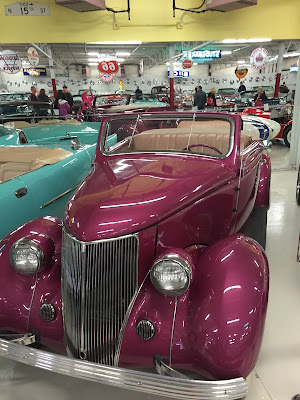 This '36 Ford Cabriolet Hot Rod was featured in "Atlantis Found".
Clive found it in immaculate condition and transformed it
into a hot rod, like the one he drove in high school. 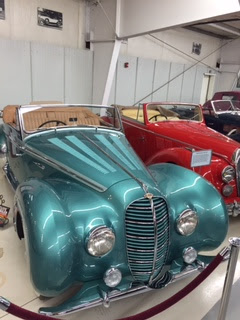 This car was in "Crescent Dawn"
I loved seeing all of the cars. They were all so beautifully restored,
and most were very colorful.

But I have to admit, my favorite display was the
1936 Pierce-Arrow V12Berline, which was featured in "Inca Gold" 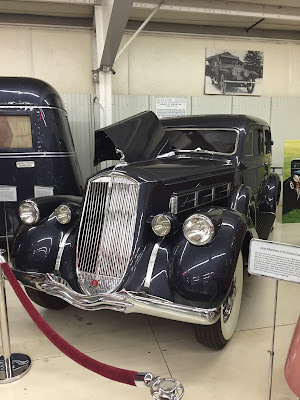 It certainly wasn't very colorful, but it's navy blue had a deep shine to it.
What I liked most is the 1936 Pierce-Arrow Travelodge Trailer that was towed by the massive Pierce-Arrow. 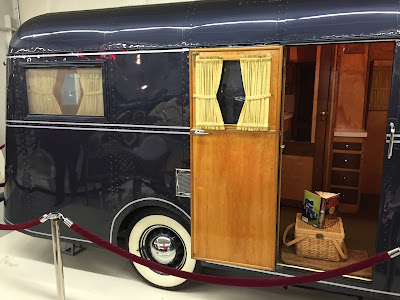 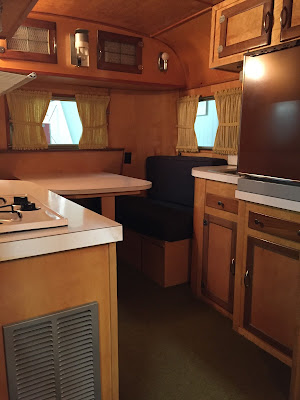 It was so pretty inside! 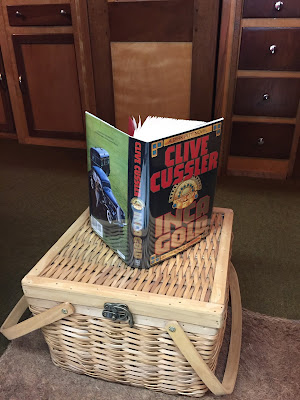 The museum visit was great fun. The museum houses about 70 cars,  a bit more than half of Clive's collection, and the cars are rotated in and out. Many of the cars were restored by Clive and his son, Dirk. Only 17 of the cars are featured in Cussler's novels, so he has a lot of writing to do to cover his entire collection!!

Outside of the museum there was another collection. A collection of the Mini Coopers driven by club members.  Dreaming (in pink) is looking over the Mini herd. Her new Mini is in the back row, you can only see a bit of its black top, just over the top of the red and black Mini in the center. 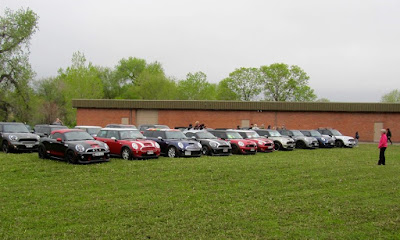