I have finished it!
My project is completed!
Never mind that I started the project just over three years ago!
And just look at how small and simple the object is!
Obviously something of this magnitude could be finished by a slug in just a few short days!
But ....
I ....
finally.....
did.......
it!
(Do you notice a distorted sense of accomplishment?) 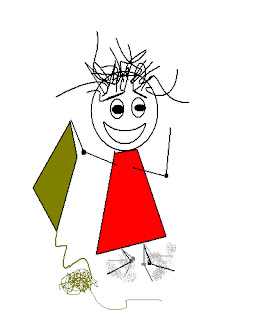 There is something about the cold weather that makes me want to practice home crafts. So, when our weather took a turn for the worse, I pulled out the knitting. Buried under skeins of yarn from various projects I unearthed a relic from the past. The object was supposed to be a pillow. I began knitting the pillow in '07. I don't know why I stopped. I attended a knitting social group recently and became consumed with finishing the simple rectangle. 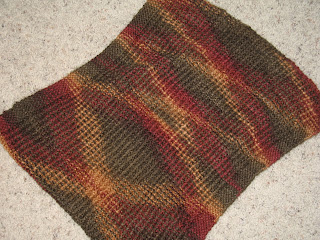 The next morning I continued my fixation on finishing the pillow. I washed and blocked it. I made and stuffed a pillow form to go inside it, and I made buttons. Made buttons?!!! Am I insane?

Oh wait, please don't answer that.
It might hurt my feelings!
Let me explain....(if I can)! All along I had pictured the edges of the pillow being held closed with rustic buttons. I never had taken the time to purchase the buttons. A store that would sell rustic buttons is at least 20 miles away. I was feeling lazy. Well, lazy in that I didn't want to get into the cold car and drive into town, but....

I recalled that we had some Aspen branches on the edge of the pasture. I realized that I could cut slices of a branch and I'd have just the sort of rustic buttons I had envisioned for the pillow. On top of that, the time it would take me to make the buttons would probably be less than the time it would take to make a trip into town, and would provide me with much greater satisfaction.

So, what projects do you have sitting out there, waiting to be finished?
What things do you tend to procrastinate about?
What accomplishments have made you do a happy dance?
at December 27, 2010