OMG: My Favorite Day of the Trip!

We began our day with  a visit to a home in Vidin, Bulgaria. We were greeted in the traditional manner, with bread and a paprika-mix dip and  local brandy by our hostess, her aunt, and her uncle. 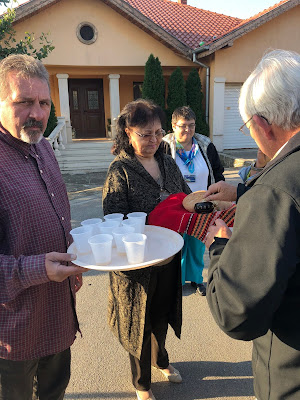 Romania's house is not typical. She lived in the US with her husband, and upon their return, built a home with a large open area, similar to American homes. 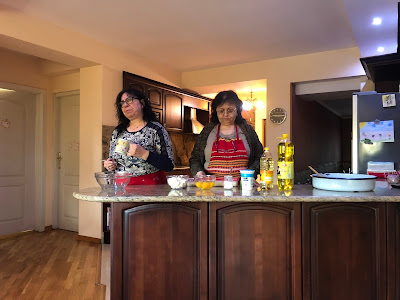 Romania, her aunt and her cousin demonstrated how to make traditional Banitsa. While her pan was in the oven, we worked in teams to created another Banitsa pastry. 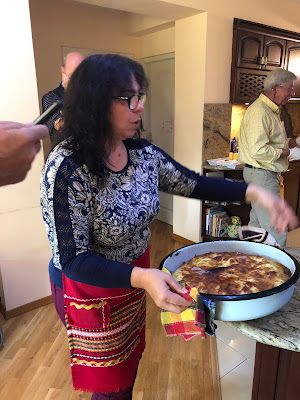 Banitsa is an egg-custard dish made with phyllo dough. It an be savory or sweet. It is most often part of celebrations, such as Christmas or New Year's Eve. I enjoyed the pastry and will be making it at home for special occasions.

Then, we were off to the "Kindergarten"

We were greeted by twins in traditional clothing. They offered the traditional greeting of bread, with something to dip the bread into. This time it was honey. 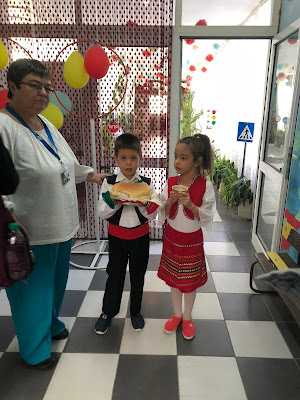 The "Kindergarten" is a school for children ages 10 months to six years. The oldest group entertained us with a cute skit. 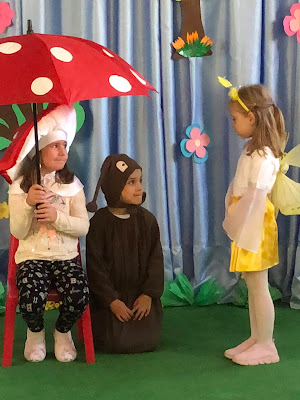 After the skit, the children sang a number of songs, in English. 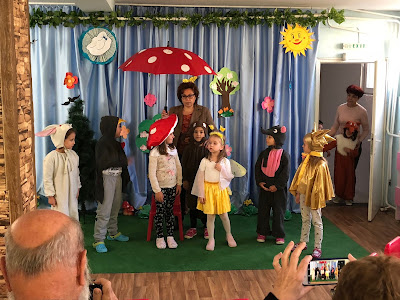 And some songs in their tongue.

Then, they all came to sit across from us. We all worked on making scenes with cut out papers, colored pencils and glue. 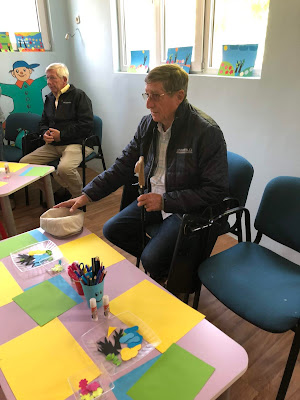 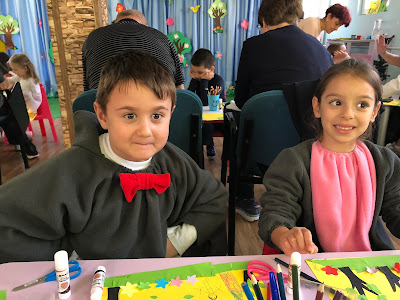 "Our" kids were cute as can be. Dahu and Noaha. They didn't speak any English. We spoke no Bulgarian. They write in a Cyrillic alphabet, we write in a Latin alphabet. But, we had fun creating our scenes, trading them, and giving hugs. I wanted to take the kids home with me!!

The Director of the school took us into a conference room and patiently answered our questions. She showed us the "curriculum" they use in the school to prepare the kids for elementary school, which begins at age 6. This particular school is paid for by the government, except that parents must pay for the meals provided to the children.

As thrilled as I was to see these beautiful children perform for us, I began to think of the movie, "Groundhog Day". I realized that having tourists come to the school must be a money-making proposition for the school. That's great. But... how many times each week do these children "perform"? Are there other things the kids should be doing? Ach... the educator in me puts a negative film over such fun experiences!