Visiting Belgrade was an eye-opening experience for this WASPy, sheltered, privileged (by comparison) optimist. It made me realize just how fortunate I am and how sheltered my life has been. Our first activity was a bike ride around Belgrade.

We rode across the Danube and stopped at the site of a Nazi extermination camp just across the river from Belgrade. Originally the site was used as a fairground, similar to a World's Fair. During the war it became an extermination camp. Over 20,000 people were annihilated. It was sobering to hear the details. A few of the buildings are used for industry today, others house squatters. 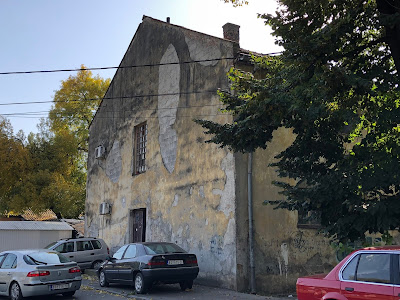 The central point of the fairgrounds was a tower, which Phillips used to broadcast the first television signals from in 1925. It was later used to patrol the concentration camp's borders. 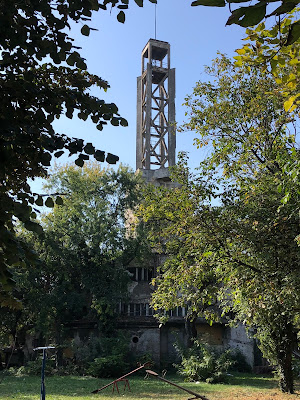 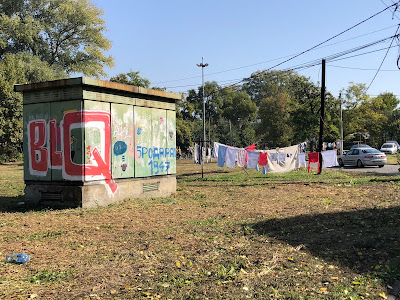 From there we rode by The Federal Executive Council of Yugoslavia. This HUGE building was constructed under Tito's administration. Several of our guides commented that the public loved Tito and that life was good under his regime. Everyone got paid. Everyone had housing. The economy flourished. Upon Tito's death, all was dissolved. Yugoslavia, a nation of six republics, began to crumble. Currently most of this grand building is unused. 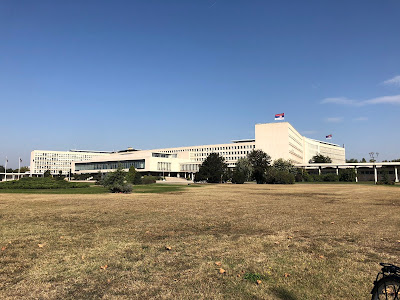 We peddled on and went along a promenade on the Sava River. As it was Saturday, and sunny, families were out en masse and the promenade was crowded with kids, strollers, scooters, lovers walking hand-in-hand... many things to dodge on our bikes. We stopped for a glass of beer, then peddled through an old section of town (Lord knows where we were) dodging cars, market-goers and more people, before heading back to the ship.

We had a bit of time to visit the fortress of Belgrade. Like many European cities, a medieval fortress was built, and improved upon over the centuries, to protect the town. I confess, that I did not take too many photos as I stole 30 minutes or so to make a sketch. 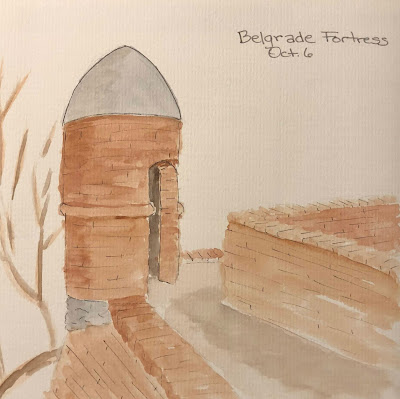 Gates into the fortress 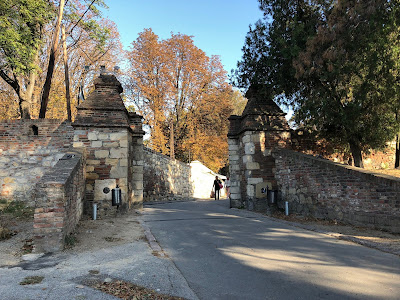 This appears to be a more modern tower in the fortress 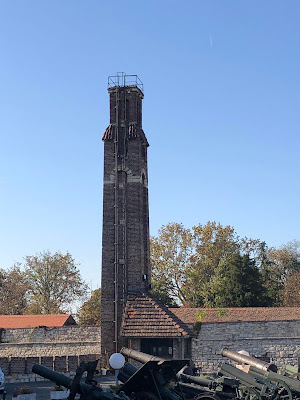 From there we walked across the street to the "shopping district"; a pedestrian-friendly promenade crammed with tourists and locals. As I said, it was a beautiful day and EVERYONE was out and about. I was not enjoying strolling along back-to-front, shoulder-to-shoulder with mankind in Belgrade, so we tromped down 128 steps (with blistered feet) to the ship.

This is the view of a church steeple, with gold accents, from the ship.
It glowed in the sun. 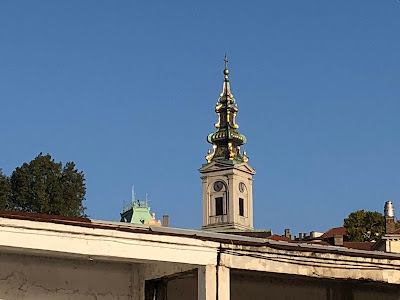 So, we got a brief snap-shot of Belgrade. We didn't spend a lot of time here. But, our overall impression was that Belgrade today is a lot like Budapest when we visited in 2006. The city seemed dirty and the citizens seemed weary. I can only hope that time will be kind to those living in this Serbian nation.