Between the Iron Gates

We had a rocky night. It was one of the first where we left our window open, and we enjoyed the sound of the passing waves and being rocked gently as we slept. We heard that folks on the other side of the ship were inundated with splashing water! Waves? On the Danube?! 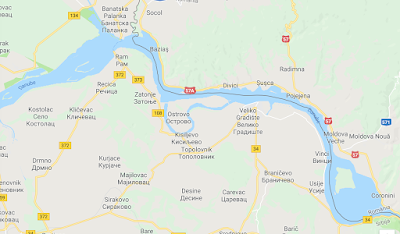 This portion of the river is very wide, and the wind whipped the water into a fury. The waves may have been 3-4' high! 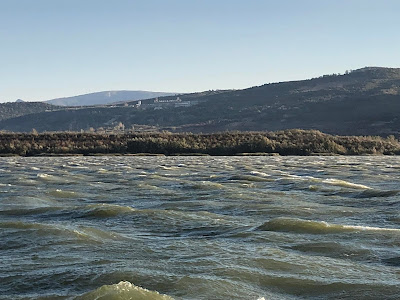 We were on our way to Golubac Fortress, Serbia. The fortress is at the narrows of the river. It is the opening to the "Iron Gates", so called because of the bald mountain comprised of iron ore. 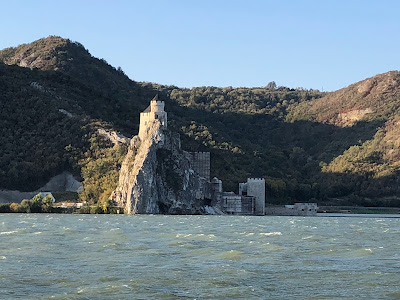 We enjoyed a tour of the fortress, which is undergoing major reconstruction. One thing we noticed is that many of the Eastern European countries are working to renovate some of their ancient sites to encourage tourism. For this landmark, the first challenge was that the main regional road was routed through the old fortress. The ancient gates were torn down or widened, to allow a modern road to go through the fort. The road has been reconstructed to one side, and amazing efforts are underway to reconstruct the structures. 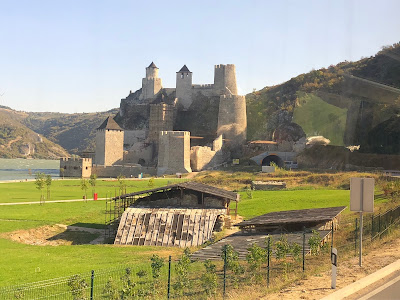 A second challenge is that the river was dammed downstream from the fortress. Much of the original structure is underwater. 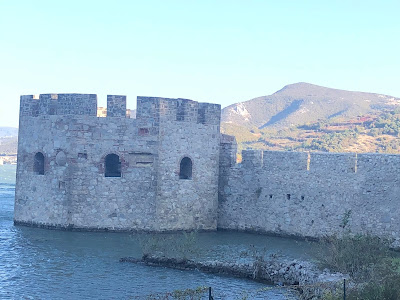 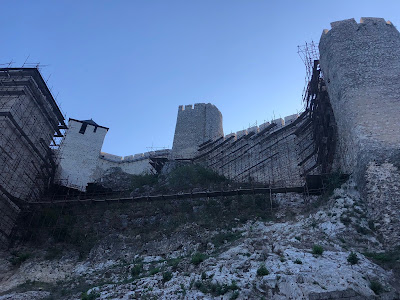 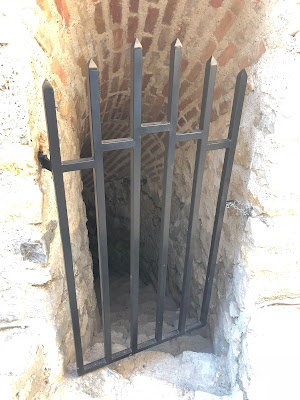 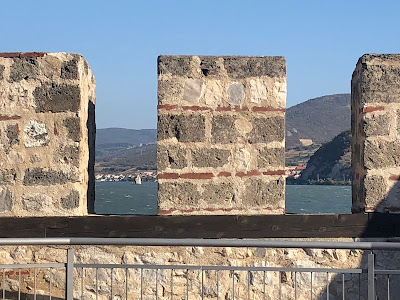 We were invited to taste local wine and brandy, as well as honey and local treats. Our host was dressed in chainmail. 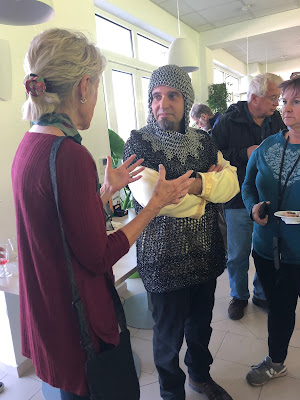 After leaving the fortress on the bus, headed for Lepenski Vir, we saw our ship sailing on the Danube. 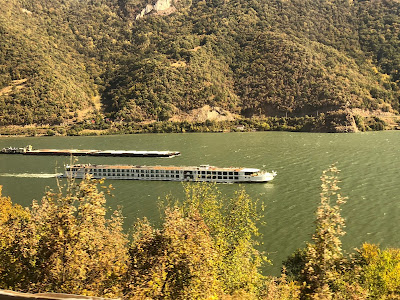 Lepenski Vir is an amazing archeological site. Before the dam was completed a group came together to save the artifacts from this ancient civilization, estimated to be from 7,000-9,000  BC. Wow! That's old! 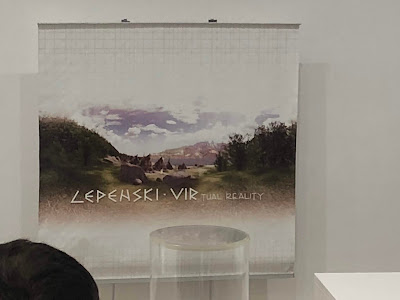 Sections from the ancient village were carefully moved to the current site, far above the water of the dammed Danube. 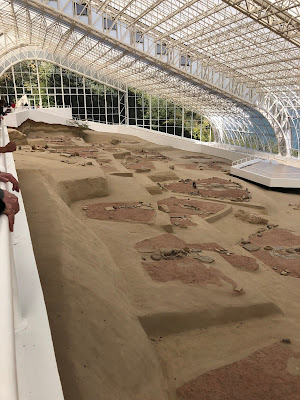 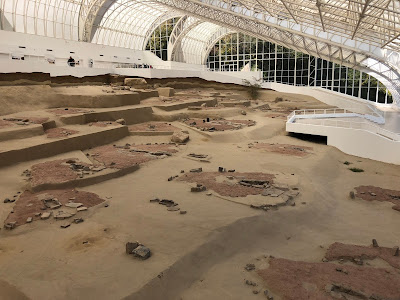 Settlers in this area created structures of similar shapes. All of the doors faced the "iron mountain", a bald peak on the other side of the river with enough iron ore in it to attract lighting. 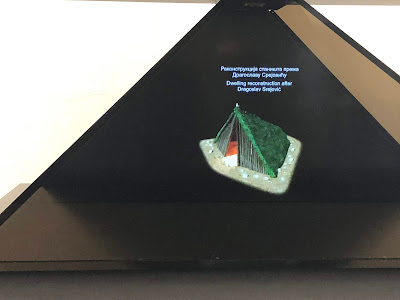 The citizens of this ancient town used clay to created images. 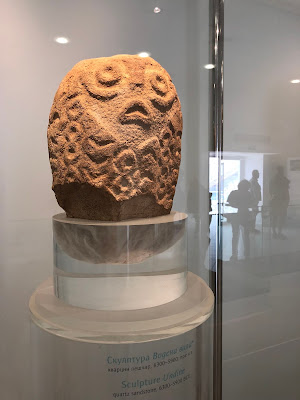 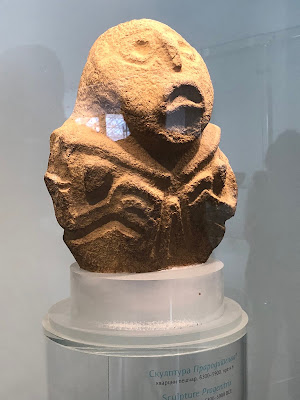 This early civilization created or traded for utilitarian items. 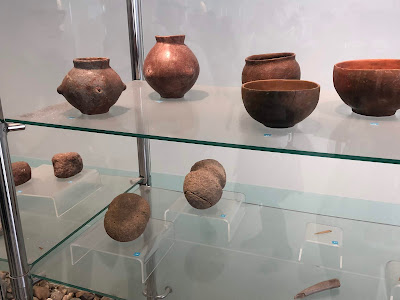 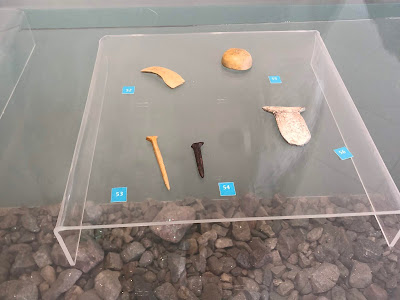 Numerous skeletons were also found, laid to rest in differing positions. It was found that almost every skeleton, aged 40-65 years of age, still had every tooth and there was no decay evident in the teeth! There were no signs of traumatic injury, as would have been seen in conflict with other bands of humans. They were a peaceful group. 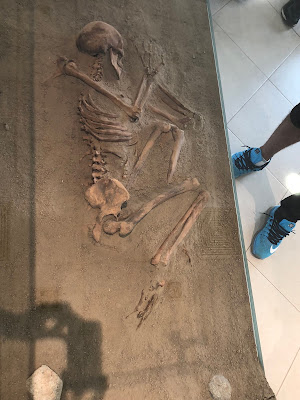 I often laugh when I think of things that are "old". Buildings classified as such in the US are mere babies compared to what we see in Europe!