We left this waterfront view of Passau yesterday, and are enjoying the best of the Wachou Valley today. 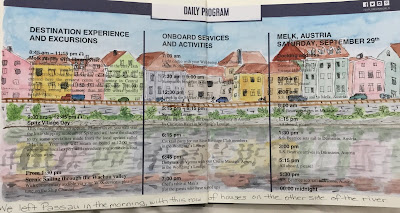 We docked at Melk. We visited this town on our trip in 2006, so we chose to visit the Schiffahrtsmuseum in Spitz, instead. 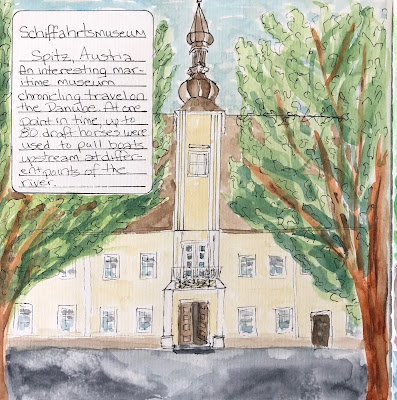 The museum presented a wonderful historical perspective of travel on the Danube. Before locks controlled the flow of the river, there were strong currents and rapids that challenged early travelers.

An amazing collection of models depicted different ships used on the river. Sometimes rafts, barges or ships were constructed and loaded with goods heading downriver. When they arrived at their destinations, the ships were taken apart and the wood was used for building. 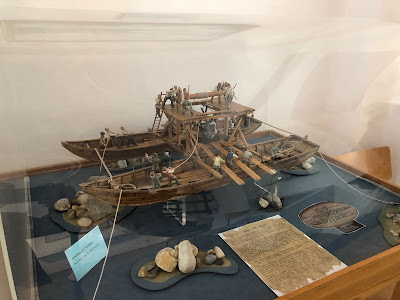 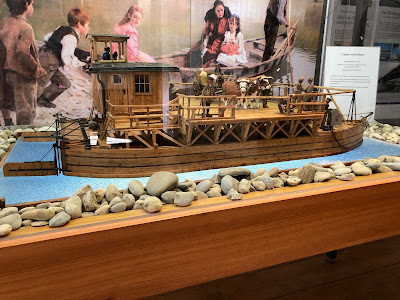 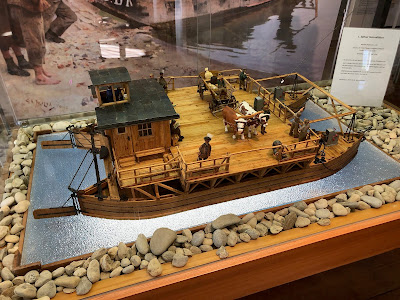 Getting down river was perhaps perilous in places, but getting up river was another thing. If ships were not dismantled, draft horses were used to haul them upstream. As many as 60 horses might be used at different parts of the river. 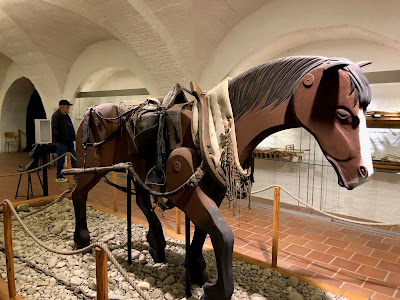 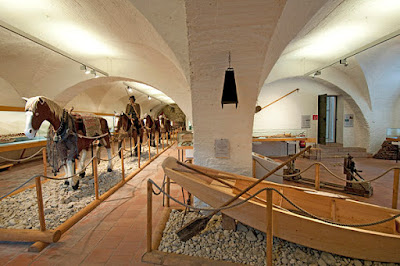 Once the ship reached its destination, the horses were treated to a ride downriver in another boat. 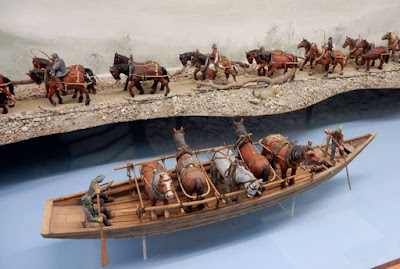 If I were to live in "small town" Austria, this might be where I would settle! I love this place! Unfortunately, so do many, many tourists! It was difficult to walk along the narrow streets. This area of Austria is known for their Marille (apricots). Dürnstein families make brandy, wine and jam from apricots, and sell their products along the street. In 2006 we Dreamers bought some wine at a street-side vendor. The woman spoke no English. But when we asked where we could buy a wine opener, her daughter translated and the woman went to her warehouse and came back with an opener, which she gave to us. 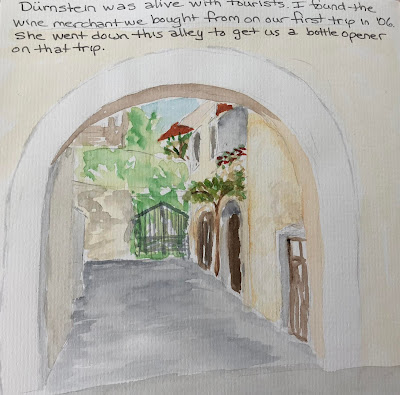 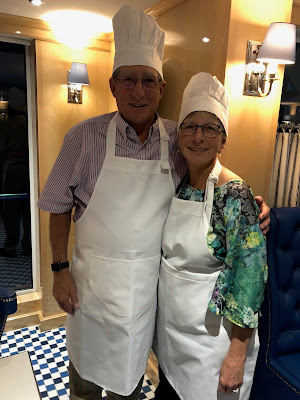 That night we became chefs with two other couples. With the help of a chef from the ship, we put together our own dinner and enjoyed it with premium wines.