What's With Those Scorpios? 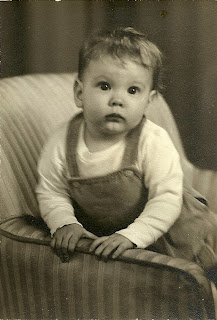 It is both my brother's birthday, 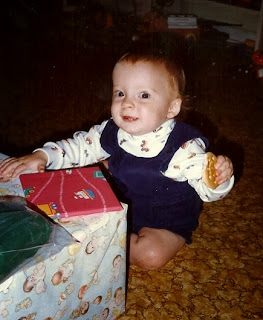 and that of my younger son.

They are both delightful men. It is hard to think of my son as a man, but... 'tis true as he turns 25 today.

My brother and son don't really favor one another.... except in their actions. They are both engineering types. They like precision. They love a good problem to solve. They are friendly and outgoing. They are Scorpios.

I don't have a lot of faith in Astrology and the meanings of Zodiac signs, but I found it interesting to look at 'my' boys and see if they follow published norms.

Here are a few snippets from various sources:

This is partially true for both men. I don't think either would ever say anything truly hurtful, but they both enjoy analyzing people and are very perceptive. My son has an incredible vocabulary and a quick wit, which he will use in conversations, sometimes just to test another's perception.

Another quote about Scorpios:

"Your aggressive attitude may equate with sly inquisition as often, you remain silent, introverted and secretive, mulling over turbulent thoughts in the depths of your mind, leaving others puzzled by your quite strange behaviour."

Neither guy shows much outward aggression. However, if pushed they will both boil over, rapidly! However, my son is often very quiet.  My brother? Perhaps when he was younger.

"Scorpios are fiercely independent. They are able to accomplish anything they put their mind to and they won't give up."

Wow! Ain't this the truth! Perhaps I should have read this when my son was a child - it might have prevented a few battles! Both men have followed untraditional paths in their lives. My brother has been very successful - I'm thinking my son will be so as well. I do know that he won't give up!

"Scorpios have an excellent memory and combined with an inability to let things go, they can hold a grudge against someone who did them harm forever, in fact a Scorpio rarely if never forgives and forgets."

This cracked me up. My son was the type who remembered everything - well, except to do his homework! One time, when he was 4, he pestered us about doing something his brother was doing. We told him he could do it when he was 7. Wouldn't you know, the day he turned 7 he asked about it?!

"Scorpios make excellent doctors, surgeons, scientists and leaders, they are perfectly suited to any form of business that makes a difference in the world, greatly impacts people and society and a most importantly, Scorpio has to be in a power position."

My brother was never happy working under someone else. He started his own business and ran it successfully for years. My son may be the same. He certainly wants to do things that help people and he actually refused to apply for jobs in companies that have a negative impact on the environment or defense contractors.

There is so much more I could read... and write. It was very interesting to read the descriptions on different sites, and see how they related to the men. But, I guess one can always interpret things and twist them to fit the situation.

Regardless, I hope that both my brother and my son have a wonderful Birthday and a fabulous year!