There were over 500 balloons flying at the Balloon Fiesta. The balloons tended to launch in two large waves. It was so much fun to see them drift towards us, over us and continue on their way - and even more exciting when they chose to land in the field near the RVs or among the RVs. 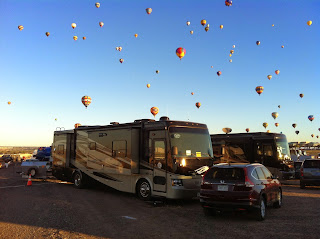 The balloons came in every color, every shape and every size. 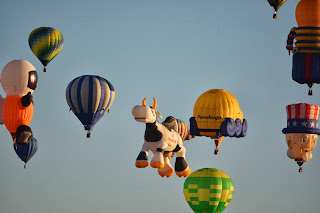 It certainly didn't hurt that the balloons were offset by the
gorgeous New Mexico blue sky. 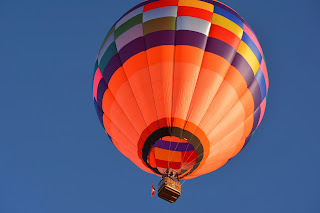 Mr. Dreamy took most of the pictures.
He shot about 250 each day! 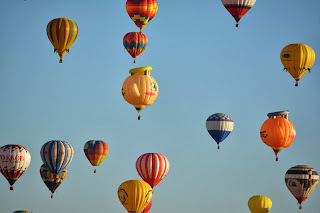 I had a hard time picking out a favorite. 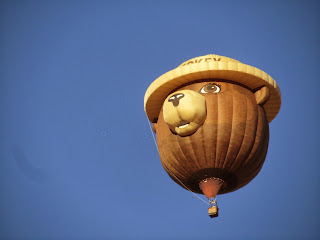 Each time I thought I had found a favorite,
I'd see a new color combination or shape
and I'd decide I liked that one even more. 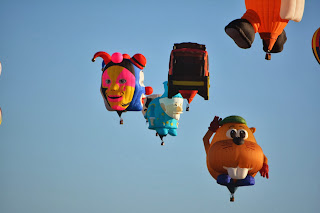 Angry Bird looks like he is attacking the hummingbird.
There was a pink pig balloon - but it never launched
at the same time as Angry Bird.
It would have been fun to have Angry Bird
going after the pig!
(You won't understand unless you've played Angry Birds) 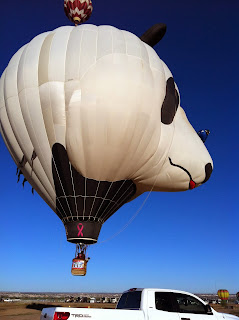 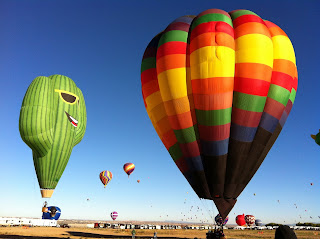 I liked the shape and colors of the carousel. 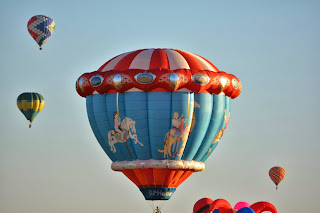 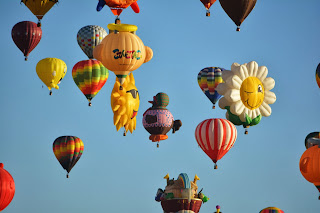 The details on the balloons are amazing.
There are often special baffles inside the balloons
to direct the air into different features of the shapes. 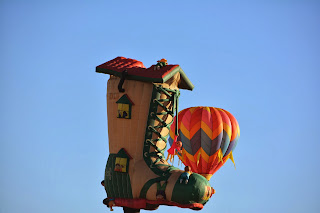 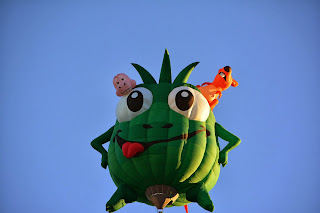 I thought the zebra was very cute. 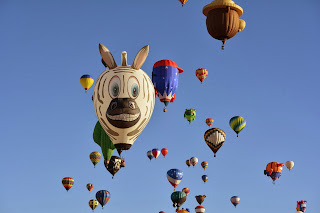 We never decided what this balloon,
called "Bob", was meant to be.
He reminded me of a Lego person,
and looked kinda like a lighthouse.
If you look at the gondola, you get a feeling for just
how big Mr. "Bob" is! 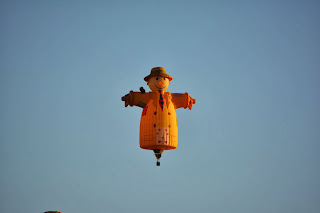 Each day we'd discover new shapes.
Some we may have overlooked on previous days,
others didn't fly each day. 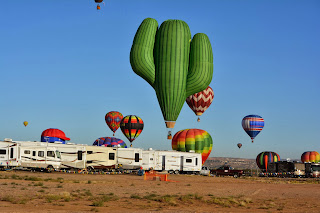 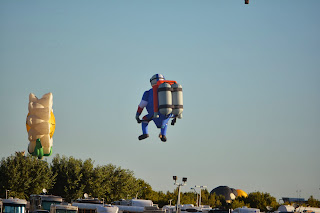 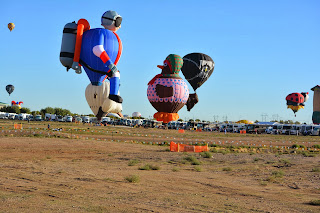 The Ark was a crowd pleaser. 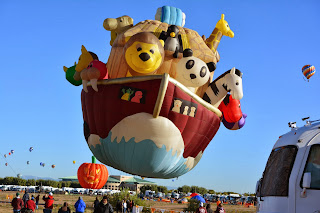 There were three bees that launched together.
Sometimes they looked like they were holding hands
and dancing together. 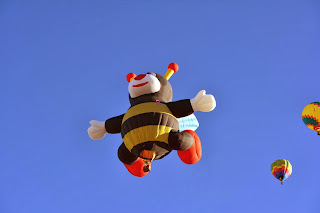 I'll leave you with a happy,
sunshiny face. 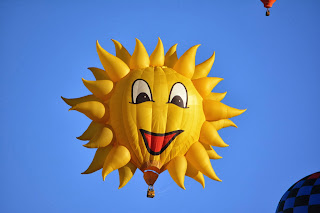 I hope you have some sunshine in your life!
Have a great day!