We have two one nights left in our house. Two One nights! Our decor consists of boxes, rug pads and a bit of furniture. There are still some things to pack, but we did pay for the moving company to pack some of our stuff. I think they are getting a good deal as I continued to pack up things after the estimate - you might say it became an obsession! 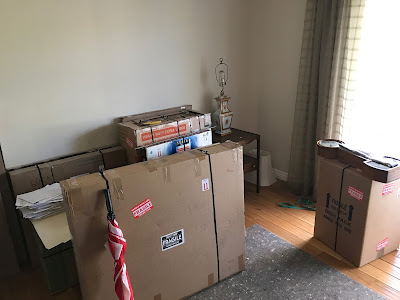 Tomorrow Today we must get everything on the motorhome that we plan to carry with us. If it doesn't fit we need to be able to go to plan B and have it go in the moving van, store it and collect it later.

As far as "what's next?", we have all but 2 days accounted for from Monday, August 21 until Monday, October 1. We have reservations at a number of campgrounds north and a bit east of Oakland. We also signed up for a Fantasy RV Tour Rally in the San Francisco area. It was a "while we are there" sort of thing! 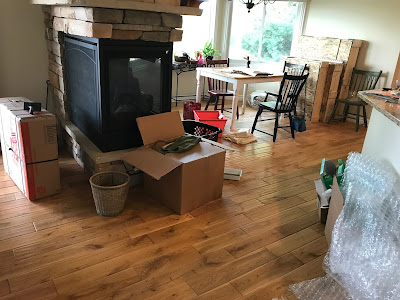 Mr. Dreamy pulled all of the liquor out of the cabinet. That cabinet is kinda like the fridge. Things get pushed to the back and forgotten. He sorted good stuff and not-so-good stuff. This morning, a helluva time to do this, we opened questionable bottles of wine, took a taste and poured them down the drain. 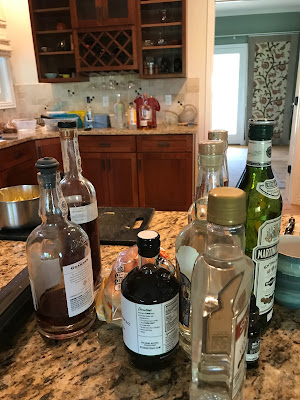 We tossed 20 or so empty bottles into the roofer's dumpster. Someone may wonder about our roofers! (But, maybe they should wonder since they damaged our hot tub cover and a solar light at our entry!)

Our "To Do" lists include taking stuff to a charity (towels and blankets went to the Humane Society today), taking papers to be shredded (we had a truck come to shred 5 boxes of papers.... but found more!), getting the Mini to storage (and maybe storing a few things with her), and lots of other last minute stuff that I haven't thought of yet!

This is totally unbelievable!