It is patently obvious that I am not a beer connoisseur. Also obvious that I don't ever (rarely) walk down the beer aisle at the market. Although my father-in-law drinks Yuengling, I never realized that it is only available on the east coast. 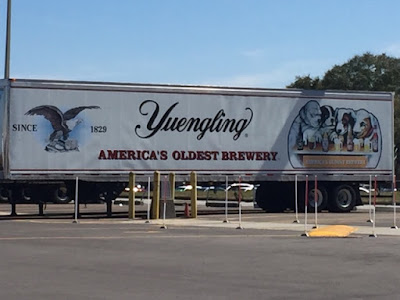 Yuengling is the oldest brewery in America, having been established in 1829 in Pottsville, PA, and it is one of the largest breweries by volume in the U.S.  It's name, pronounced "ying-ling" is the anglicized version of Jüngling, the last name of its founder. Jüngling emigrated to the U.S. from Germany and began the Eagle Brewing Company in 1829. The name of the brewery was later changed to Yuengling. (An interesting side note: Anheuser-Busch (founded in 1852) sued Yuengling over its use of the eagle as its trademark. The claim was thrown out by the judge, as it was obvious just which brewery used the eagle first!) 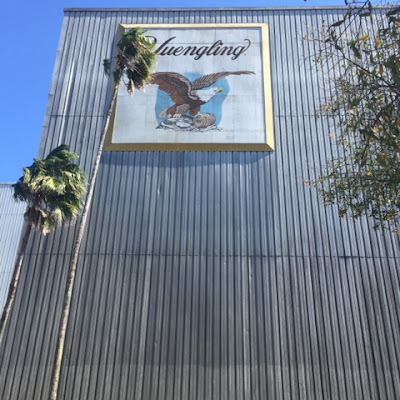 Our group toured the Yuengling brewery in Tampa, FL. Coincidently, it is practically next door to Busch Gardens, where Anheuser-Busch brewed beer until the mid 1990's. I enjoyed the Yuengling tour, although as it was Friday afternoon, the weekly quota had already been met so no brewing or bottling was going on. Our tour guide was wonderful. She shared so much information, and so many numbers, my mind was reeling by the time we left. If you are interested in learning more, she recommended this video about Yuengling Breweries. http://youtu.be/L_tSYIr9OCU The tank seen in the back of this picture is in the older portion of the brewery, where the mash was separated from the wort. This section of the brewery is no longer used. (Yuengling purchased the facility from Stroh, and it was previously used by Schlitz and Pabst.) 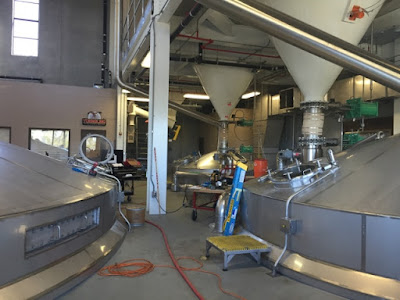 Here are the new tanks in the brewery. They were being serviced while we were on tour. The new section of the brewery is managed by computer. There is much less "hands-on" work involved in brewing with the new equipment. 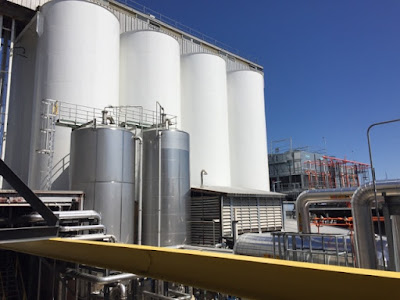 The white tanks contain barley. I can't recall the exact amount, but they will go through all of this barley in a very short time. 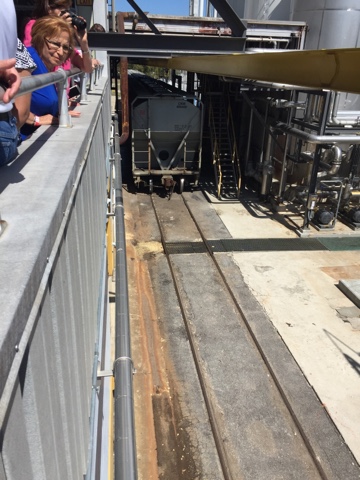 Barley comes in by the trainload. Pelleted hops from Washington arrive in huge burlap bags by truck load. 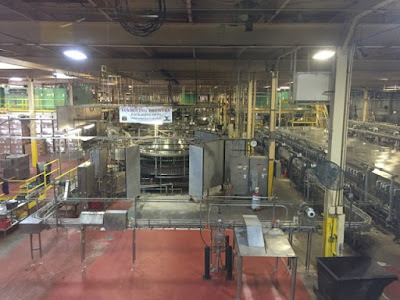 The bottling line is in the center of this picture. Canning is completed on the right. One interesting fact... beer is usually bottled in cans or dark brown bottles as it is light-sensitive. Beer should be stored in dark places. Some beer is bottled in green glass. Exposing this beer to sunlight for even 15 minutes will impact the flavor of the beer! 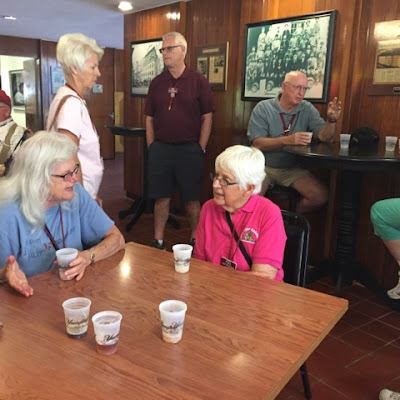 Now it's time to taste the beer. I discovered that I like "Black and Tan". This beer is a mixture of Porter and Yuengling Premium beer.

Another interesting tidbit...during prohibition Yuengling survived by branching out. They purchased some dairies and produced Yuengling ice cream. Our guide said the ice cream will be coming out again. Look for it in your grocery store. If distribution is anything like their beer, it will only be available in states along the east coast.