In the late 1880's Thomas Edison was fishing on the Caloosahatchee River near Fort Myers, Florida. He noticed a "For Sale" sign on the banks of the river. Edison toured the property which at that time only had a small cottage on it and noticed a stand of bamboo growing there. Bamboo is not indigenous to the area so he decided this was a sign that he should purchase the property since bamboo strands were what he used for the first successful filaments for his lightbulb.

Building a winter cottage on the property was no easy task. There were no roads or railroads into the area so Edison had to have all of the building materials shipped from the north and brought around the tip of Florida and up the Caloosahatchee River. The first thing Edison did was to construct a pier for docking the ships and unloading the building materials. The pier went out into the river 1500 feet to where the water was deep enough  for the ships to come in. 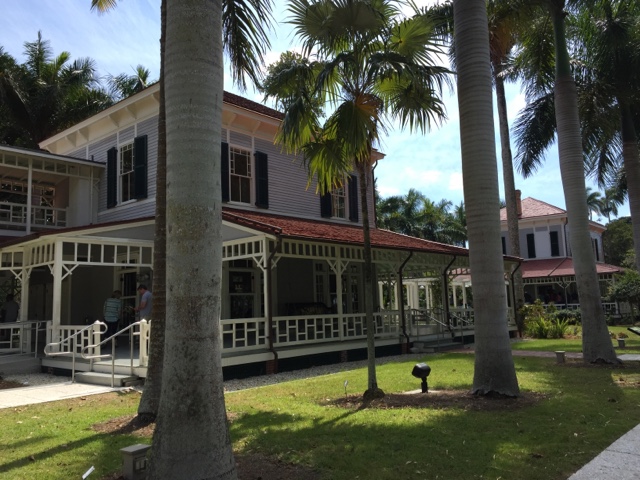 Edison built two homes on the property with separate kitchens and nice breezeways. Both of the homes had large wrap-around porches to take advantage of the breezes and the view. The second home was to be purchased by one of Edison's friends and coworkers. Edison found out that he had been swindled by this fellow so he kept the property and used it as a guest cottage. 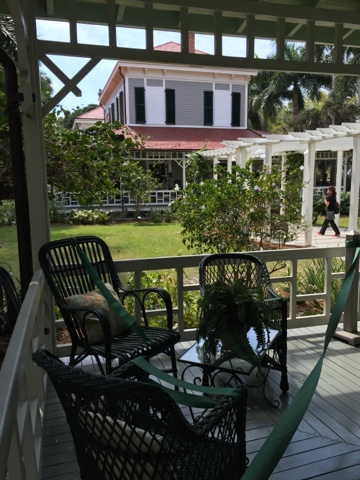 The furnishings in the homes are all original to the time when Edison lived in the home. After Edison's death, his wife eventually gave the property to the city of Fort Myers with the instructions that everything in the house must stay as it was when Edison lived there and that the house be open to the public for educational purposes. 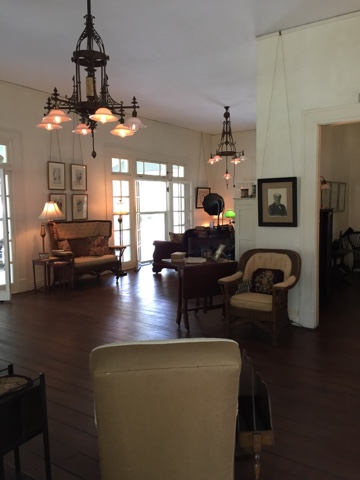 Edison worked for Henry Ford for a period of time and they became good friends. Ford tried to convince Edison that he needed cars at his new home in Florida. Edison agreed to have cars if Henry Ford would build the garage for them. The caretakers cottage, the original home on the property, now has a three-bay garage that housed Edison's cars.
Edison convinced Ford that he should buy the house on the adjacent property. Ford purchased the home, had a remodeled, and of course added some garages for his automobiles. When Ford died the property was sold and the furnishings were auctioned off so today you can see the home and the property with period pieces that are similar to what might have been in the home.
I was fascinated by the trees, shrubs and flowers throughout the property. Edison had plants flown in from all around the world. Some were brought in as Edison attempted to find additional sources for rubber, after all, his automobiles needed rubber tires. Rubber was a precious commodity, and the US was dependent on outside sources for the product, especially during the war years. 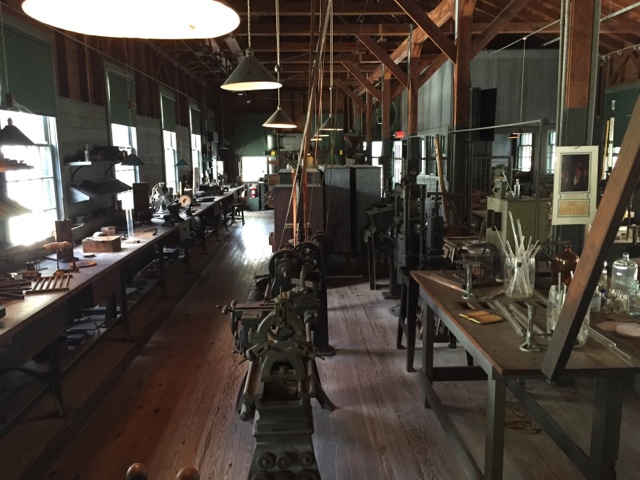 He never found a plant that would provide cost effective means to make rubber, and the development of a synthetic rubber product by DuPont made further research unnecessary. There are still many banana plants, fig trees and even orchids that were brought to the property by Edison. 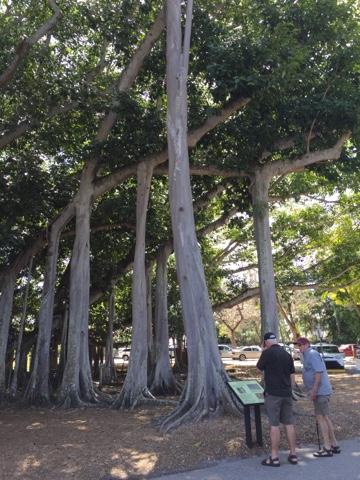 This was a single 4" fig tree when Edison planted it in 1927. It is also called a Banyon tree. The branches send out air roots. They root themselves when they reach the ground, and eventually grow together and become sturdy supports for the tree. The Banyon tree was planted as part of Edison's quest to find rubber . It gives off a milky sap that can be used to make latex.

Edison's houses both underwent major renovation recently. Much of the wood had to be replaced. The wood that was used to construct the homes came from the northeast U.S.  The lumber was a soft pine and not suitable to the damp climate and termites. Southern pine is much more dense, and many southern woods resist insect damage.
at March 09, 2016