Imagine toiling for 30 years, carving out and moving large blocks of coral and erecting them, all for unrequited love. That's what Ed Leedskalnin did. He was born in Latvia in 1887 and was engaged to Agnes. Agnes rebuffed him the day before their wedding, telling him that she didn't want to marry him because he was too old. Ed traveled to the Americas, worked in Canada and the US until he developed tuberculosis. Around 1920 Ed bought some land in Florida city and began creating his castle, a tribute to Sweet Sixteen, his Agnes, perhaps in the hope that she would come to realize his love for her and join him. 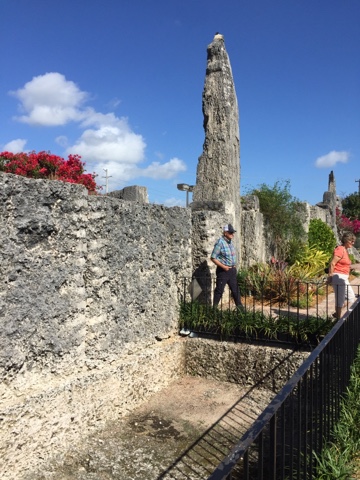 Ed began his work in one location, carving reading chairs, tables, thrones, beds, rocking chairs, fountains, and more out of coral rock, excavated on his property. 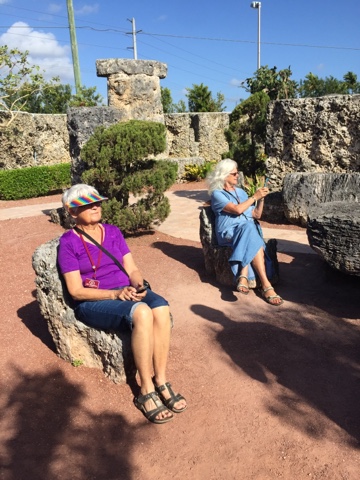 The coral rock weighs 120 pounds per cubic foot. Ed used only simple tools, many homemade out of old auto leaf springs. The only mechanical machine Ed ever used, an old truck & chassis, was when he moved every piece of the castle 10 miles to its current location after 15 years. 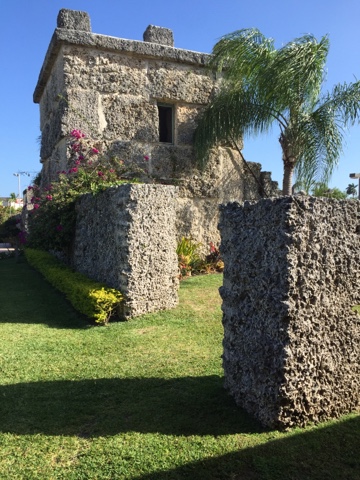 Our guide said he wanted to be near Route 1 to attract tourists. A pamphlet about the castle said he moved the castle because of a planned sub-division.

There is much mystery surrounding the castle. No one knows, for sure why Ed created his monument. And, even more strange, no one ever saw him erect the blocks of stone, even a massive gate weighing 9 tons, which balances on an auto gear and moves at the touch of a finger. Additionally, Ed weighed only 100 pounds and was only 5' tall! He wasn't a massive "Arnold Schwarzenegger" type of guy! I guess one could say that love does truly move mountains! 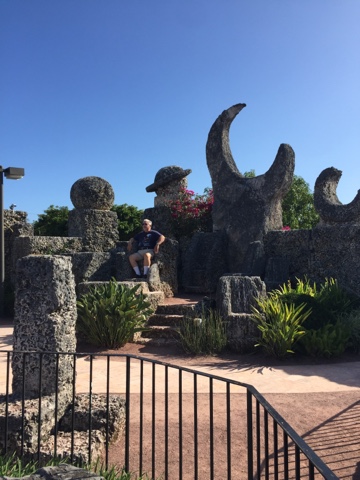