We traveled from the gulf coast of Florida to the Atlantic Ocean by way of the Everglades. We stopped at the Miccosukee Indian village for a tour. Our tour guide was well-versed in the history of this tribe, which is part of the Seminole nation. She showed us through a typical "home" consisting of several "tikis", each used for different purposes. 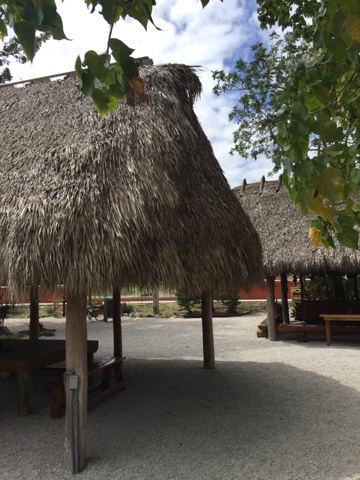 The tikis have thatched roofs of palmetto fronds, and are open on the sides. One tiki is use for cooking. Another is where food is eaten. A sleeping tiki has "beds" suspended on ropes, with mosquito netting in a hammock-like conveyance above the bed. 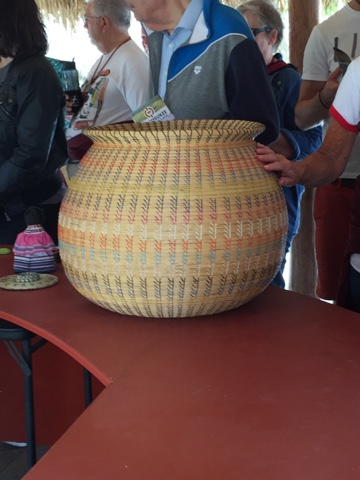 There were several Indians demonstrating crafts in other tikis. One fellow was carving spoons. Traditionally a Miccosukee young man would present a hand-carved wooden spoon to the parents of the woman he wanted to wed to show he could provide for their daughter. 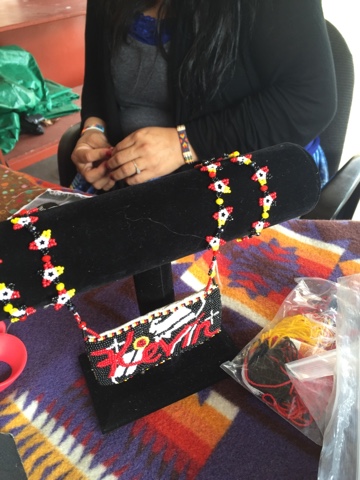 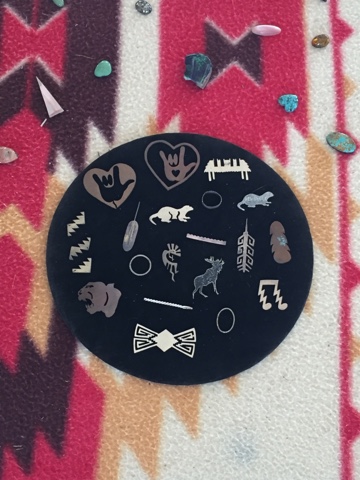 There were also jewelry and beading artisans. I loved the way the word "Miccosukee" rolled off our guide's tongue. I asked if she would say some more in the Miccosukean dialect. She could not. It turns out she was actually from Puerto Rico!

Following our tour, and a visit to the on-site museum, we were treated to an alligator wrestling demonstration. 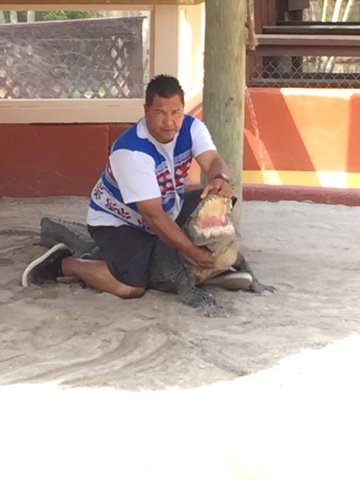 Historically, Miccosukee Indians wrestled alligators to capture them and bring them back to their homes. Alligator meat was a staple in their diet, but in the heat of the Everglades, the meat would not stay fresh for long. Therefore, having pens of alligators they had wrestled and captured provided them with a a ready store of fresh meat. We were all given the opportunity to try alligator wrestling following the demonstration. 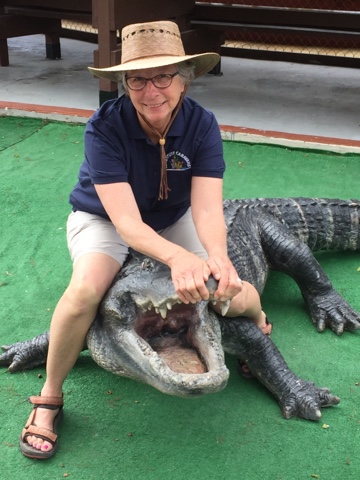 I had everything under control! Well.... on a fiberglass model.

We took an airboat ride. It was fun to skim across the water, over reeds and grasses. We saw a few alligators, fish and birds. We went to a tiki island where members of the tribe still meet today. Then, earplugs went back in and we were whisked back to the landing, to return to our RVs and head on our way. 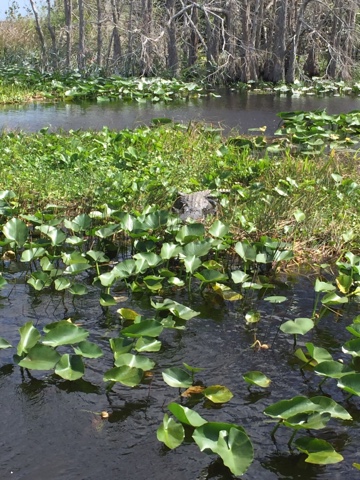