As we drove south from Tillamook, along the coast of Oregon we stopped at the Yaquina Head lighthouse near Newport, Oregon.

We walked down to the beach, which is quite different from those found either north or south of this area. This beach is covered with cobbles that were created by hot basalt lava coming in contact with the cold sea waters, which have been eroded by the sea to form rounded stones, anywhere from 1/2" up to 4" in diameter. Before we visited I was told that I should take the time to walk down to the beach as the waves make the cobbles roll, and they make a unique sound. Even in the video you get some sense that what you are hearing isn't just the waves. You can actually hear the stones being knocked together, and rolling in the surf. Even as you walk across the cobbles, they also sound different.

While we were at the beach, we noticed seals "bottling" in the waves. They hang vertically with their faces out of the water and rest. 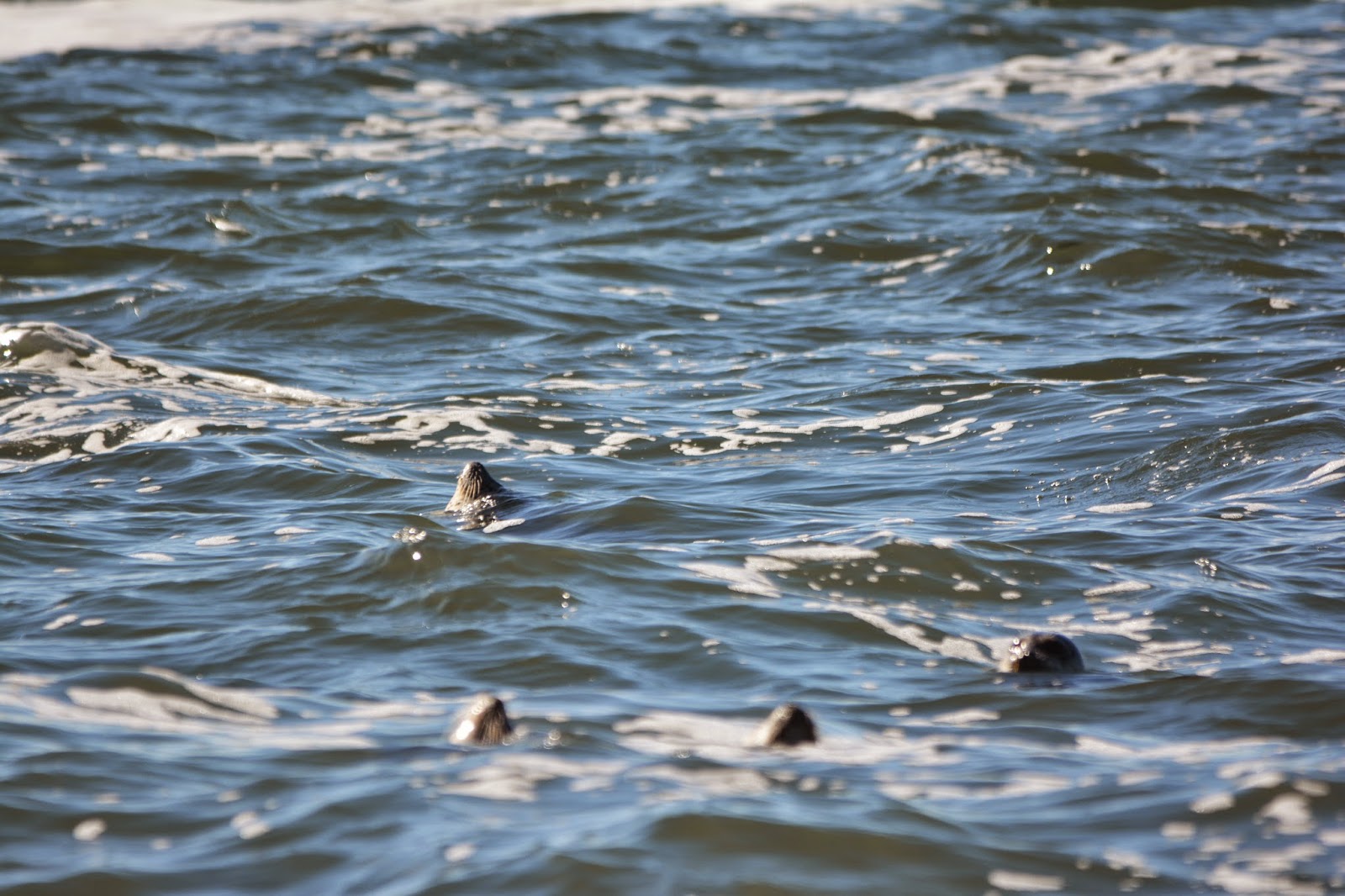 We also noticed some whales feeding quite close to shore. Getting a picture of them was challenging, at best! Mr. Dreamy caught a few pictures of noses, fins or flippers and after shooting a lot of 'film' caught this:
Thar she blows! 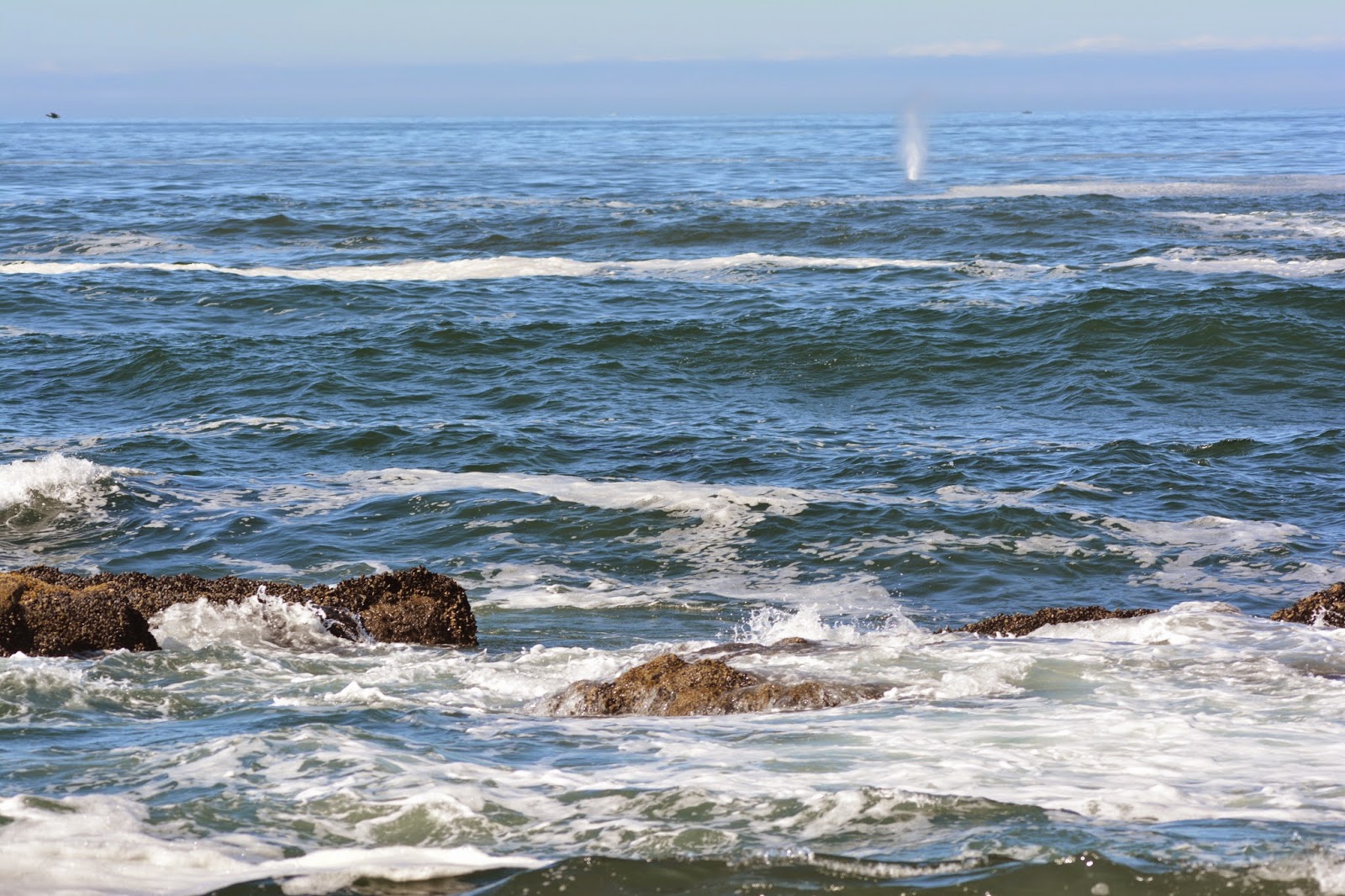 Visit Brenda's blog for another perspective and lots of images from our trip down the coast.