From Charleston to Vietnam

On our tour of Charleston we visited Patriot's Point Naval and Maritime Museum. Who knew that we would step from the shore of the Cooper River in South Carolina, directly into Vietnam?!

We walked into the brown water Navy support base. There was a river patrol boat in the shallow water ahead of me, tied up to a dock. It's engine was running, water was bubbling up from under the stern. 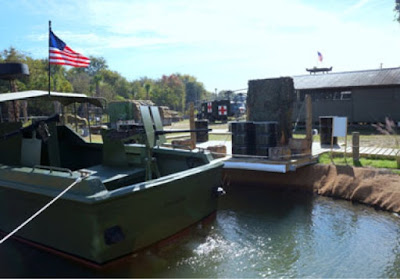 It made me wonder what it was doing there and where it was going. Then, I heard the sound of an approaching helicopter. I could almost feel my lungs react to the concussion of the blades. 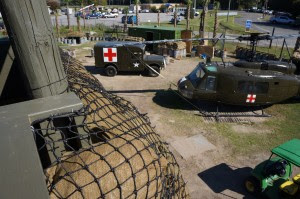 As I turned the corner there was a jeep, lying on its back, with smoke drifting from the undercarriage. I suddenly felt vulnerable. There was a spate of gunfire. The whistling of outgoing armament stood the hair up on the nape of my neck. 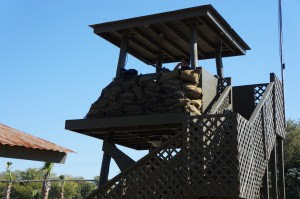 This is all part of the Vietnam Experience Exhibit at Patriot's Point. The museum claims it brings the Vietnam War to life. It seemed that way to me! The exhibit pulls you into the war experience with its sights and sounds. There are a number of buildings that would have been found on a support base. 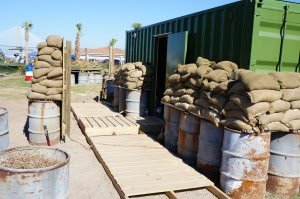 Some of the buildings house exhibits, others have video experiences that give the visitor a first person perspective of action during the Vietnam war.

*I was so in awe of this exhibit that I didn't even think to take a single picture.  The images I have posted are all from the Web Site for the Vietnam Experience at Patriot's Point.
at April 17, 2016