We lucked out! There was a scheduled launch of an Atlas V rocket while we were camped in Titusville. We were about 15 miles from the launch pad, and were told we could see it from the campground. A few of us managed to stay awake for the 11:04 PM launch. (that sort of thing is getting more difficult as I get older!) At the appointed hour, the horizon brightened, and shortly after we saw the ball of fire powering the rocket into the sky. Eventually the sound reached us. And not too long after that, the bright light grew smaller, and dimmer, until it was no longer visible. 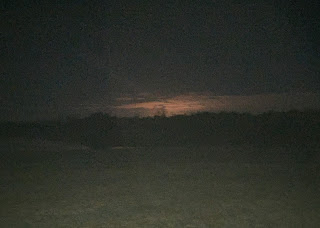 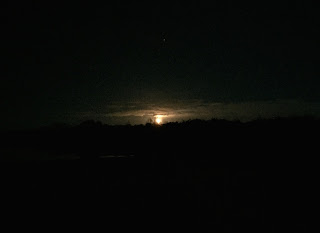 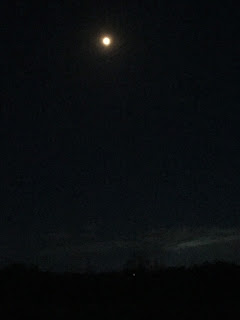 Waiting and watching the launch took me back to 1993 when we made the trek to Florida, with our best friends and their children, to watch the launch of space shuttle, STS-51(Discovery).

Our son’s teacher’s brother (did you get that?), Frank Culbertson, was the commander of this mission. He had visited the kids' classroom and they were so excited to "know" an astronaut. We were kinda excited, too! We questioned why we even bothered to rent hotel rooms as we were out of the rooms by 4:00 AM to head to the viewing area. It was a long wait in the wee hours. When the shuttle launched, we were all transfixed. The children jumped up and down, squealing with glee(was it excitement, or the half dozen donuts they had consumed?!) Tears formed in my eyes. The trembling of the earth, and the following roar made my heart pound in my chest. Wow! What an experience!

After that launch we took our kids to the Kennedy Space Center. I have pictures… but they are home and I am not. I do wish I could see them as I’d love to compare “Then” and “Now”.  I was very impressed with the changes in the Space Center over the last 23 years. The bus tour, included with admission, was informative. We were dropped at the Apollo Center. This long building houses a Saturn V rocket, suspended just over vistors' heads. Also in the building are two excellent multimedia exhibits showing the firing room and the lunar landing. In addition, the space center visitor complex has two 3-D iMax movies and other interesting exhibits. I was very impressed.
at April 03, 2016