However, April 15, 1862 marked the date of the westernmost conflict in the Civil War with the battle of Pichacho Pass. In my opinion the term 'battle' seem a bit grand, as the conflict involved only 10 Confederate cavalry attacked by 13 Union cavalry. The skirmish was mismanaged by the Union leader, James Barrett, and after an hour of shooting, with losses on both sides, (including Barrett himself) the remaining Union soldiers withdrew.

We were fortunate to be in the area of Pichacho Peak for a reenactment of the battle. Reenactment? Well, not really. But the men had fun pretending to fight and the spectators, including myself, enjoyed the day in the Arizona sun.

As I sat with Picacho Peak at my back, I could see the Confederate soldiers forming ranks in the field. In the real skirmish, the men were all mounted. No horses here, sadly! 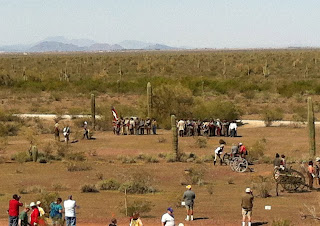 The Union forces advance with far more men than were involved in the original conflict. 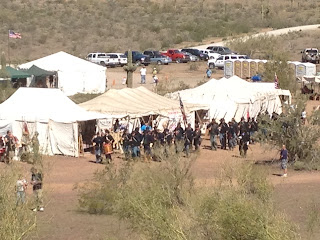 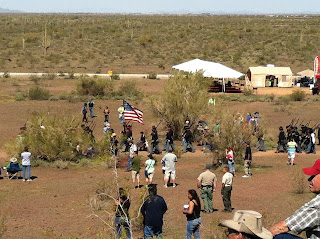 Cannons fire back and forth as the ranks engage each other in combat, taking shots at each other from the brush. The announcer explained that unlike real soldiers in the war, these soldiers would not die, at least not until their powder ran out. And, furthermore, with the investment made in purchasing the authentic clothing, most would not fall to the ground! 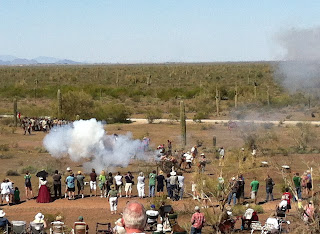 Following 'the battle' we wandered through the encampment.  Most of the reenactors camped out for the weekend and one could occasionally glimpse a concession to modern times when blowing tent flaps revealed inflated mattresses or comfy cots. We strolled through at lunch time. Some groups remained true to the times, dining on cold sausage and large chunk of cheese on tin or wooden plates. Others enjoyed another concession to modern times, purchasing burgers and chips from the concession stand. (So, is that how we got that word?!!)

Many individuals and groups displayed various antiquities. A woman was spinning brown cotton, and explained the differences between types of cotton; white, green and brown. Did you know that there was something besides white cotton?!
Antique fire arms were exhibited, including this Gatling gun. This particular model had a 'stick cartridge', the long, black rectangle on top, which held about 20 rounds of ammunition. More cartridges are stored in the box next to the gun. 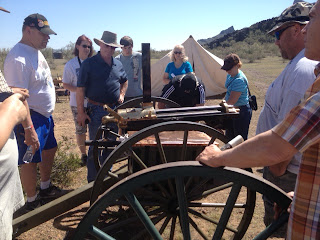 Medical equipment of the day was displayed and a 'Doctor' shared the gory details of field surgery. One fellow rather enjoyed remaining in character as he looked for medical help! 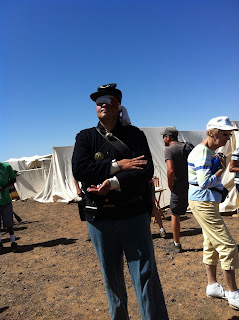 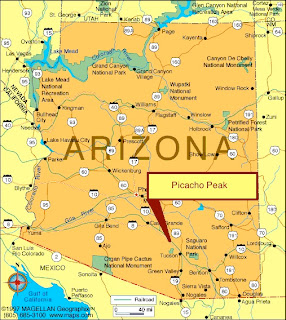