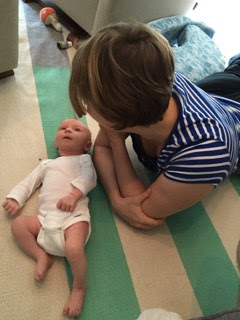 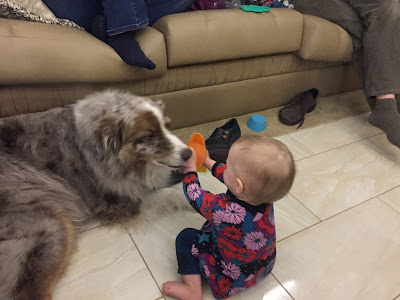 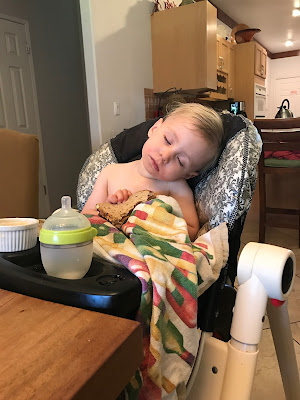 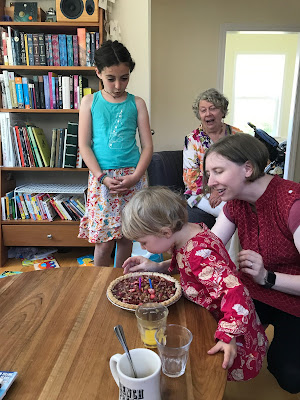 Our son and daughter-in-law invited us to Alexis' third Birthday party.... and then mentioned that maybe they could use some help with the Birthday cake! OK... I can help. I used to enjoy making themed B-day cakes for my kids.

Alexis does not watch TV (they don't have one)... but she has been allowed to watch Puffin Rock shows on the computer, an animated show originating in Ireland. So... Grammy CiCi looked at pictures from Puffin Rock and planned how she could make a cake... and cup cakes... that were Puffin Rock themed: 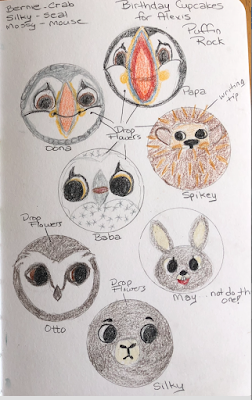 We thought they were crazy!

One batch of the recipe made... one 9" round cake... or 15 cupcakes. I baked 5 batches of the recipe... two for the cake and three for cupcakes. Oh, and I made another trip to the grocery store for more butter. Ugh!

Then I began icing the cake... using a cream cheese icing. The "Mr." made another trip to the store for more powdered sugar. I was less than organized!

I forgot how long it took to making icing, color it and squish it out of a decorating bag. I became very frustrated. The cupcakes weren't going to happen... not as I imagined them. But, a quick fix was to color the icing and make a rainbow... it's all part of "Puffin Rock".

The party was being held in a small park just down the street from our son's house. The weather was perfect. The bounce house was delivered and set up and people began arriving. There were toddlers and babies and kids all around. The moms and dads stayed, too. Pizza arrived. Many, many pizzas! 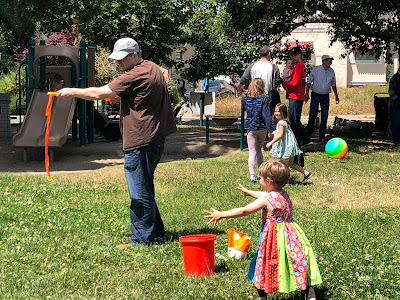 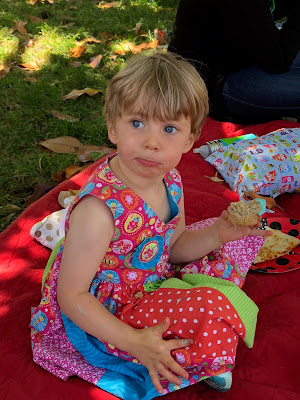 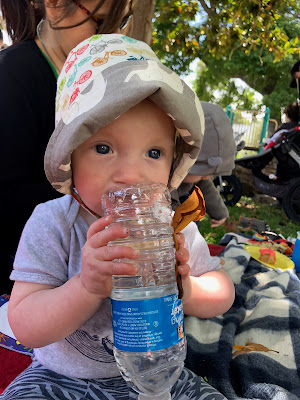 Then we brought out the cake(s). The party goers enjoyed the cake. I received many complements on the applesauce cake itself. After three hours, folks began to leave and the party wound down. The party did not meet our expectations of a disaster waiting to happen. Everyone had a great time. There were only a few tears from minor bumps or affronts. There was one scuffle over who should have a certain stick. And there was only one toddler who went home in wet pants! It was a phenomenal day! 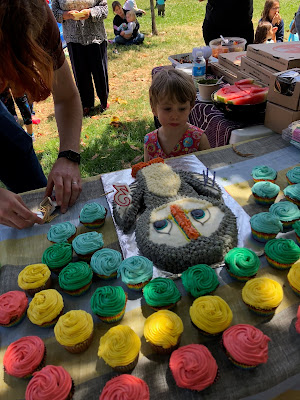 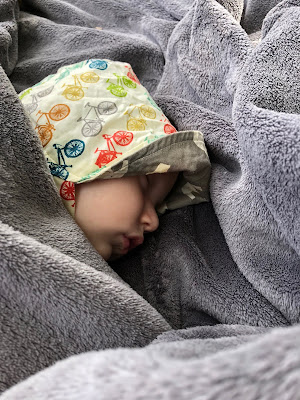