Our cruise took us to the "Big Island" (Hawaii) where we planned to take a helicopter ride to see the lava flowing from Kilauea. It was raining and our flight was cancelled. Flights later in the day were "iffy". So, we did the next best thing; we rented a car and drove up to Hawai'i Volcanoes National Park. We stopped and had lunch on the rim of the volcano. This was the view from our table. The size of the caldera, the crater area that looks like a barren plain, is 2-3 miles in diameter. Inside the caldera is an active area called the lava lake. 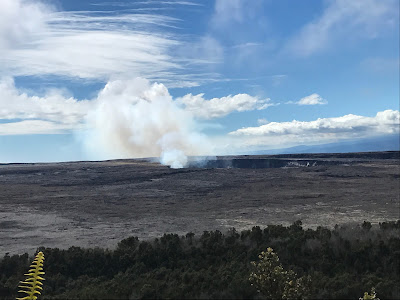 This picture (borrowed from the Park Service site)
shows the lava lake from the Jaggar Museum.
To give you an idea of the size, the lava is spewing up 10 - 12 meters. 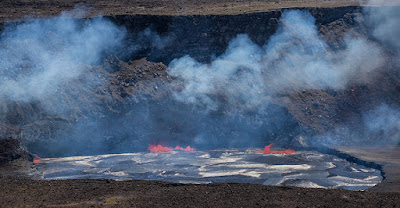 At some point in the future, the lava lake may look like this rippled lava found at the Craters of the Moon National Preserve in Idaho. We Dreamers stopped there on a trip in 2013, and unbelievably I never put up a post about the visit. 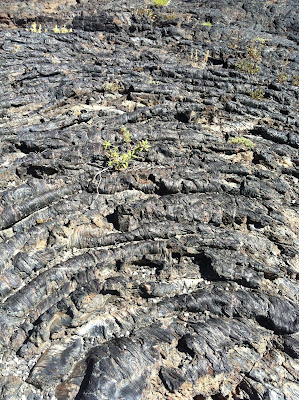 The name of the park is apt. The scenery does look like something out of this world. It is estimated that lava last flowed here 2000 years ago. Whoa... it obviously takes a long time for vegetation to get going again. 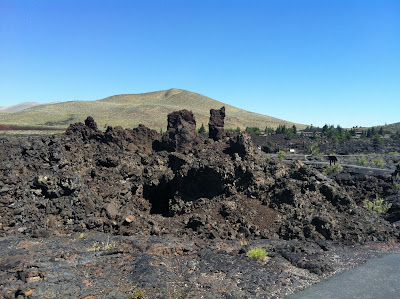 Both sites had a lot of information about lava. Lava isn't all the same. The form it takes is determined by what the magma, the molten lava, is doing and how it is cooled. Here are just a few examples:


Spatter
Molten lava that cools when it is ejected.
It looks like bubbles. 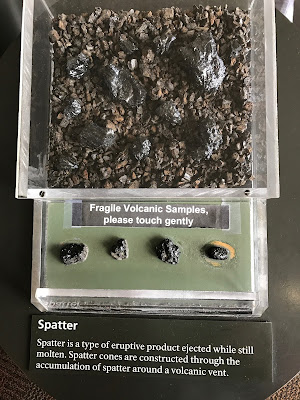 Pele's Hair
Pele is the fire goddess. She is the creator of fire, lightning, wind and volcanoes.
Fine strands of glass that are created when lava is thrown into the air 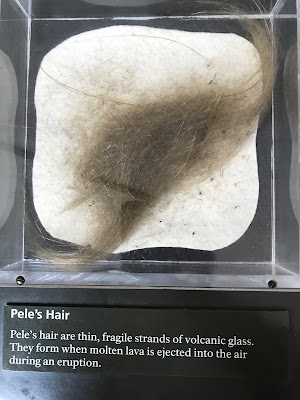 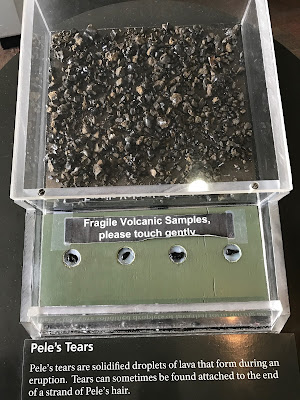 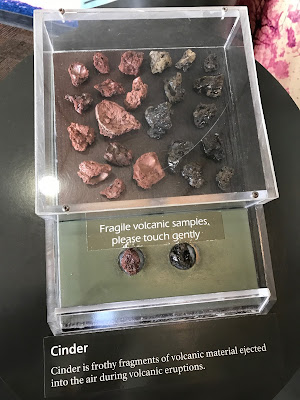 As lava flows the top begins to cool and ripples solidify. 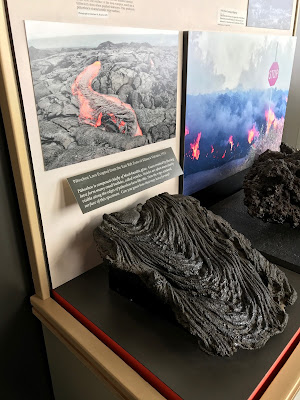 A lava tube forms as the exterior solidifies and the interior continues to flow. 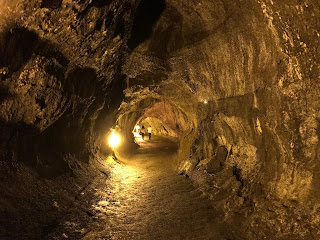 One the tube is formed, lava from later eruptions may find its way through the tube. The line on the wall of the tube shows the height of a later flow. 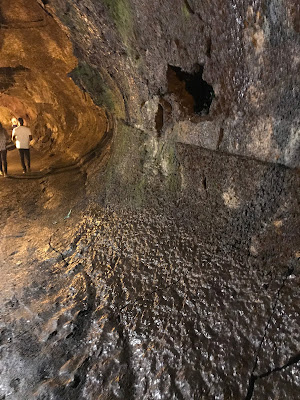 Kilauea's lava erupted from a vent in May, 2016 and slowly made its way to the ocean, 16 miles away. The lava began to enter the ocean in late July. Lava tubes have formed in some areas and molten lava can be seen through "skylights", as seen here.
This is a shot I took with my cell phone as the cruise ship went by Kamokuna, showing the lava and the cloud of water vapor mixed with sulfur dioxide and hydrochloric acid. 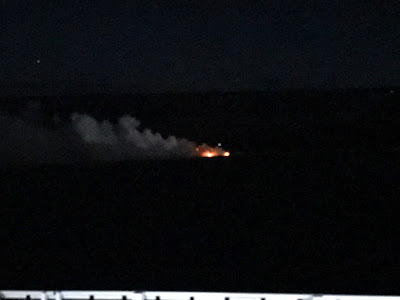 This photo from the Atlantic.com "The Atlantic Photo" site shows the lava coming over the cliff to the ocean as seen from a tour boat. 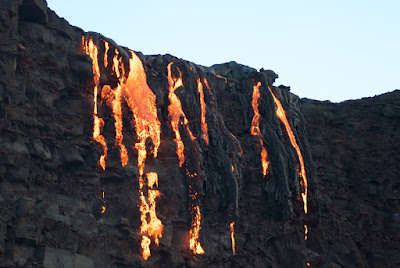 The lava has covered sections of the road that used to run along this side of the island. Visitors may hike to Kamokuna to see the lava fields, however we Dreamers didn't have the time. To be honest, we likely would not have had the energy to make the trek. The hike is almost 8 miles over rough lava each way. But, oh, to see it up close. It certainly would be truly awesome!
For more pictures and information about the volcano visit:
A Photo
National Park Service