Third Time.... Was Not the Charm

After ordering furniture and having it delivered, we then began to think about lamps. The lamps at the furniture stores were too pricey. I have ordered a few things from Wayfair, and I found a few lamps that I liked, so I placed my order.

The lamps arrived within a few days. The good news is that the Mister liked the bird lamp, even though he wasn't a fan of it in the online picture. The bad news is that the glass lamp was broken. I went to the Wayfair site to report the damage. I submitted pictures of the broken lamp and within seconds of pushing "enter" I had a message that a replacement lamp was on its way.

I received a call from Fed Ex a few days later. Uh oh! I immediately asked, "Did you break my lamp again?!" The employee was a bit nonplussed, and explained that he was calling for the driver who was trying to deliver the lamp on a Saturday to our RV resort. The resort's office was already closed, and he wanted to know what the driver should do. Since I was not at the RV resort I asked if it could be redelivered to our new home. No problem!

And of course, when the lamp arrived, it too was broken. Perhaps the driver tossed it down in frustration at not being able to deliver it as it was addressed! 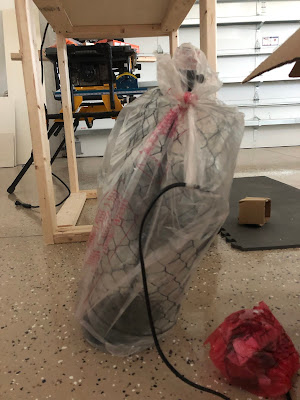 By this time I decided that the lamp was never going to arrive in one piece. I called Wayfair. They offered to have it double packed. I suggested they send a different lamp instead. The employee was most apologetic, and even gave me a discount. A few days later, the replacement of the three broken lamps arrived in one piece! Finally! 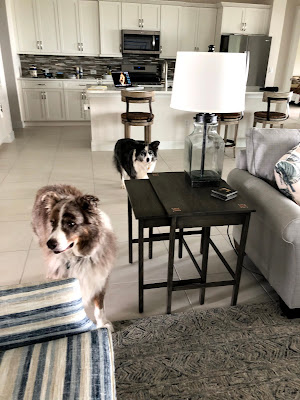