I'm going to step back in time a bit... back to this winter.

I tell people that living at RiverBend Motorcoach Resort is like being at camp... without the enforced rest hour! They are quick to add that we also have access to alcohol!

Here is part of an "end of season" poem that I wrote last year:

This year we had Bunco and Bingo and of course, pickleball too
Zumba, line dancing, and karate, which did you do?
We had Croquet, and Crafting and Chicks with sticks
And yoga, and water volley ball, how does one pick?
People went fishing and boating and floated in the pool
Some folks read books, while others helped at the school.

The days are filled with all kinds of activities, and often there are several things happening at one time. It's hard to choose!

This year I was president of the Creations Guild, so much of my time was spent organizing classes, revising schedules and doing other Guild stuff. I didn't play as much Pickleball as I'd like... maybe next year! I didn't get to bocce ball at all, and I didn't do corn hole. I stopped by a few times to watch on my way from one thing to another and the group seemed like they were having a great time. I played Mahjongg two or three times a week, and I did do morning yoga a few times, but I missed out on water aerobics. Everyone said that was great. I did get some sewing projects completed, but there are still a bunch to be done. I brought my hammered dulcimer with us from California and I attended a 3-day workshop in Mt. Dora. That was awesome. I try to practice a bit just about every day.

My end of season poem for this year included:

If it’s Monday it’s pizza and some Fridays it’s fish,
Bar food on Wednesdays is always delish.
And on Tuesdays and Thursdays we can buy a great lunch,
And on Saturdays we eat with the Breakfast bunch.
Some Fridays the food trucks are parked out in the yard
Philly cheesesteak, wings or seafood, the choice is so hard.
Cattlemen’s dinner was another special treat
Piling our plates with far more than one person could eat.
We’ve enjoyed some catered meals, and some pot lucks as well
I’ve gained a few pounds and my diet’s gone to Hell.

The amazing thing about RiverBend is how people volunteer to do just about everything. I think the "culture of volunteerism" is what makes this place special. I was lucky enough to be able to help out with the seafood lunches on Fridays. (More about that on the next post... maybe!)

As I write, "camp" has come to a close. In March and April more and more coaches went out the gates. Fewer activities were held each week, and by now almost nothing is going on. However, I am finding the slower pace is actually pretty darn nice... it is almost like having that enforced rest hour!

Here are a few pictures of us having fun this year! 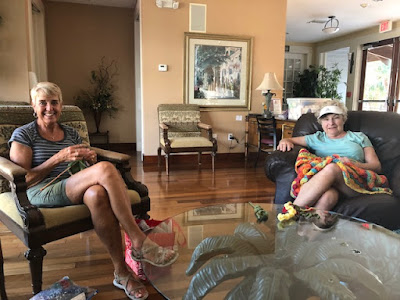 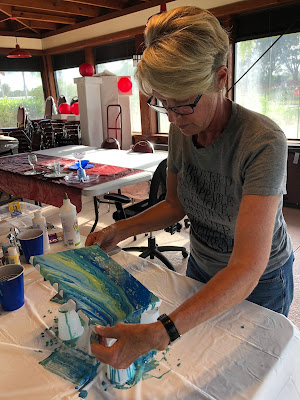 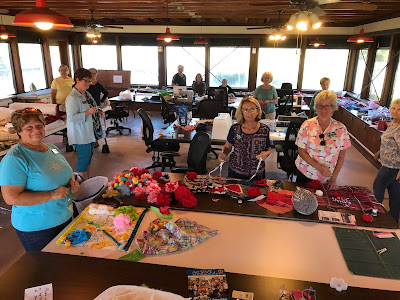 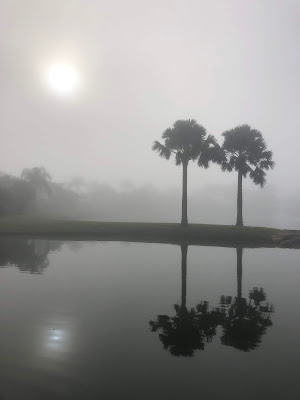 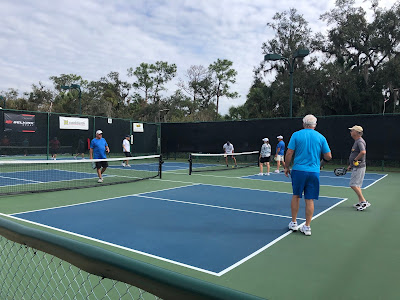 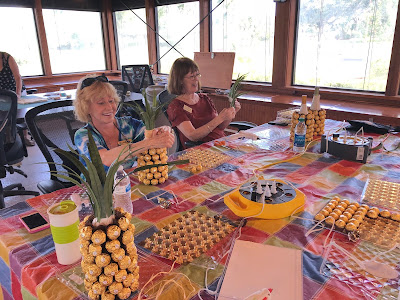 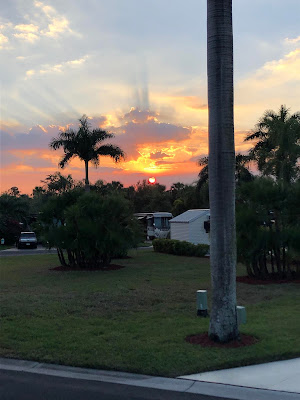 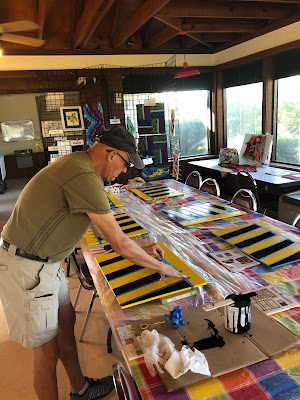 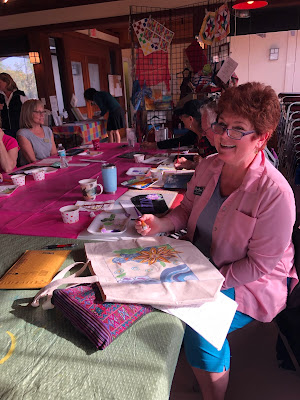 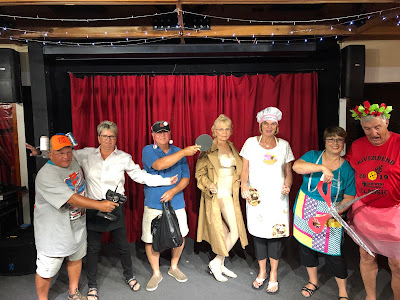 I can't wait for everyone to come back in the fall!