Making Lemonade out of China

A few weeks ago a package arrived that was addressed to me. It was a surprise. I hadn't ordered anything. Hmmmm. The package rattled. It didn't sound good. 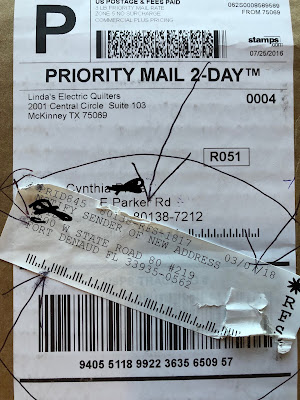 The Priority Mail label showed that the box had been sent to me at my Colorado address, and had been forwarded to my new address. The box was full of china. My old "everyday" china. China that I had either sold or given away when we were preparing to move away from Colorado. Now, most of it was broken china. 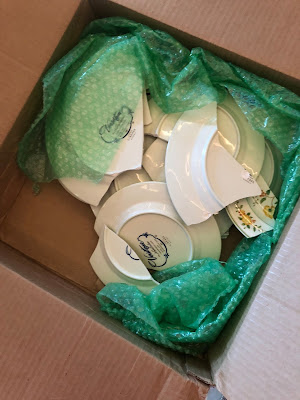 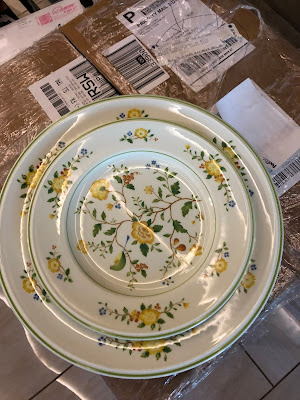 The return address was a company called "Linda's Quilters". I called the shop to enquire as to why they were sending me plates in the china pattern I used to have. They had no clue. They had no record of sending anything to me. 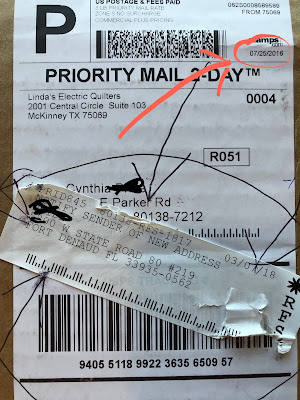 Then I looked at the label again... the date on the postage label was 2016. Hmmmm....
So what I am thinking is, after a discussion with the Post Office, the china was put in this box by me. A box that was originally sent to me in 2016. The china was either sold or given away and was sealed with packing tape (even though the plates were not carefully packaged.) Wherever the box went, whether it was a thrift shop or a resale shop, someone looked at the label and exclaimed, "This box has been misdelivered! It needs to be sent to Cyndi in Parker, CO." The PO looked at it and said, "Oh, no! Cyndi doesn't live in Parker, she's in Florida. Let's send the package to her there." No one looked at the original date of the mailing label. And so, the packaged was jostled and bumped, and dropped, and tossed and it finally arrived where I am currently living.... mostly in pieces!

Well, I had chosen to sell, or give away the china a few month ago, so I wasn't too saddened at its sorry shape. But, instead of throwing it out I decided to use it for a project. I took the pieces... 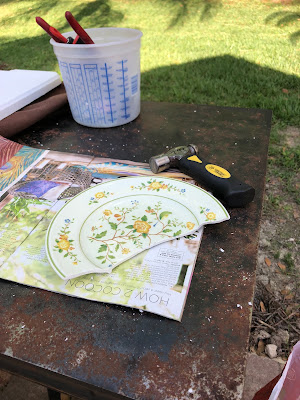 and used a hammer to make the pieces even smaller! 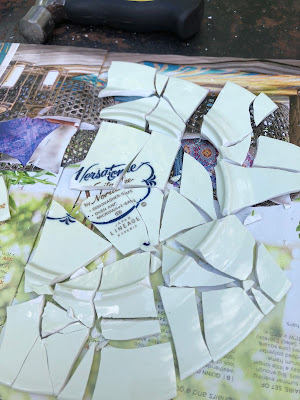 I used mastic and adhered the pieces, as well as those of other broken plates, pieces of glass and sea
shells, to a terra cotta pot. 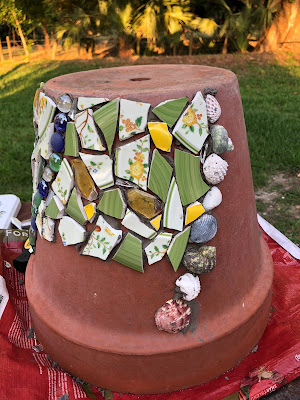 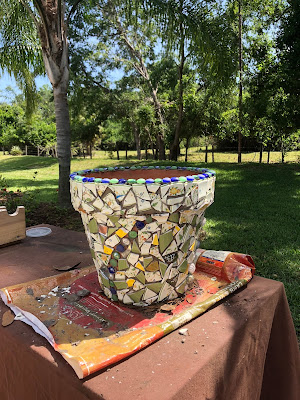 Once dried I applied grout to stabilize the pieces of plates and glass. 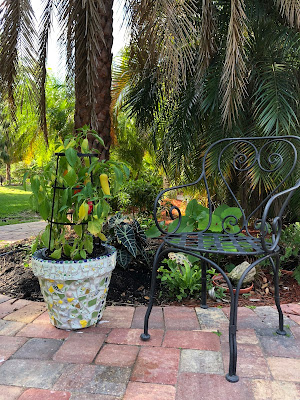