After our cruise we headed back to Maui. Our son had done the research and found a home large enough to accommodate family and friends. It was lovely. It was perfect!
The house had 5 6 bedrooms. We discovered a hidden bedroom that opened onto a lanai, which was also accessed through the great room. Darn, we could have invited more folks! The lanai opened onto a yard fully enclosed by a tall block wall, which made this grammy relax a bit, not having to worry that Alexis could slip out unnoticed, and end up in the street. 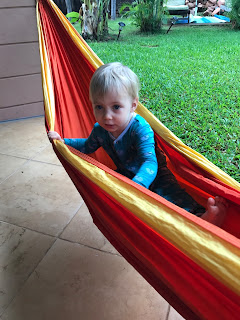 The central feature of the home was a large great room that easily accommodated 9 of us. We could all relax on a sofa our lounge chairs, or pull up chairs around a large dining table to enjoy meals prepared by several folks. The kitchen was large enough that it permitted 3-4 cooks to work together without killing each other. I was thrilled that Rita and Paul (on the right) love cooking. Rita and Paul, friends of our DIL and son (on the left) live on Oahu. They stopped at Costco to stock the larder, and what a magnificent job they did in estimating what 9 folks might eat in a week in Lahaina! There were not that many items left in the fridge when we pulled the door closed at the end of our magical time together. 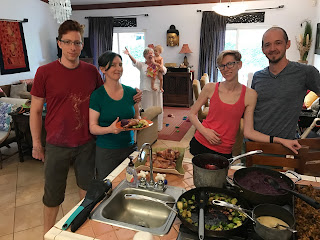 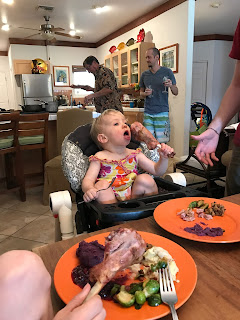 The beach was a short walk from the house.
There was a breakwater just off shore, so waves were at a minimum. 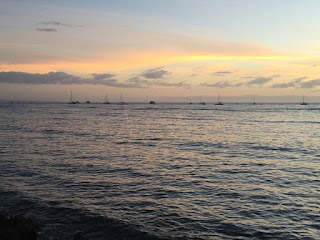 Our son rented two paddle boards and the house had a number of floats
and lots of beach toys. The little one really enjoyed the beach. 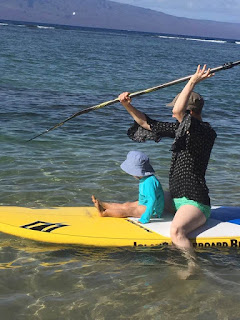 I tried my hand at paddle boarding. I experienced success until I became a bit cocky and got caught by a small wave. I still sport a bruise on my derriere where I hit the board on the way down! 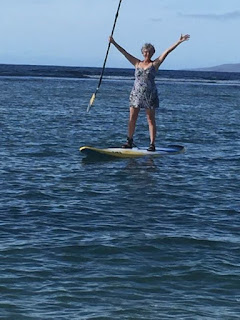 After a morning at the beach,
Alexis couldn't even make it through her lunch! 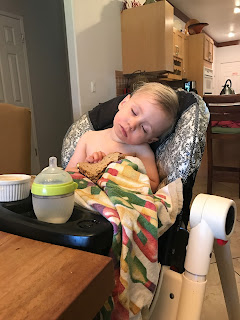 We had planned to go see hula dancers,
hoping she would feel happier about wearing
the silly hula outfit her Grammie had made for her! 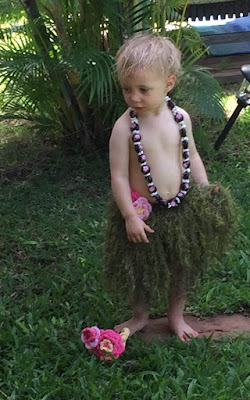 Another day we stopped by the Maui Ocean Center in Maalaea.
The center has numerous aquaria showing indigenous sea animals. 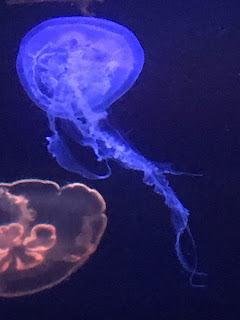 The jellyfish are mesmerizing.
I enjoyed watching the octopus.
But my favorite was this funky fish, a frogfish. 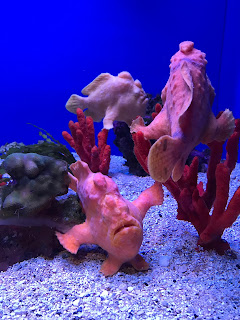 We decided to go fishing with a charter company.
This was our haul. 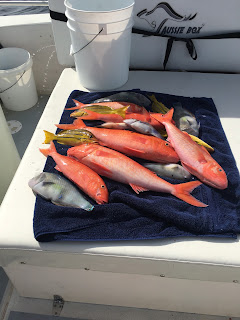 I can't recall the name of the orange fish,
but I caught the largest one! 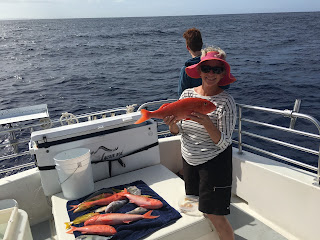 It was tasty - being quite mild in flavor.
The yellow fish are invasive. They aren't good eating
and are used for bait.
The grey/blue fish are Nabeta, a parrotfish.
We were told these guys are serious fighters and biters! 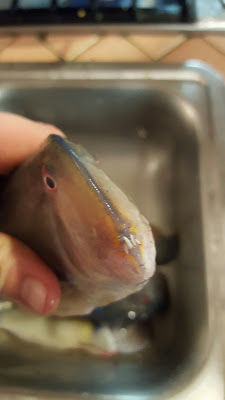 The Nabeta are rarely found in markets or on the menu at restaurants.
They are so tasty that fishermen keep them and share them with friends.
We were told to coat them in flour and pan fry them.
The skin tastes just like fried chicken skin, only lighter.
The flesh was creamy in texture and taste. Yum!
(And this is from someone who is not much of a fish eater!)

Other scenes from Maui: 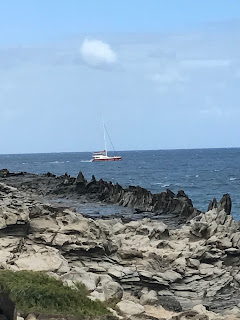 The crater of Haleakala 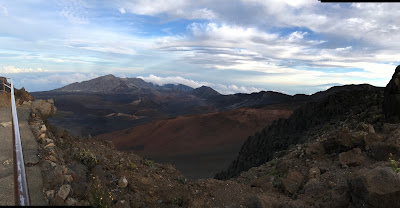 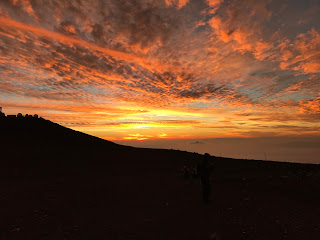 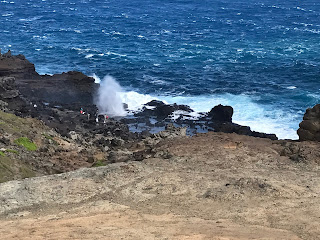 Our sweet granddaughter trying to fill her Uncle's shoes. 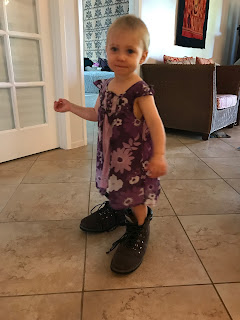 And sadly, our week came to an end and we all went our different ways. 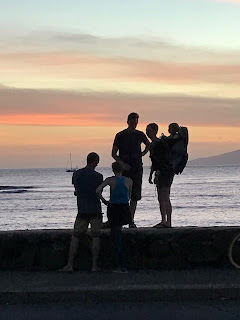