I separate Malachi (the bony pony) from the herd to feed him. He is such a sweet, gentle horse that he lets anyone steal his food. I've gotten to the point where I don't tie Malachi any more. Once he has finished his meal, he has the opportunity to wander around in my back yard (which is fenced) until I have the inclination to put him back with the herd. 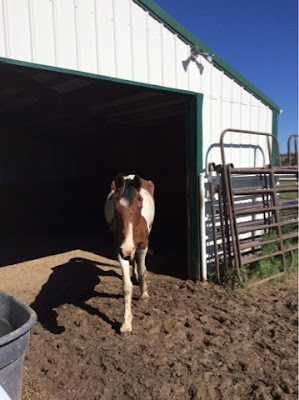 We Dreamers noticed that Malachi likes eating the weeds growing on the gravel driveway.  Knowing that there are many poisonous plants (to horses) in he world, I checked up on what he was finding so tasty. He was eating the Redstem Fillaree. 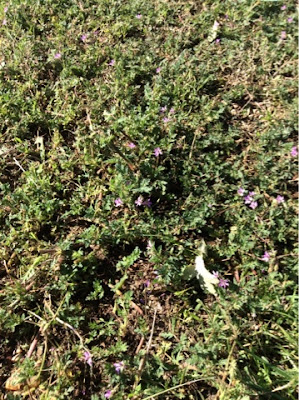 After a little research I discovered that Redstem Fillaree has the highest percentage of non-structural carbohydrates of all weeds generally found in the Rocky Mountain area. It has higher levels of sugar than grasses. So, does Malachi instinctively know that the Fillaree will give him the biggest bang for the bite?
Further reading yielded information linking Fillaree with laminitis. I had little concern for that, given Malachi's slim build. But, a suggestion that Fillaree might cause issues in digestion in the "hind gut", causing colic, and that nitrates found in Fillaree at some points during the growing season, can be toxic to equines, had me stepping out to put Malachi back with his buddies in a hurry!