A Visit to Ceausescu's Palace in Bucharest

From the unprepossessing exterior of the "Spring Palace" one would have no idea of the opulence and grandeur to be found inside. This was home for Romanian Dictator Nicolae Ceausescu and his family form 1965 until the execution of Nicolae and his wife, Elena, in 1989. 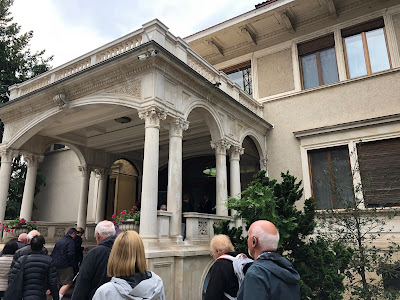 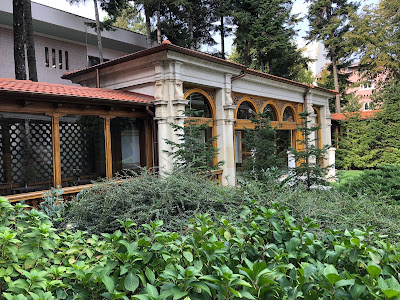 Once inside the residence, the furnishings are astounding. 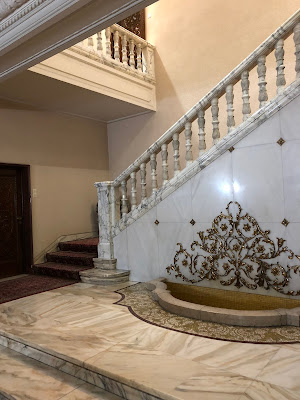 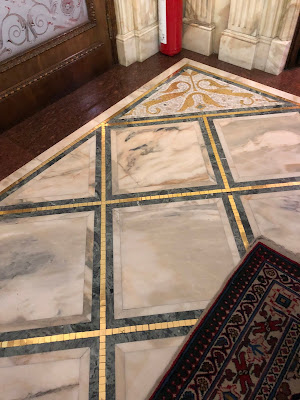 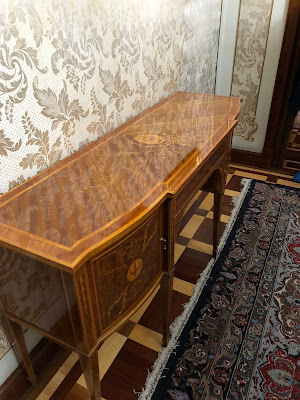 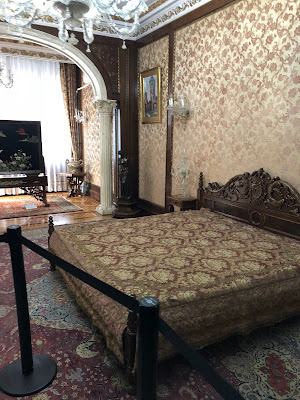 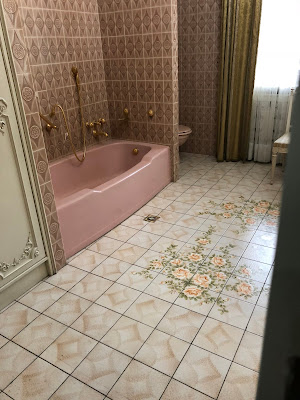 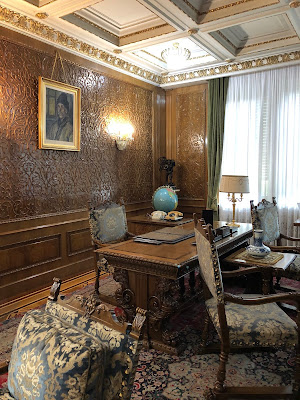 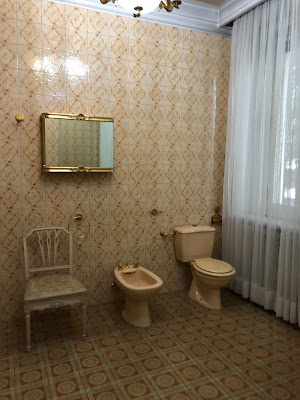 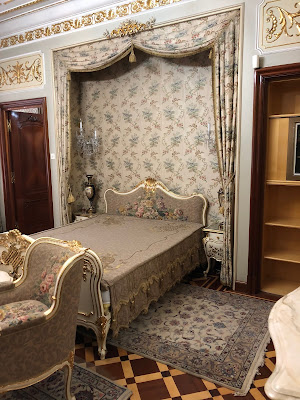 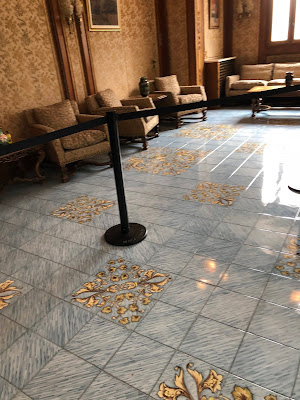 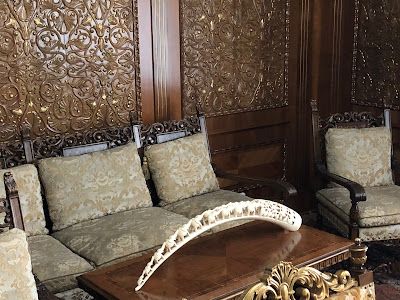 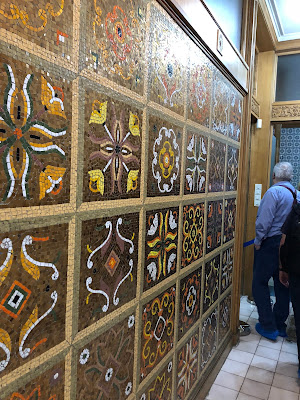 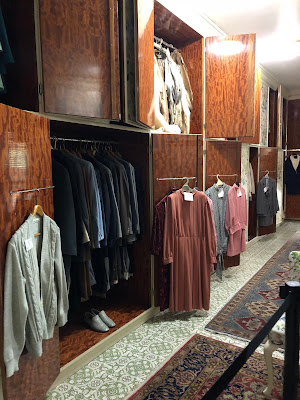 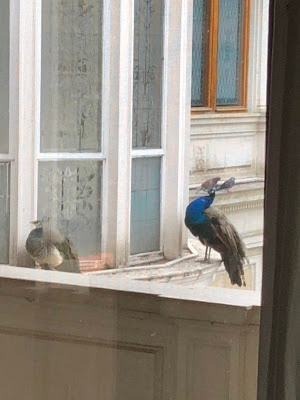 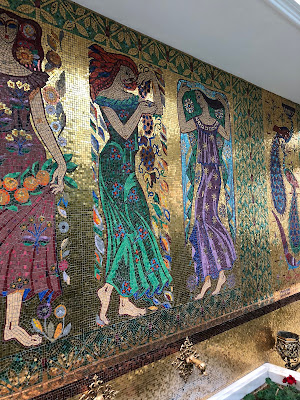 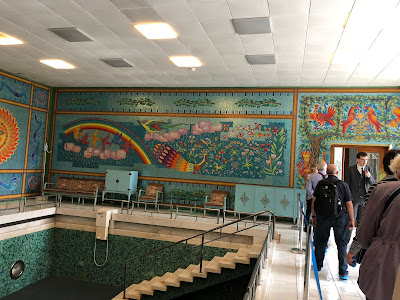 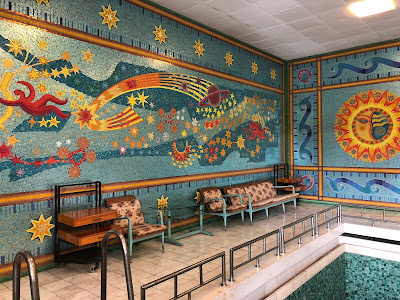 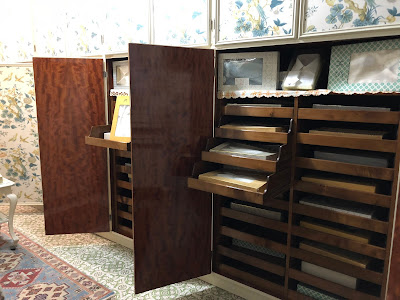 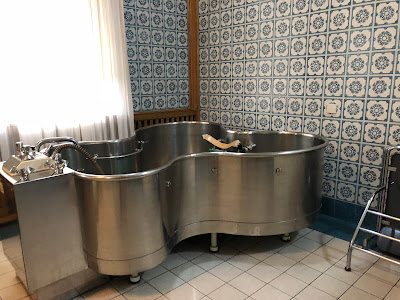 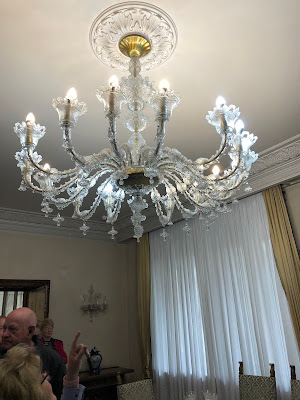 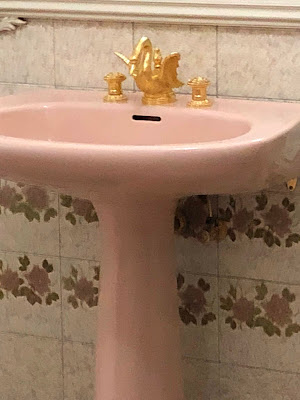 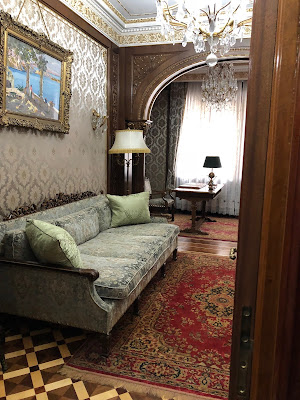 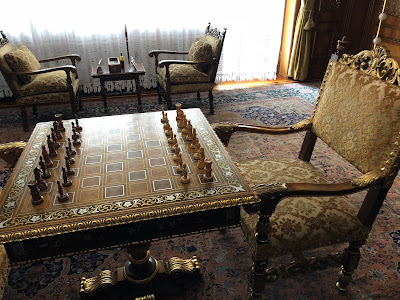 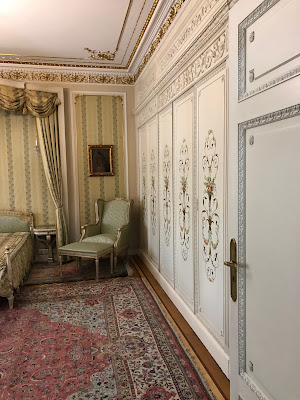 From what we learned on the tour this was a case of having everything, but in some ways, having nothing. The three Ceausescu's children lived an isolated life. They could not bring friends over to the house, as no one was to know the high manner in which they lived. How sad for them.
Personally, I became agitated by seeing the opulence, knowing that so many people went without.
Nicolae and Elena were executed by a firing squad on Christmas Day after a brief "trial".