This weekend we took part in a rally of the Rocky Mountain Allegros, a group of people who own the same brand of motorhome as we do, and also live in Colorado. We try to get together monthly, from March to October, meeting at a campground and visiting local areas of interest and enjoying a few meals together. Looking at this picture, you might think that we are 'the old ones'! 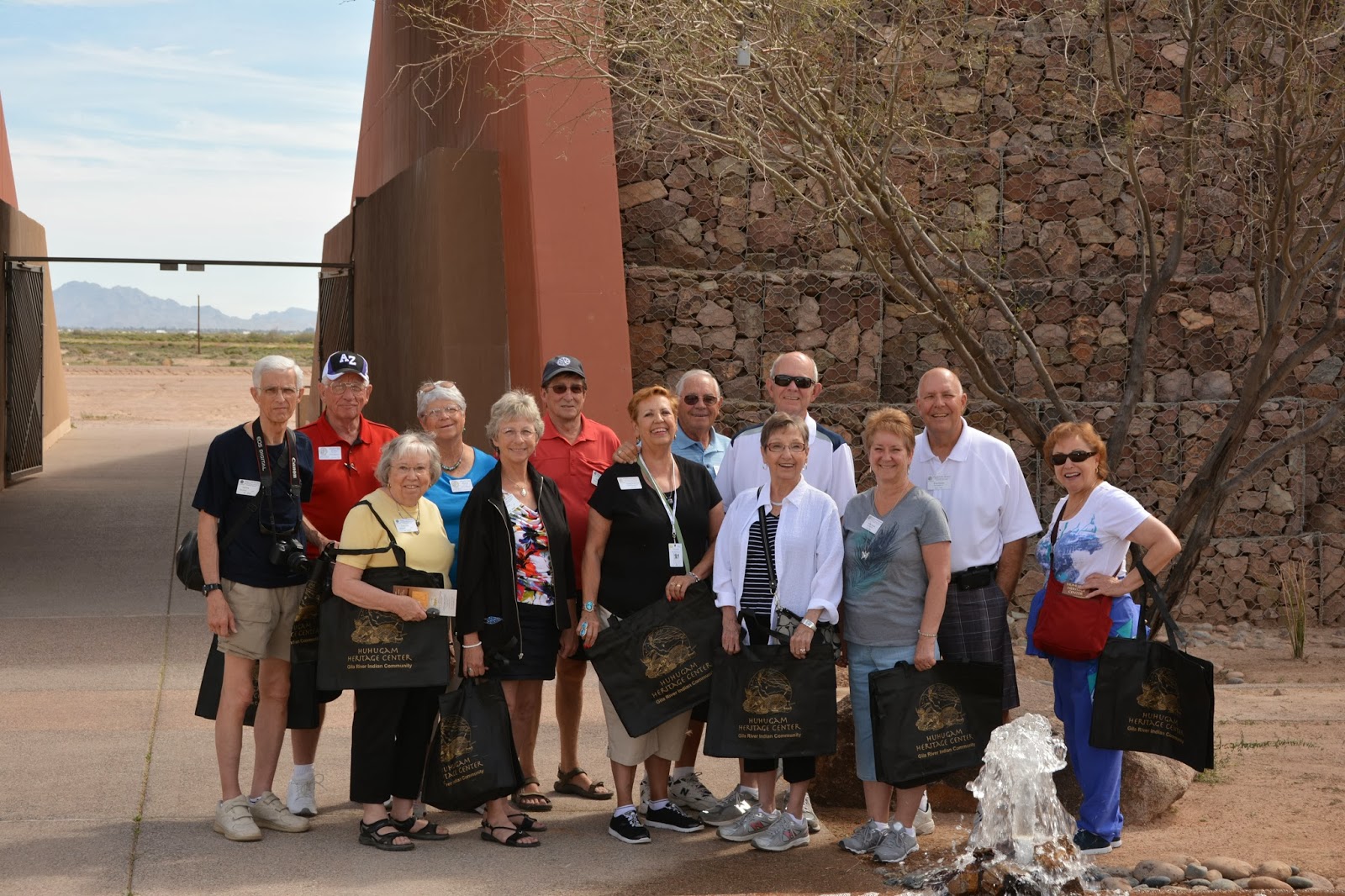 However, we are not. The 'old ones' is a loose translation for the word, "huhugam", which means "the people who have disappeared", referring to ancient tribes. As a group we visited the Huhugam Heritage Center just south of Phoenix, AZ.

The architecture and the symbolism of the facility is very interesting. Local tribesmen were invited to planning sessions for their input in the design the building. The outer, circular structure was designed to represent the shape of pottery.

The interior walls were terraced to represent the terracing of the land, centuries ago, for more efficient farming and water usage.

The woven ramada represents the ancient structures used for shade, as well as the weaving of baskets. 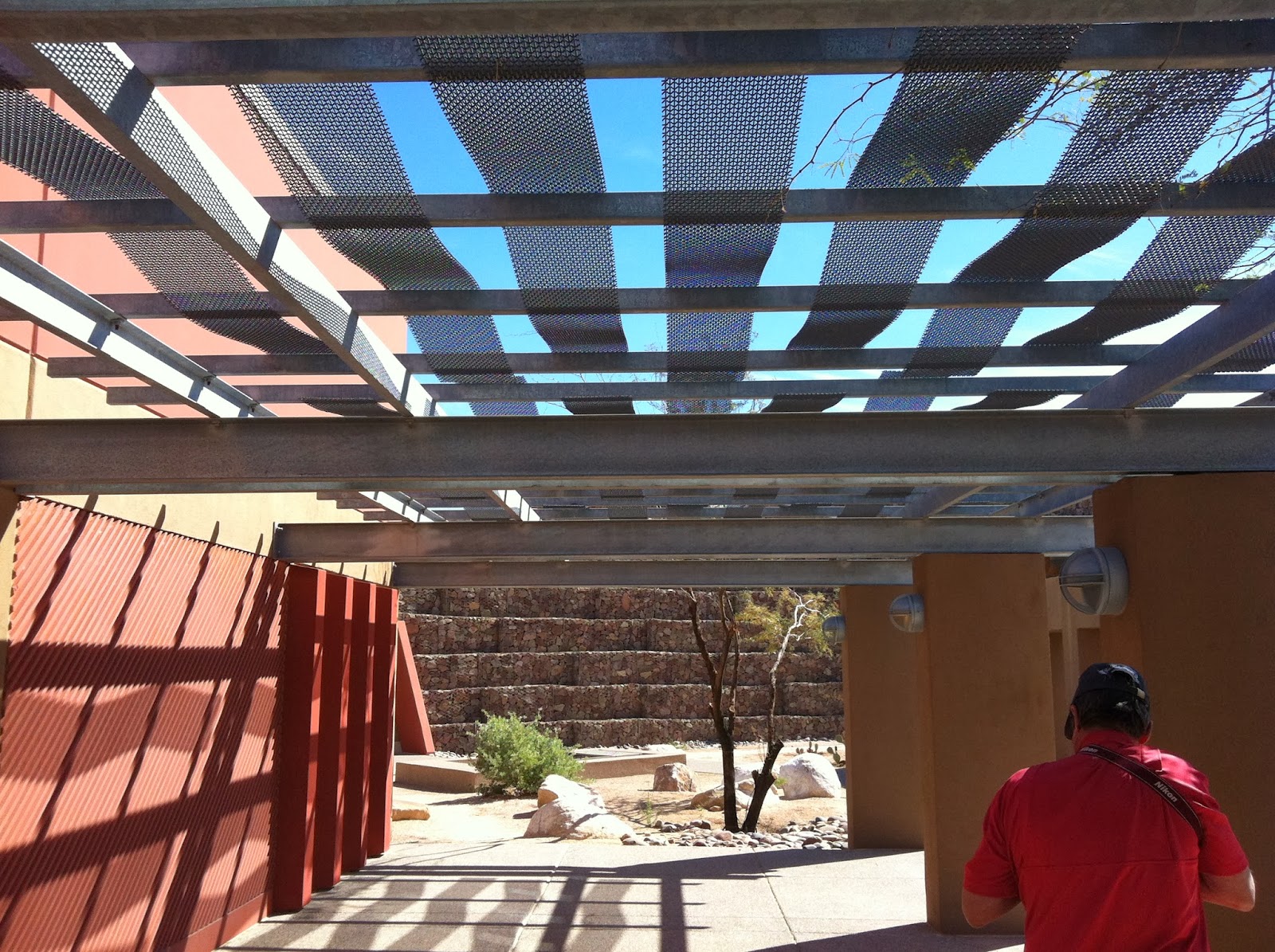 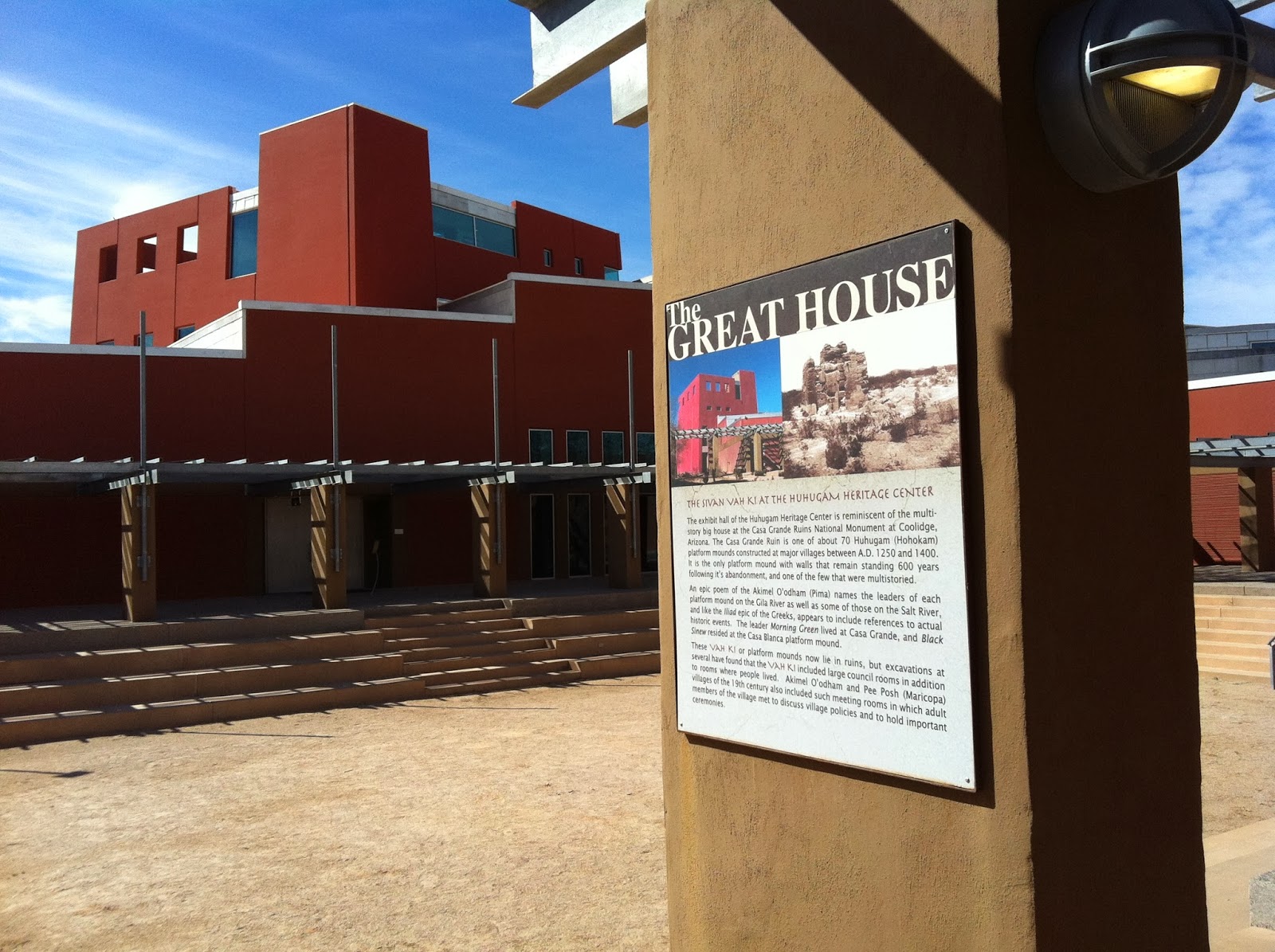 The top of the structure is open, with windows facing each of the compass directions. Posters explain the historic importance of the directions, and the land forms visible from that vantage point.

The Heritage Center has a number of exhibits and historic artifacts of local tribes. There is a library for tribal research and a retrospective of the role Indians played in supporting American conflicts, including Ira Hayes, one of the men memorialized in raising the flag at Iwo Jima.

Ira Hayes points to his image on Iwo Jima
source

Ira was memorialized in Johnny Cash's ballad that described Ira's heroism and his return to the hard-scrabble, unfulfilled life trying to farm in the dry Arizona valley.

There is much information about the role of water from the Gila River. For hundreds of years the valley was a rich farming area and the Huhugam created an elaborate series of canals for irrigation. As more land was settled, more and more water was diverted and little water was left for farming in the areas below Phoenix. The Gila basically ran dry until recently when more water was allowed to flow downstream.

In looking online the Huhugam Heritage Center has not always received favorable reviews. Apparently we were lucky to have an arranged visit and tour guides to explain the significance of each exhibit and answer our questions. If you happen to be in the area, I would recommend giving the center a call before heading that way.